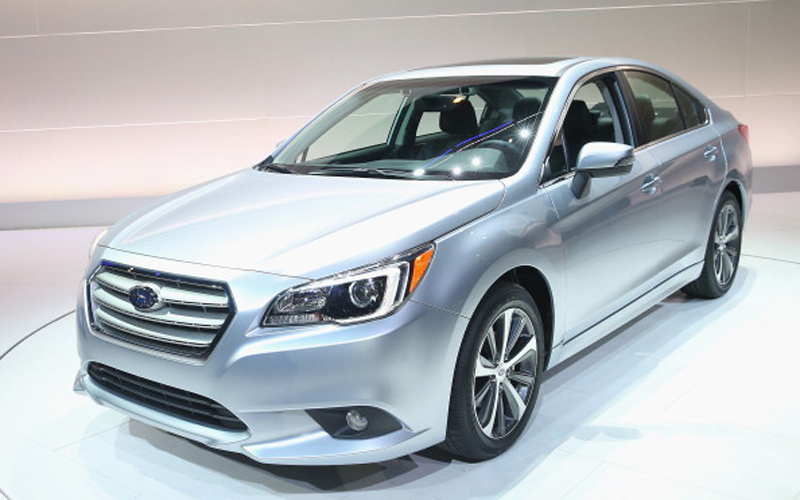 It’s not a surprise that the 2015 Subaru Legacy won Canadian Car of the Year.

Subaru isn’t flashy. Aside from its clever sumo wrestler aid campaign years ago, the brand remains relatively quiet in Canada. It feels as if they slowly, methodically, build cars that develop a cult following but never turn into a mainstream hit.

The 2015 Subaru Legacy is changing that. Despite it still looking like a mundane sedan (more on that below), it captured 2015 Canadian Car of the Year as voted by the Automobile Journalist Association of Canada—an impressive feat for an automaker that doesn’t have a huge footprint up here.

Boy, oh boy did the Legacy surprise me on the road. I expected a drive experience on par with a vehicle like the Toyota Camry—solely based on looks. But, I was as wrong as anyone who still sees Elvis walking around their hometown. It handled like a champ around corners, little body roll and always made me feel like it was in complete control. And it has some pep! I was driving the 2.5i Limited with Technology package—so this still had the base 2.5L, four-cylinder engine capable of 175 HP. A 3.6L, six-cylinder engine that pushes 256HP is available, but save your money—the setup I drove is incredibly fun, allows you to feel the road and moves well in the city.

Inside, Subaru’s Eyesight system, which uses cameras to monitor the road, behaved well above expectations. Similar systems from other automakers are set to beep, and scream at the smallest thing—if you come within five feet of the car ahead of you, if you touch the lane marker on a tight corner and so on. You can turn these on and off, but it was nice to experience Subaru’s system, which is set just right. If I was at a stop light and the car ahead of me moved as I momentarily changed the radio station, it provided a soft chime to let me know. Very helpful. It only told me about meandering out of the lane when it absolutely mattered. In short, it catapulted to the top of my list when it comes to these types of safety/intervention systems.

While the Eyesight technology is impressive, the interior infotainment system wasn’t all I thought it should be. Subaru was a bit late to the game in this area and it feels as if they’re still playing catch up. The navigation and voice commands were adequate—not as good as recent Nissans I’ve driven, for example, but got it right more times than not.

The actual controls didn’t make that much sense. Instead of having a highlighted audio/radio button around the navigation screen, they chose instead to take up two control spots with track/station forward and back buttons.

And, as alluded to above, the exterior design did nothing for me. Of course, this is very subjective, but with a vehicle that drives so well it would be nice to have a design that mimics that excitement. Instead, it’s bland and way too conservative.

It’s not a surprise that the 2015 Subaru Legacy won Canadian Car of the Year. Despite a few minor blips, the Legacy takes Subaru into a whole new level of respectability.