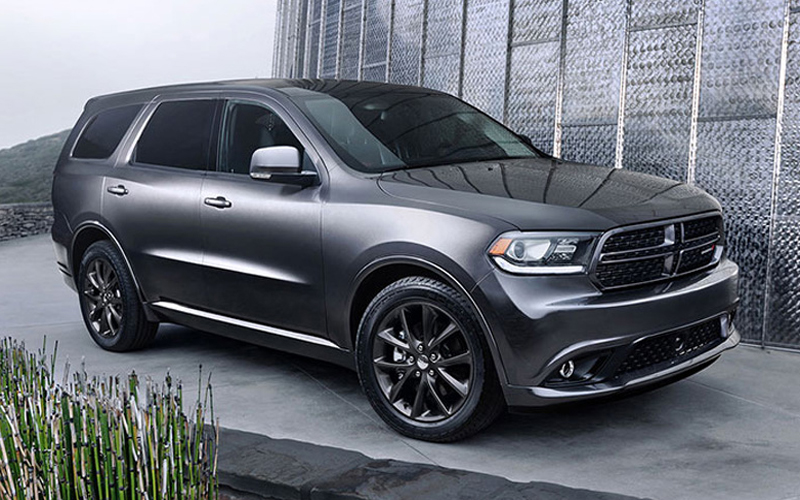 There has been an increase in seven-seat SUVs in recent years. Automakers such as Hyundai and Nissan have gotten into the segment with their Santa XL and Rogue, while others have refreshed and updated their existing offerings.

The Dodge Durango stands from the pack though, based solely on looks. It’s as if Dodge decided to take their American muscle heritage and pack it into a three-row SUV. If that was the objective, they’ve certainly succeeded.

First Impressions
This is one big boy. The bulging front-end and grille greets you with a thunderous slap to the back rather than a business-like handshake. It has a strong body and has a classic American design. There aren’t frilly add-ons or ornate design features that glimmer in the sun—just steel and chrome to mesmerize your eyes. It starts at $41,395 and jumps to $54,395 for the Citadel model.

What I Liked
I test drove the R/T AWD—the second highest trim, which starts at $51,395—that had every single bell and whistle included. This model comes standard with a 5.7L Hemi V8 engine capable of 360 HP and paired to an eight-speed automatic transmission—and, surprisingly, it drove like a dream. At first glance I expected a harsher ride from a vehicle so big and bulky, but this set-up delivers a drive experience that’s silky smooth.

The back two rows offer enough legroom for passengers and they fold down flat very easily when you need the cargo room—pull the handle on the back and they flop right down. I was able to fit boxes upon boxes after a lengthy Ikea trip, with room to spare.

My tester was outfitted with everything from a rear DVD entertainment centre to leather seating, safety technology (such as forward collision warning) and ventilated front seats. All of these are great and make the Durango an ideal vehicle for a family road trip. However, the simplicity of the steering wheel controls are always what stands out when driving a vehicle in the Fiat-Chrysler-Dodge family. Everything needed to control your entertainment is placed on the back of the steering wheel right where your fingers rest. They’ve been doing this for years and it continues to be the best layout for steering wheel controls. Period.

What I Didn’t Like
While the drive is smooth (and quite quiet), I really felt the weight of the vehicle. That shouldn’t be a surprise—this is, afterall, a big boy. But, oftentimes it felt like it was really dragging along, forcing me to hit the gas that much harder to get this guy up to speed.

Takeaway
The 2015 Dodge Durango isn’t for everyone. It’s aesthetics alone dictate that. But, if you’re in the market for a seven-seat vehicle and want an aggressive design and plush ride, the Durango hits both of those criteria dead on.