Snowbird Living: The Heat Is On 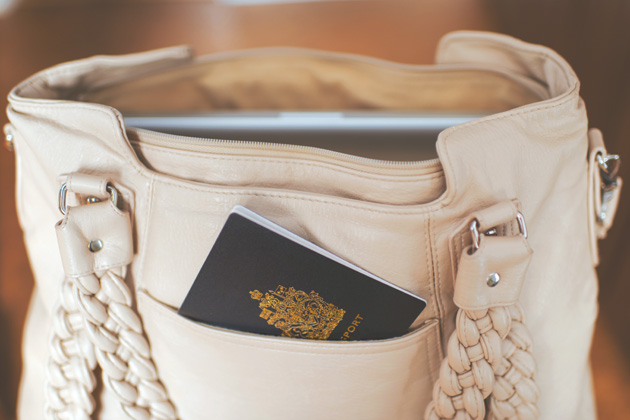 While seeking the sun, make sure you know the rules and don’t get burned

Florida, Arizona, California and Hawaii all look pretty enticing when the snow is flying and the winds are howling in Canada.

If you’re only planning to escape for a few weeks, there’s not much to worry about. Just make sure you have your passport and a good travel health insurance policy, and you’re on your way.

Longer stays are a different matter, however. Unless you plan carefully, you could find yourself entangled in some complicated U.S. tax and residency laws that could end up being anywhere from bothersome to expensive. Here are some potential pitfalls to watch for.Tougher enforcement

Your stay in the U.S. isn’t supposed to exceed six months, but some snowbirds have ignored the rules and hung around down south until all the snow was gone and the trees at home were in bud. Well, you’re not going to be able to get away with that any more. Big Brother will know exactly how much time you spend in the States, right down to the hour.

That’s because of new procedures that quietly came into force on June 30. As of that date, Canada and the U.S. began sharing information on who is entering and leaving each country under a program with the clunky name of the Entry/Exit Initiative of the Perimeter Security and Economic Competitiveness Action Plan.

This means that when your passport is swiped on entering the U.S. and returning to Canada, both countries will have a computerized report on exactly how much time you spent south of the border. If you exceed the limit, you can be in trouble on two counts: you may be deemed a U.S. resident for tax purposes and you could run afoul of Canadian residency rules for health care eligibility (these vary from province to province).

If you spend the full winter in the U.S., the tighter rules may affect your summer vacation plans as well. A stay from the first of November to the end of April would eat up your entire six-month allocation. That would rule out a summer holiday on the Maine coast or a long weekend in Los Angeles.

Even before the new system took effect, U.S. border agents were getting tougher with snowbirds. Last year, a friend of mine presented herself at U.S. Immigration at Toronto’s Pearson Airport to board a flight to Florida. The agent looked at her return ticket to Canada and informed her that she would overstay her allowed time in the U.S. by one day. Unless she changed the return flight immediately, she would not be allowed to board the plane. The switch cost her several hundred dollars – all because of one day!

The time may come when you want to sell that Sunbelt home, perhaps because illness prevents you from using it very much. Guess what? The IRS will be right there to snatch up a portion of the sales price.

As a non-resident, you are required to remit 10 per cent of the money you receive directly to U.S. tax authorities. There is a mechanism to get around this, but it involves a lot of complicated filings, and the lawyers I have dealt with are reluctant to even try, based on bad previous experiences.

The 10 per cent is supposed to be a down payment on the capital gains tax you’ll owe to the U.S. government. However, you’ll be hit with it even if you sell the property at a loss.

Some or all of the tax withheld may be recovered when you file a U.S. return. However, you may not see the money for a year or more. That’s because you can’t file a return until Jan. 1 of the year following the sale. Another friend sold her Florida home last March. The 10 per cent kickback to the IRS was more than $100,000. The tax she owes will be substantially less but, since she can’t make the claim until January, she’s not likely to see her refund until April 2015 at the earliest. In the meantime, the U.S. government gets the use of her money.

Despite all the money spent on tourism promotion, at times it seems like the U.S. is doing everything it can to make life difficult for snowbirds. The IRS is especially guilty in this regard with the cross-border paranoia spawned by terrorism fears close behind.

Seriously, how many grey-haired grandparents have been caught carrying bombs? What does it really matter if a snowbird spends one extra day in Florida? Why should we have to tell the U.S. government where we bank?

Recently, there was some renewed interest in the Turks and Caicos Islands becoming part of Canada. Personally, I wish it would happen. Then we wouldn’t have to put up with all this bull from the U.S. to get a little winter sunshine.

Gordon Pape’s latest book is RRSPs: The Ultimate Wealth Builder. It is available in all bookstores as well as in electronic formats.