Blockchain Revolution: A Book About The Digital Frontlines 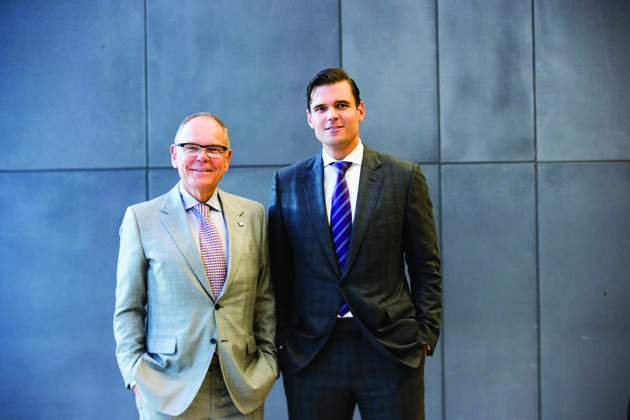 If you’re a tech geek (or tired of excessive bank fees), then Blockchain Revolution is the book for you.

If you have no idea what to do with the wallet icon on your smartphone, then Blockchain Revolution won’t be at the top of your reading list. But if, on the other hand, you’re a technology geek, a lover of “disruption” or just tired of excessive bank fees, then this weighty new tome bears urgent news for you from the digital frontlines. According to father and son co-authors, Don and Alex Tapscott, the blockchain revolution heralds the second generation of the Internet, and it could change everything—or, at least, everything about money.

There’s good reason to pay attention to Tapscott, bestselling author of Wikinomics and The Digital Economy and one of Canada’s most respected futurists. With this book, Tapscott teams up with his son to delve into the technology that they believe will have a more profound impact on the future than self-driving cars, solar energy or artificial intelligence. The Internet revolutionized how we access information and communicate with one another—call it the Internet of Information. With blockchain technology comes the Internet of Value, a new medium for money. So far, blockchain technology brought us bitcoin, which seems to have come and gone. But in Blockchain Revolution, the Tapscotts urge us to think big, look beyond bitcoin and get onboard early with this next digital revolution.

It is an ambitious proposition. “Rather than predicting a blockchain revolution, we’re advocating for it,” write the authors. “…it could usher in a new era of prosperity. We believe that the economy works best when it works for everyone, and this new platform is an engine for inclusion.” At the heart of it is the goal of achieving a level of trust in this digital age—elusive until now. To illustrate this point with levity, the Tapscotts offer the prescient 1993 New Yorker cartoon in which a dog sitting at a computer says: “On the Internet, no one knows you’re a dog.”

Like a vast global virtual ledger, blockchain technology would account for everything of value: money, stocks, bonds, land deeds, intellectual property, even votes. It would catalyze the rewiring of the financial system, elevate a true peer-to-peer platform, eliminate middlemen and third-party banking fees. We would own our own data—effectively, our identities—since we would no longer have to relinquish personal information to banks or Internet service providers. And it would be democratizing as well, engaging citizens in their own governmental process and empowering millions of people in the developing world who are “unbanked” and thus non-participants in the global economy.

What the Tapscotts anticipate is a world in which we can make payments, enter contracts, buy music and stream content without even thinking about the technology. They see this as the “missing piece that will make the Internet work for everyone.” As impassioned as they are about it, they recognize the challenges ahead: corporate resistance, criminal subversion and job loss. Even still, it’s clear that cyber-currency is upon us. Probably time to get used to your smartphone wallet.

A version of this article appeared in the September 2016 issue with the headline, “New Kids on the Block(chain),” p. 18.