Will Apple’s New iPhone 7 and Watch Match The Hype? 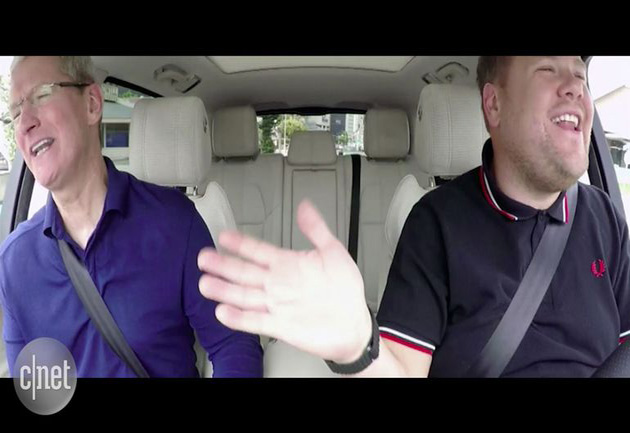 Prior to today’s launch of the new iPhone 7 and Watch, Apple CEO Tim Cook took a (hilarious) ride with James Corden. It’s definitely a fun way to introduce a new product.

Whenever Apple holds a glitzy event like today’s iPhone 7 launch/lovefest in San Francisco, the tech world buzzes with anticipation over what jaw-dropping apps and features will be contained in the latest product. Apple CEO Tim Cook and his overly excited and upbeat executives took to the stage today to unveil  its new lineup to an always adoring audience.

As is common at these events, Cook and his product people drone on with buzzwords—incredible, stunning, inspirational, inspiring, magical, powerful, groundbreaking, amazing, exciting and, of course, game-changing. But the real question is whether the newly launched products can possibly live up to all that hype?

Here’s a look at Apple’s new iPhone 7 and Watch.

Apple iPhone 7: Not surprisingly, Cook labelled it as the “best iPhone we’ve ever created.” According to him, “it makes all the things you do every day so much better.” Here are the new features that will make our lives so much better:

Apple Watch 2: Apple’s wearable tech hasn’t caught on in the way it hoped it would, despite Cook’s contention that it’s already the No. 2 selling watch in the world (behind Rolex). The company feels the Watch 2 will boost sales with the addition of faster processing, better fitness apps, built-in GPS, cool hiking apps as well the inclusion of a Pokemon Go game. Plus, it’s water resistant. Starts at $269 (US).

The iPhone 7’s effect on sales

So, is there enough new and exciting about the iPhone 7 that will prompt people to plunk down 800 bucks on a new device? (This unimpressed CNET reviewer doesn’t think so.) Despite having 180 million-plus users, Apple is coming off its worst fiscal quarter since 2003. With  market share declining, it’s not only falling behind Samsung but also facing stiff competition from cheaper devices.

Any time Apple introduces a new product, it hopes to boost sales by capitalizing on user angst: “Will my older model be rendered obsolete by new features?” According to one research firm, more than 30 per cent of iPhone users own a device that’s over three years old.

So, will users hang on to their old phones or will they jump at upgrading what they feel is their outdated set? As long iPhones remain more about status than practicality, I’d suggest people will continue buying the latest offering. That’s the brilliance of Apple.