7 Financial Resolutions For The New Year 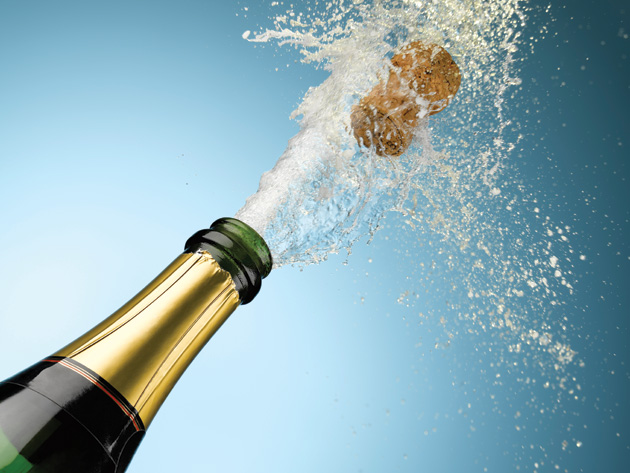 Consider something other than dropping a few pounds or calling the kids and grandkids more often. Resolve to think money instead!

Surveys indicate that our demographic is accumulating debt faster than any other age group. The Vanier Institute of the Family said in its 2013-14 report The Current State of Canadian Family Finances that the percentage of people age 65 and up who are carrying debt almost doubled from 27.4 per cent in 1999 to 42.5 per cent in 2012. For those aged 55 to 64, the percentage jumped from 60.9 to 70.2. This is a dangerous trend. Interest rates are low right now but they will inevitably begin to rise, perhaps as early as mid-2015. When that happens, the cost of carrying personal debt will increase, eating away at disposable income. Get ahead of the problem before it becomes acute. Resolve to put aside so much a month toward debt reduction, starting with the highest cost debt – credit cards.

Paying down debt is priority No. 1. But if you’re fortunate enough not to have any, resolve to save more money this year, especially if you are not yet retired. Although the Vanier Institute report found that retirement saving has become a top financial priority for Canadians, many people are saying they will have to keep working past 65. The 2014 Sun Life Canadian Unretirement Index Report found that only 28 per cent of respondents expected to be retired at age 66. Almost two-thirds said they would still be working because they need to, not because they want to. That’s scary. The best way for most people to save for retirement if they’re under 71 and don’t have a pension plan is with an RRSP. Resolve to set up an automatic monthly contribution plan at your bank or credit union. If you’re over 71 or already retired with no earned income, use a Tax-Free Savings Account (TFSA). You can contribute up to $5,500 a year plus any carry-forward room you have since the plans were created in 2009.

Many people pay little or no attention to their investment portfolio. They can’t tell you their asset mix or their rate of return or what it’s costing them. That can be expensive. Ideally, you should look carefully at your investments at least four times a year. But if you’re only going to do it once, make it now. Check for portfolio drift – your asset allocation getting out of whack with your targets because of the value of your stocks or equity funds has gone up. See what your rate of return is over the past year. If it’s less than five per cent, have a serious talk with your adviser (or with yourself if you don’t have one). And find out how much you’re paying out in fees, commissions, trailers on mutual funds, and so forth in dollar terms. You may be shocked.

If you grumble about the amount of tax you pay each year, see what you can do to reduce it. Whole books have been written about ways to cut the tax bill. Buy one. Think of it as a New Year’s present to yourself.

This should be a pre-New Year’s resolution. You’ll save tax dollars while helping others at the same time. Every year I sit down at my computer during the week after Christmas and make online donations to worthy organizations. You’ll get a tax receipt by e-mail almost immediately. Just be sure to finish before midnight on Dec. 31 if you want to make the claim for the 2017 tax year.

6 Don’t Invest in Anything You Don’t Understand

Every year people get scammed out of hundreds or even thousands of dollars. We hear a lot of warnings about that. But we don’t hear as much about following bad investment advice and putting money in complicated securities that even an economist would have trouble deciphering. Usually, only the promoters and advisers end up making money. Keep it simple!

There are all kinds of electronic tools available to help you manage money better. You can download budget matrixes, calculators, apps, and tax software, in some cases free. There are great financial websites like www.getsmarteraboutmoney.ca. You don’t have to be a mathematical genius to handle money successfully. Just use someone else’s brainpower.

With that, a happy and prosperous New Year to all!

Gordon Pape is the editor and publisher of The Income Investor and the Internet Wealth Builder. His website is www.buildingwealth.ca.