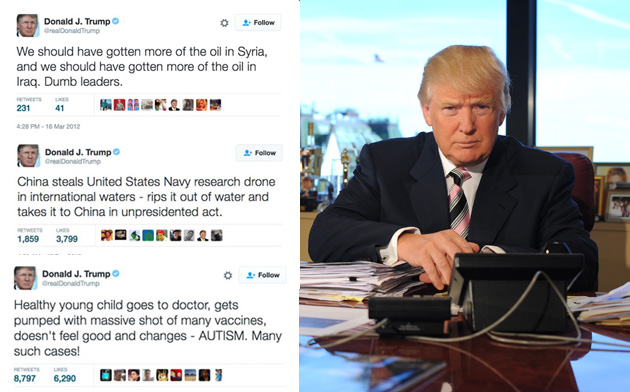 Twitter has a lot to thank Donald Trump for—news outlets report on the real-time musings of @realDonaldTrump on a daily, if not hourly, basis. As the Telegraph wrote: “President-elect Trump promises to Make America Great Again, but could he also Make Twitter Great Again?”

It’s a valid question. The social media platform had a tumultuous 2016 after a handful of high-level executives left the company. Twitter has struggled to attract more users of late and seems to have hit a plateau of approximately 300 million in its user base. Although that number may seem remarkably high, it still struggles to keep up with other high-volume platforms like Instagram.

But Trump, America’s 45th president, stands to inherit an additional 13.6 million users who follow @POTUS—the official Twitter account created by the White House and reserved for sitting president. Combine that number with the the 20.4 million who follow @realDonaldTrump (which he refuses to give up when he takes office) and you get a taste of his astronomical reach on the social media platform—and why Twitter must be so (secretly) grateful for his bombastic presence.

Trump has used Twitter in a way no other world leader has before. He’s business and media savvy and knows how to attract attention—and hold it.

Trump’s unbridled passion for the social media platform kicked off innocently enough on May 4, 2009, when he plugged his appearance on the Late Show with David Letterman in a tame example of the relentless Twitter presence to come:

Twitter offers Trump what he craves most—immediate, unmediated access to both his supporters and detractors. In 140 characters (or less), he can bypass the media and hurl insults or toss out unsolicited advice at anyone he wants—something he usually reserves for the wee morning hours.

And what have we learned about Twitter etiquette from Trump? We take a look at some of his more…colourful…social media moments.

Eight examples of “proper” social media etiquette—according to the Donald:

2. Show respect and unwavering support for your predecessor.

5. Weigh in on the latest Hollywood scandals.