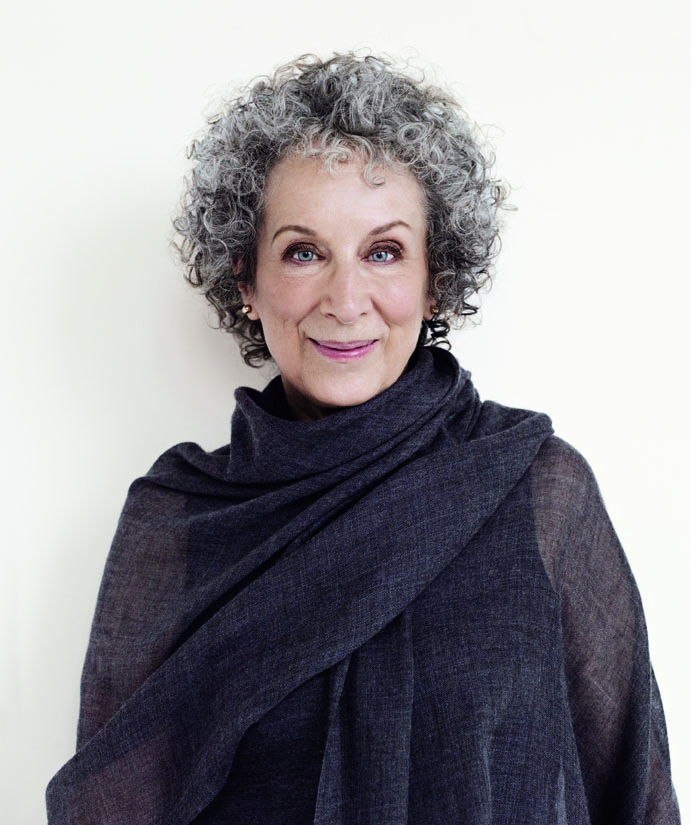 Margaret Atwood on the cover of the March 2009 issue of Zoomer magazine. Photo: Bryan Adams

Who do you owe? Who owes you? How do you pay? These reciprocal relationships — the ower, the owed — are much older than money. Here, we throw back to our cover story by Margaret Atwood from the March 2009 issue.

“Margaret,” said Sam, my next-door neighbour, as I was out sweeping autumn leaves off the sidewalk. “You should be careful about letting people see you with that broom!”

“Don’t you know they call you the Wicked Witch of the Annex?” said Sam.

After wondering whether I should afflict Sam with scabies or a bumper crop of warts, I reflected on my witchy image.

In the fall of 2008, just as the financial meltdown hit the globe, I came out with a book called Payback: Debt and the Shadow Side of Wealth. People started looking at me in a funny way, as if I’d known something in advance that other people didn’t know — or, worse, as if I’d somehow caused the whole mess myself. Then they began asking me what would happen next. Whose fault was this boiling cauldron of negative indicators, anyway? Why did it happen, and why wasn’t anyone minding the shop? Where could they pick up some tips for the stock market? Surely I could look into my crystal ball and tell them the answers.

The fact is that I hadn’t known much of anything. I’d planned Payback as a series of five Massey Lectures three years ago, when the stock market was booming and real estate values were spiralling ever upward. I often write about subjects I don’t know much about but that interest me a lot — it’s a way of informing myself — and debt was one of those subjects. But it wasn’t a subject the publisher was expecting from me. There was, apparently, a backroom moment in which they wondered if they could talk me out of it. As for the title — originally just plain Debt — it would have to be changed. “Nobody wants to read about debt,” they said. Now, it seems, everyone does.

Why was I interested in writing about such a depressing subject back then when the sky was the limit? Because the sky is never the limit — there’s always an invisible ceiling, and there are tremors when it’s being approached. On the international level, the United States was spending a lot of money on the war in Iraq and borrowing heavily to pay for it. But on the domestic level, I was seeing a lot of the “We’ll-help-you-with-your-debt” ads in the subway, and they were proliferating at an alarming rate. This writing appeared on the walls long before it hit the front pages.

Who do you owe? Who owes you? How do you pay? These reciprocal relationships — the ower, the owed — are much older than money. Even in its money form, debt and laws about debt go back to the Mesopotamian Laws of Hammurabi — Heavily in debt? Sell the wife and kids into slavery — and to the Book of Deuteronomy, which decreed that creditors should forgive debts every seven years. The ancient nature of debt may explain why the language of religion — every major religion — mimics so closely the vocabulary also used about debt: pay in an afterlife or another reincarnation for those moral debts you failed to clear up in life.

But the foundations of debt and repayment may be even older. Just recently, researchers told us that “You scratch my back and I’ll scratch yours” is, among chimpanzees, literally true. Is our sense of fairness and right balance innate? Is it, possibly, genetic? The jury is out, though it’s an absorbable fact that borrowing and lending — whether back scratches or dollars — are part of the glue that sticks social beings together. But for this glue to work in a positive way, there must be a level of trust — a belief that if you scratch that back or lend that dollar or egg or cup of sugar, you will eventually be repaid and repaid fairly, thus balancing the books. The chimpanzees appear to keep mental ledgers: whose backs they scratched and how many scratches they are owed in return.

“Lend a hand,” went the Brownie motto we learned as kids. Were we taught we’d get that hand back? Not exactly, though if we cast our bread upon the waters — said the Bible — it would be returned to us many fold and not just as a few soggy bits of baked wheat. The negative side of the borrowing and lending balance is our anger when we’re cheated and our feeling that, if we haven’t been paid back, “payback” in the sense of revenge should follow. Without rules and penalties, the whole system — like any other system, including sports and children’s games — will fall apart.

Part of my interest in this subject came from reading novels — especially 19th-century novels, written in a period when the boom-and-bust cycles of manufacturing and no-holds-barred capitalism were a new and frightening phenomenon and when financial speculation ruined many.

Underneath those familiar stories of love and romance and petticoats, there are always financial underpinnings — who’s got money, who’s making it and how, and who’s lost it. Such matters were of special interest to female writers and readers: with only a limited earning capacity, if any, women needed to think twice before marriage, and part of that thinking had to do with the proposed groom’s income. We find Mrs. Bennett of Pride and Prejudice both comical and crass when she shows undue delight over Mr. Darcy’s whopping fortune but, in fact, everyone in the book is calculating everyone else’s net worth most of the time.

History — especially military history — was also instructive. So many kings and nations borrowed too much money in order to wage wars, then liquidated their creditors to wipe out their debts. Among other things, debt is a powerful weapon. As Thomas L. Friedman of The New York Times has said, “We finally found the WMD. They were buried in our own backyard — subprime mortgages and all the derivatives attached to them.” Those who forget history are doomed to repeat it, we’ve been told, though even if we remember history, we may be doomed to repeat it anyway. Ours will not be the first generation to damage itself by spending beyond its means.

“Will the current financial crisis change our behaviour?” I’ve been asked many times. “Will we become less greedy?” “In the short run,” I say, “our greed will of necessity be diminished. We’ll even use the words ‘our’ and ‘we’ instead of ‘mine’ and ‘me’ because we’ll realize we’re all in this together.”

“Is there good debt and bad debt?” I’m asked by college students, hoping their student loans will count as good. And they are good, insofar as they may help the student to climb the ladder in the future. But the truth is that bad debt is debt you can’t pay, and it’s bad because it hurts other people, who then can’t pay in their turn. “When will the financial system function well again?” I’m asked. “When our trust in its fairness and honesty is re-established,” I say.

“But how can I teach my children about fairness?” asked one young mother. “Treat them fairly, “ I said. “because fairness, like debt and credit, always has two participants. Fairness is in the relationship between them. There isn’t any other way.”