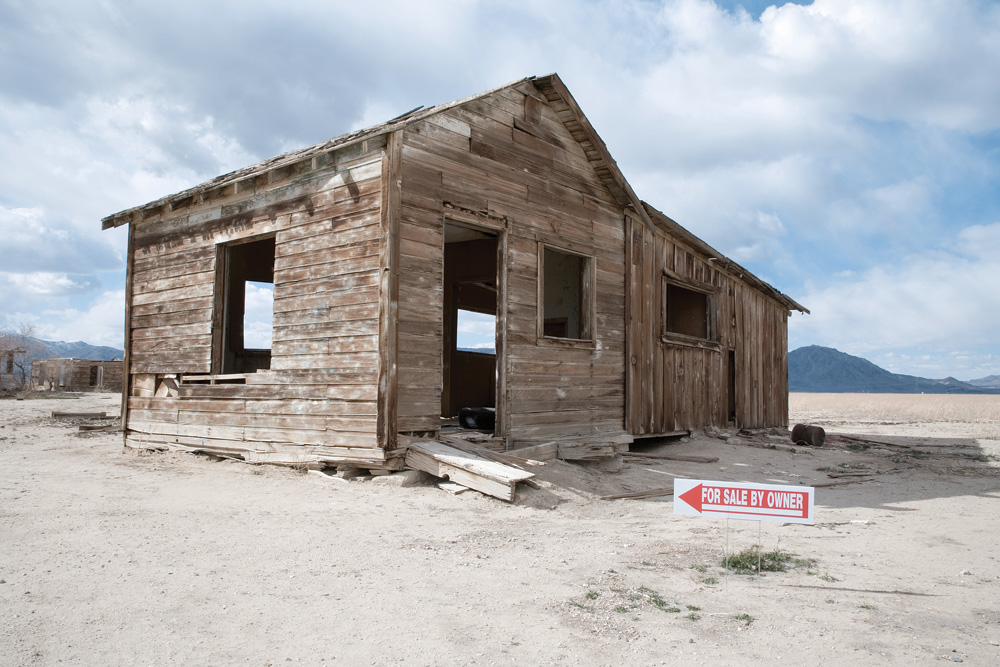 There’s a real estate market shakeup. Is your house immune?

Just when you thought it was a good time to cash in on the red-hot Canadian real estate market, now comes word that the slowing economy could severely dent your domicile’s worth.

Canadian homeowners — especially boomers unloading their now empty family homes — have had it good, watching their selling prices skyrocket, driven up by a healthy (and wealthy) supply of buyers willing to partake in high-stakes bidding wars.

However, analysts are now saying the good times are over. And while everyone is predicting a downturn, no one seems sure how far prices will slide.

Prognosticators are split three ways, predicting anything from a slight dip in prices to a full-out U.S.-style collapse:

It’s a mild correction —
nothing to worry about.

This group predicts housing prices are simply settling back to more realistic levels. “Canada’s housing market has pulled back from the record-setting pace of 2007,” says Calvin Lindberg, president of the Canadian Real Estate Association. However, he doesn’t expect anything resembling the mess south of the border.

Time to lower your asking price.

This group takes a gloomier approach, claiming the economic slowdown could take a bite out of home prices, especially in the West. “We estimate that housing markets in Regina, Saskatoon, Vancouver, Victoria, Calgary, Edmonton, Sudbury and
Montreal are all more than 10 per cent overvalued,” economist David Wolf said in an August 2008 Merrill Lynch report, revealingly titled, “Peaked: Canada’s market in depth.”

Liberal MP Garth Turner takes this doomsday approach in his book Greater Fool: The Troubled Future of Real Estate. He believes a real estate meltdown is a distinct possibility. “When bungalows in Vancouver cost $900,000 and resale homes with no parking in midtown Toronto are $1 million,” Turner writes, it’s just a matter of time before the U.S. housing crisis hits Canada.

Yet even in a worst-case scenario, Canadian boomers can  weather the storm. (Those between the ages of 43 and 62 own an estimated $230 billion in real estate assets.)
Michael McCann, a Toronto-based Royal LePage sales representative, says that’s because they’ve built up a great deal of equity in their homes and can therefore make buying or selling decisions, no matter what the market.

“These are people who have paid off their mortgages,” says McCann, who has a high number of boomer clients.

“The kids are gone and the time is theirs; they don’t want to be encumbered by a big house anymore. They want to travel or pursue their interests rather than spending time on maintaining a home — cutting grass, shovelling walks, etc.”

And while boomers may be downsizing, it doesn’t mean they’re disappearing into retirement villages. McCann says, “They’re still healthy and active and want to remain part of the urban scene.”

He expects the market for urban condos and low-maintenance townhomes to remain strong, as boomers gravitate to them once they’ve sold the big family home.

But will they be able to sell in a soft market? McCann feels that this group is savvy enough that they’ll eventually get their price. And many boomers have the added luxury of being able to wait it out.