Why I Live Here: On the Water 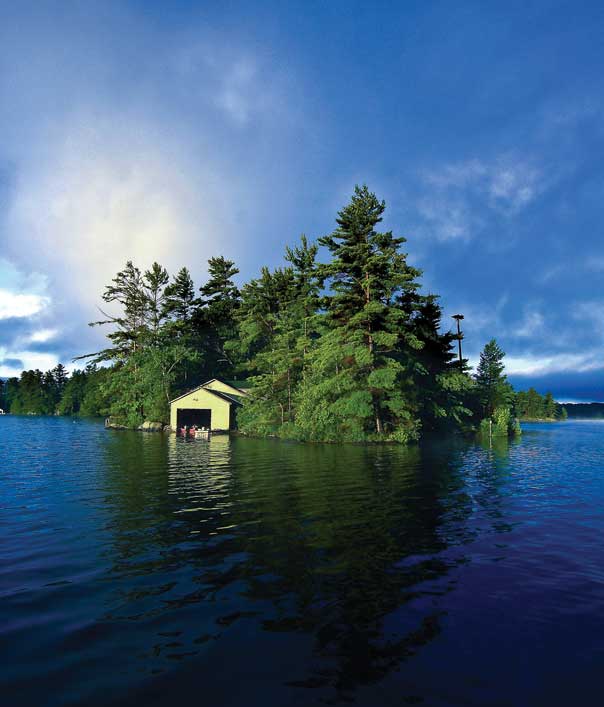 What’s not to love about life by the water? It’s tranquil and close to nature, a true refuge from the hustle and bustle. There are no traffic noises – just the lapping of waves – and no crowded streets or skyscrapers stand between you and your next breathtaking sunset. You have a range of aqua activities at your door, and when you’re hemmed in by water the community is often close-knit.

“Something about being on the water is very relaxing,” says boomer Tracy Offley, who bought an island property on Stoney Lake just last year. “Having a place to go to unwind is a little slice of heaven and allows us to escape the stresses of work.”

The Scarborough Bluffs boast stunning views from their 65-metre-high cliffs overlooking the Lake Ontario shoreline east of downtown Toronto, but the real fun happens down below. A lucky few live at Bluffers Park Marina in “floating homes,” a few dozen houseboats moored over the water with sun-kissed balconies and rooftop decks. Their attractive interiors offer all the comforts of a condo, with the serenity of the lake just outside your window.

From a real estate agent

“A lot of people are moving out here because it’s quiet. You get a lot more for your money than you do in the core of the city. Our neighbourhood is not so traffic-congested. You can jog or bike the waterfront trail. There’s something for everybody in every price range.”  — Andy Ryan, Century 21 Leading Edge Realty Inc., has sold real estate in the Scarborough Bluffs for 19 years.

The closest lake is 20 minutes away, but that doesn’t mean residents in the Town of Uxbridge can’t enjoy the tranquillity of water: They have access to a large central pond, alongside which many community activities like the Fall Fair take place. Nine local countryside trails also bring hikers past pretty pools of water – Uxbridge has been officially designated as the trail capital of Canada. For a small town, Uxbridge has an impressive array of dining and theatre choices; Toronto is just an hour away.

From  a real estate agent

“I like Uxbridge because you know people and you feel safe. Everybody says hello. The town isn’t expanding like other towns because most of the land around Uxbridge is protected from being developed, and there’s no industry here – everybody commutes to Toronto. It’s not overcrowded with people and cars. At our age, we don’t want to have to fight traffic. And everything is available, so you don’t have to drive out of town.”
—Cora Peirson, Royal LePage Frank Real Estate, Brokerage, has been a realtor for 24 years in Uxbridge, where she chose to raise her family.

Stoney Lake (a.k.a. Stony Lake) is actually a network of three lakes – Upper Stoney, Stoney and Clear – on the Trent-Severn Waterway system in the Kawarthas region. It’s dotted with small, privately owned islands comprising anywhere from one to 10 property lots. While Stoney Lake is merely a weekend cottage destination for some, many boomers live here year-round or consistently through the summer.

From  a real estate agent

“What’s special about living on an island is you usually get a larger property with a very good shoreline quality and a lot of privacy. Stoney Lake has very strong cottage associations that offer well-organized activities for families or couples – tennis and sailing clubs and regattas. That’s a big, big plus. We’re relatively close to Peterborough, so we have proximity to a large centre. A lot of people are buying now and using it as a year-round cottage property, but their focus is eventually to retire and live up here full-time.”

— Gail Burton, Royal LePage Frank Real Estate, Brokerage, lives on Clear Lake. She has made her home in the area for 38 years.