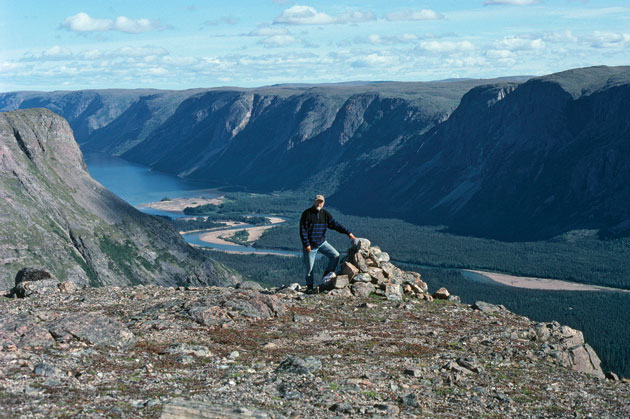 Former biologist Lawrence Coady took on a trek that shows what retirement can look like.

What motivates a man to trek through Canada’s most isolated, imposing and insect-ridden terrain just to find a lost canoe? For Lawrence Coady, a 62-year-old retired biologist from St. John’s, N.L., it was the chance to prove he still has the staying power to survive a Herculean excursion. “It’s satisfying to know I’m still up for the challenge,” he says.

Coady, an outdoor enthusiast, has always had a strange passion for the northern Labrador region. In his latest outing, which took place over three summers, he traced the path of Hesketh Prichard, an English explorer who ventured deep into the Labrador interior in the early 1900s. The last thing Prichard did before abandoning his harrowing journey was to store his canoe in a cache of rocks, preserving it for when he returned.

Prichard, not wanting to go through a similar hell a second time around, never did return to find his canoe. So almost a century later, Coady decided to find it for him, the account of which inspires his book The Lost Canoe: A Labrador Adventure (Nimbus Publishing, 2008).

It’s a vivid narrative detailing the treacherous trek he and the others on his team, including son Chris, then a teenager, made through this unforgiving subarctic region — an area that remains off limits to everything but caribou, bears and swarms of flies. The canoe quest saw them spend several weeks battling wild rivers, inclement weather, “acupunctural storms” of mosquitoes and — most dangerous of all — flagging spirits.

“It was like solving a mystery,” says Coady, who looked for the canoe by using Prichard’s own inaccurate maps, fragments of his field diaries and an assortment of faded black-and-white photos.

In the end, the elusive canoe becomes a metaphor for that desire inside us, the internal urge that keeps us exploring and pushing our limits. “When I was a kid, every experience seemed new and exciting. But that disappeared in my adult life,” Coady says. “This trip has helped me rediscover that feeling and slow down time.”