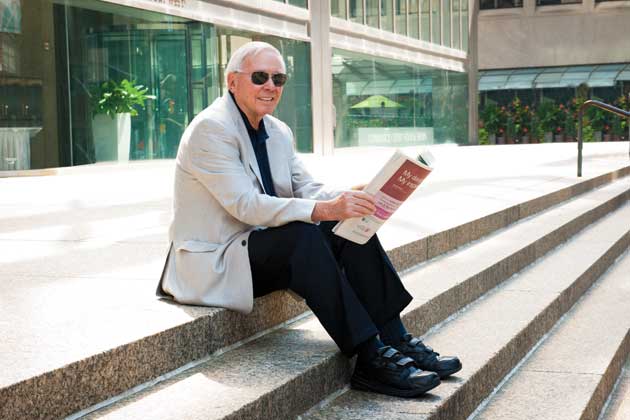 There seems to be a lot of confusion about the new Post-Retirement Benefit (PRB) feature of the Canada Pension Plan (CPP), judging by the number of questions I have received.

Part of the problem may simply be the newness of the program – the first contributions were required last year, and the initial benefits are being paid out in 2013.

But I suggest the real issue is the absence of a clear-cut explanation of how the PRB works that is easily accessible to the public. I checked out the official CPP website, the Canada Revenue Agency site and the Finance Department site looking for answers to some very specific questions I received. I drew a blank on all counts.

Oh, sure, there was some general PRB information available. It just didn’t deal with many of the issues that readers are raising.

Fortunately, I was able to pull a few strings and get some meaningful responses from the folks in Ottawa who understand the intricacies of this somewhat controversial new program. I’ll share those with you in a moment but first, a little background.

Last year, new rules came into force that affect anyone between ages 60 and 70 who is drawing CPP benefits while continuing to work. In the past, once you began receiving a retirement pension (which can be as early as age 60), you were no longer required to make CPP contributions.

That changed in 2012. Anyone between 60 and 64 who is working and drawing CPP now must contribute to the plan on the same basis as everyone else, with matching contributions from the employer. Between ages 65 and 70, contributions are voluntary. No further contributions are required or accepted after that.

The reward for these extra contributions is the Post-Retirement Benefit. Each year you contribute to CPP (after starting to receive payments) generates a new PRB – in effect, a mini-pension in addition to the regular CPP payment. It starts to be paid in the first year after extra contributions are made.

I have received several emails from readers who are trying to figure out the implications of this new program. Here are some of the questions I’ve received.

2 Is the PRB indexed?

4 Can the PRB be deferred?

5 How much will I receive?

6 How can a person calculate if a voluntary contribution is worthwhile?

After an exchange of email correspondence, the people at Human Resources and Skill Development Canada (HRSDC) came back with a lengthy response that clears up the uncertainty. Here’s what they had to say in response to the questions I submitted.

1 When is it paid? The PRB will be added to the regular CPP benefit and paid monthly. If you contributed last year and are wondering where your money is, it’s coming. Ottawa says the first PRB payment will be sent out this spring (so any time now) to annuitants who worked and contributed to the CPP last year. There will be a lump sum adjustment retroactive to Jan. 1.

2 Is the PRB indexed? Yes. The PRB is indexed to inflation in the same way as the CPP.

3 Is it cumulative? Yes. Any PRB earned in 2013 will be added to that from 2012 to arrive at the 2014 payment. So if you contribute in both years, your 2014 payment will be the total of the benefits earned in 2012 and 2013. This means that people entitled to the PRB may find their payments exceed the maximum standard CPP benefit by a considerable amount.

The calculation of the amount you’ll receive is complicated by something the government calls “an actuarial factor.” This is an adjustment based on whether a person retires before or after age 65.

As an example, HRSDC cites the case of a person was age 64 years and six months in January 2013. That individual would find his/her first PRB subject to six months of actuarial reduction, at the 2013 factor of 0.54 per cent per month, for a total reduction of 3.24 per cent.

If the person continued to work in 2013, he or she would receive a new PRB the following year, effective Jan. 1, 2014. This second PRB would be actuarially adjusted based on the recipient’s age of 65 years and six months. The result would be an increase in the payment of 4.2 per cent (6 x 0.7 per cent per month). The two PRB amounts would be added to the individual’s retirement benefit.

If that seems complicated, it is. And the actuarial factor will keep changing for the next couple of years as the government’s new plan for increasing the penalty for early (pre-65) applications is phased in.

4 Can the PRB be deferred? No. This question flows from the fact that applying for CPP can be delayed until age 70. For every month you wait, the payment increases. However, no such provision was made for the PRB. You must start to draw it immediately.

5 How much will I receive? The amount will depend on the number of years you contribute and how much you put in each year. There is a calculator you can use at https://srv111.services.gc.ca/PRB_01.aspx. It shows, for example, that someone born in January 1950 who was drawing CPP and earned $45,000 in 2012 can expect a PRB payment of $233 this year (that’s annual, not per month).

6 How can a person calculate if a voluntary contribution is worthwhile? This involves making several assumptions including one that is
unknowable – how long you will live. I asked HRSDC to provide a specific illustration. We based it on a woman who turned 65 on Jan. 1 of this year,
is drawing CPP and continues to work. Her gross annual income is $57,000, and she intends to work until her 70th birthday. HRSDC also assumed her maximum pensionable earnings (the maximum amount of earnings used to calculate contributions to the CPP) will grow by two per cent a year.

So the math tells us that this lady will have to live to age 74 years and 10 months just to recover the personal contributions she made to the PRB. This assumes she has an employer who also contributes. If she is self-employed, her total voluntary contributions will double to $24,594.22. In that case, she won’t recover all of her money until a couple of months after her 80th birthday.

And this doesn’t assume any growth in her PRB investment. If instead of making voluntary contributions, she put the money into a tax-free savings account (TFSA) with an average annual return of five per cent, it would be worth $18,174.10 on her 75th birthday (based on contributions as an employee) and $23,195.27 at age 80.

Of course, this assumes no withdrawals along the way. But it is certainly worth considering if you’re trying to decide whether a voluntary contribution makes sense.

With an increasing number of Canadians working past 60 and 65, the PRB is going to become an important factor in their financial calculations. It’s worth taking the time to understand its pros and cons.

Gordon Pape’s new books are Money Savvy Kids and an updated edition of Tax-Free Savings Accounts. They are available in all bookstores as well as in electronic formats.