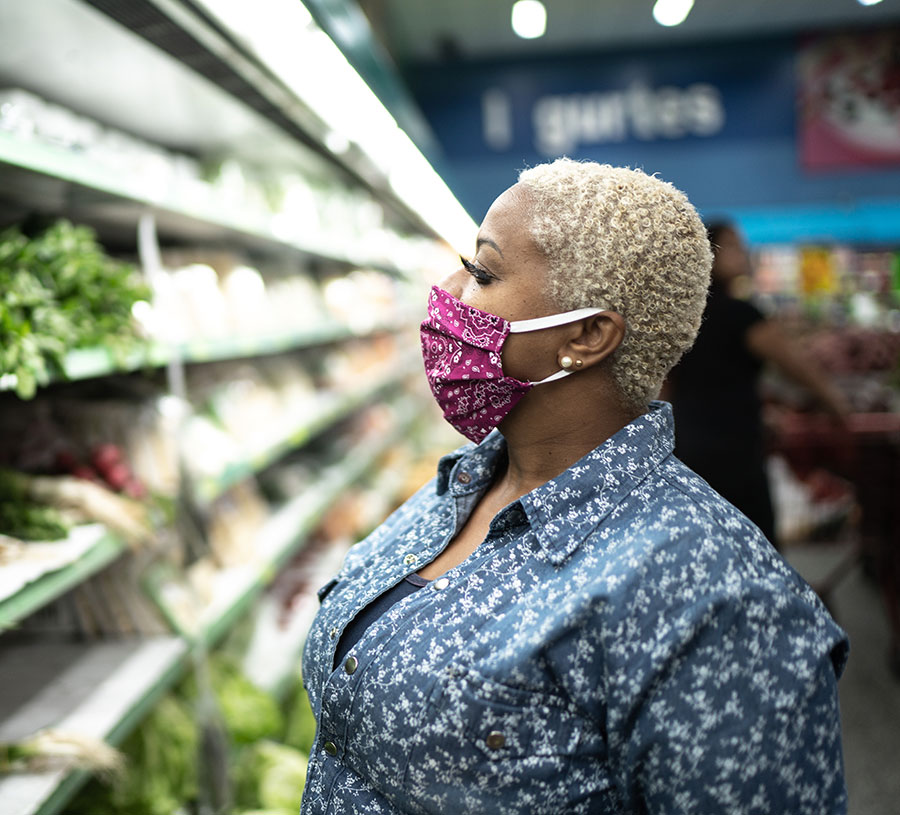 Although we've seen a shortage of certain food items and products in grocery stores, experts say our supply chain is poised to catch up and adjust to the new normal. Photo: FG Trade/Getty Images

We are living through a period in which many jurisdictions have shut down virtually all non-essential commerce. People are working from home or have been temporarily laid off.

We have seen rushes on food and grocery items like toilet paper and hand sanitizer that have resulted in some short-term shortages in stores.

Some have questioned the resilience of our food system and whether we could run out of food. The easy answer is we are not running out of food. Our food system has proven to be robust and resilient and shortages are demand-based rather than supply-based.

We have cheap food. It doesn’t always feel like it, but Canadians spend among the lowest proportion of our income on food in the world. Canadians who don’t live in remote communities have an abundance of safe and affordable food. We also have an incredible diversity of food products available.

Yes, we have seen some shortages on grocery store shelves. But we have seen stores restocking regularly, and the expectation is that the system will catch up.

The just-in-time process used in our food system, in fact, is not unique to food supply chains. It is based on producing and shipping product to meet expected demands. It depends on accurate forecasts and smooth delivery.

We have seen a significant surge in demand as people buy large quantities in anticipation of being at home for long periods of time. This was exacerbated by panic buying, when people saw shortages in the store or heard of shortages in news reports. Products are being quickly restocked, even though they’re often snapped up quickly.

We will see a return to some semblance of normality reasonably soon — at least with respect to food stocks in stores. This is supported by policies at stores that are limiting quantities that people can purchase.

Demand for things like hand sanitizer continue to be high. Demand for other food products will probably stabilize relatively quickly, even if people continue to hold extra stock at home. Grocery stores have seen an increase in demand for food as restaurants are closed, but that simply shifts demand from food service distribution to supermarket distribution, and isn’t leading to food supply shortages.

We are also seeing larger individual shopping orders as consumers minimize the number of times they have to go to the grocery store.

While there have been some shortages at grocery stores, we’ve also seen reports of farmers dumping milk or plowing down crops.

This is caused by the requirement for adjustments in the food system. As demand has decreased in food services, it’s increased in retail. So why is milk being dumped and why are crops being mowed down?

It’s because raw product needs to be diverted to new processors and products, and other products need to be diverted to different processors. Some products require packaging changes. Professional bakers buy industrial-sized bags of flour, for example, but most retailers won’t normally carry that size.

Food supply chains have been protected from border closures thus far, and that’s expected to continue. The most important border for Canada’s food supply chain, and that of the United States too, is the Canada-U.S. border. More than half of our food imports come from the U.S.

During the winter months, we import more. But fresh local produce is available to most Canadians in the warmer months.

Even if the border closed, we would still not go hungry. We would have less fresh produce, but we’d still have Canadian apples and root vegetables in storage. We would also have frozen products available.

Given the sales forecasts for these items, we probably wouldn’t begin to run short until the Canadian growing season had kicked in. But there would be bread, milk, meat and cheese readily available. We might see a decrease in variety, but we wouldn’t run out of food. And there’s no indication that there’s any risk of the border closing in the short run.

Food processing could be impacted

One area of concern is the processing sector. There are fewer processing plants than there are both farmers and retail stores.

If plants close, production stops. We have seen the temporary closure of a pork processor in Québec due to COVID-19 and a big beef plant in Alberta has temporarily closed.

The Québec plant is reopening and the Alberta plant has shut down to mitigate the risk of employees getting sick. While there is not yet a fixed date for the Cargill plant in Alberta to re-open, it is expected to be soon. These short-term closures can cause hardships, particularly for farmers, but shouldn’t significantly affect availability on grocery shelves.

While the Cargill represents almost 40 per cent of the beef processing capacity in Canada, our beef industry is highly integrated with the American industry with both livestock and beef products flowing in both directions.

Plant closures would cause losses for perishable products like milk or produce. But for meat producers, livestock can be diverted or held until processors reopen. This can cause significant losses for farmers. Prices go down with extra supply and if livestock has to be shipped further and costs go up if animals have to be held. But unless the number of closures increases dramatically and closures are enduring, we will continue to see food on grocery shelves.

Overall, our food system has bent but not broken in the face of unprecedented demand. We can remain confident that we will have food available as we work our way through the peaks of the pandemic.

COVID-19: As Provinces Plan to Re-Open Economies, Trudeau Cautions “Normal Is a Long Way Off”