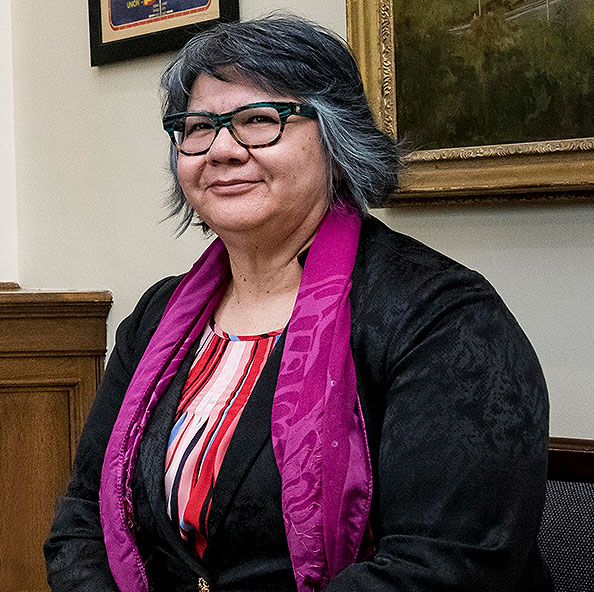 RoseAnne Archibald won the leadership to become the first female national chief for the AFN on Thursday after five rounds of voting and the concession of her main competitor. Photo: Christopher Katsarov/The Canadian Press

Canada’s Assembly of First Nations (AFN) elected a woman as national chief for the first time on Thursday, at a time when indigenous issues are in the spotlight after the discovery of hundreds of children’s unmarked graves at former residential schools.

RoseAnne Archibald, a former Ontario regional chief, will represent the 634 nations in the AFN, which advocates for indigenous communities at a federal level. First Nations people make up almost 5% of the country’s population of 38 million.

She won the leadership after five rounds of voting and the concession of her main competitor.

“Today is a victory and you can tell all the women in your life that the glass ceiling has been broken,” Archibald told reporters after her election.

Canada has been grappling with its past treatment of indigenous people in recent months.

Since May, hundreds of unmarked graves of children have been discovered at former residential schools, run for indigenous children forcibly separated from their families in what a Truth and Reconciliation Commission has called “cultural genocide.”

In 1990, aged just 23, Archibald was the first woman and youngest Chief elected for Taykwa Tagamou Nation, a remote community in the province of Ontario. She takes over AFN from Perry Bellegarde, who served two terms.

Minister of Indigenous Services, Marc Miller, congratulated Archibald, as did opposition New Democrat leader Jagmeet Singh, who said she was “breaking barriers as the first woman to be elected as National Chief of the Assembly of First Nations.”

On Tuesday, Mary Simon, an Inuk woman, became the first indigenous person to be appointed Canada’s governor general. She will serve as the representative of the head of state, Queen Elizabeth II.