‘Their Blood Will be on Your Hands’: Kabul’s Chaos Hits Trudeau’s Campaign 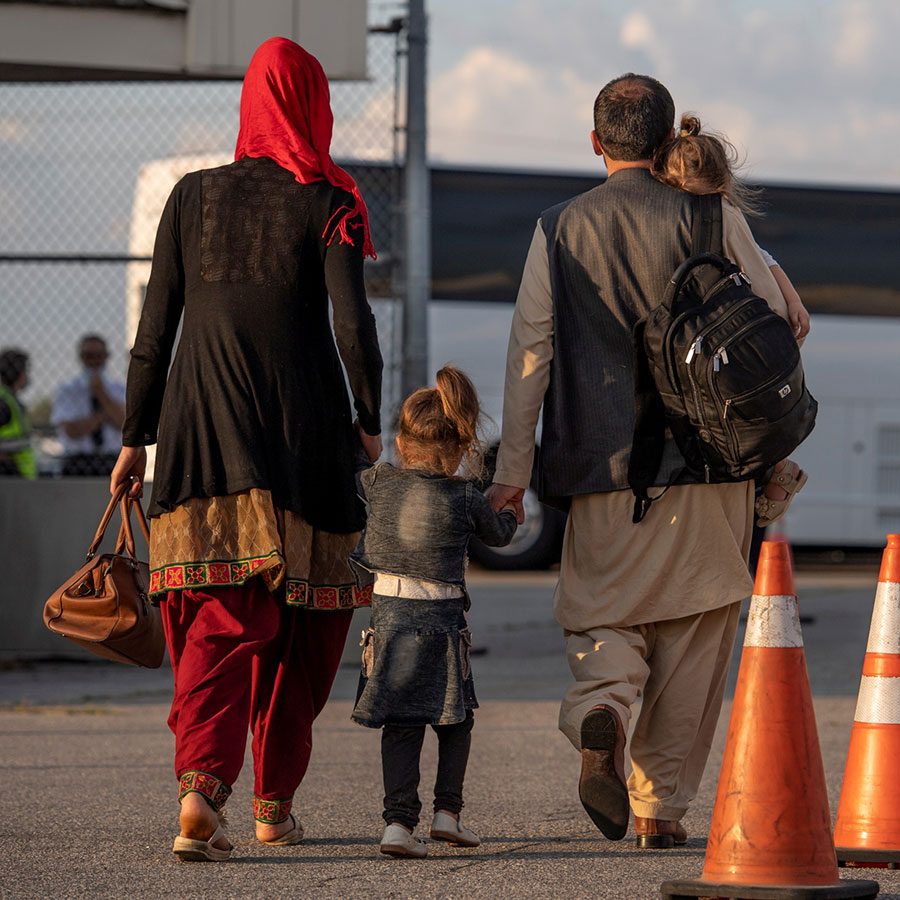 Canadian Prime Minister Justin Trudeau called a snap Sept. 20 election to benefit from his handling of the COVID-19 pandemic and vaccination program, but now faces questions over how his Liberal government dealt with this month’s chaos in Kabul.

Canada announced on Thursday it had halted evacuations of its citizens and vulnerable Afghans who worked for Western nations in Afghanistan, admitting it did not know how many were left behind.

Just days before the Afghan capital fell to the Taliban in a lightning advance, Canada said it had identified 6,000 Afghans for evacuation. In the end, only 3,700 Canadian citizens and Afghans were flown out.

Advocates said Canada’s rescue effort was half-hearted, falling far short of what other allies were doing.

Some 54 per cent of Canadians think Ottawa should have acted more quickly to help Afghans, according to a Postmedia/Leger Marketing poll published on Wednesday.

Trudeau, who has governed Canada for nearly six years, has been pressed on Afghanistan on every day of the campaign so far. Last Friday, a reporter read out a message from a person with relatives trapped in Afghanistan who told the prime minister that “their blood will be on your hands” if any were killed by the Taliban.

Trudeau side-stepped the remark, saying: “I can’t imagine, the despair, the anguish that so many individuals are facing … this is a horrific situation.”

Canada withdrew the bulk of its troops from Afghanistan in 2011, but participated in a NATO mission to train the Afghan military until 2014 and continued to have diplomats and aid workers on the ground.

“Canada’s poor initial response in Kabul points to an extreme of centralized political micro-management,” said Andrew Leslie, a retired Canadian general and former head of the army who was a Liberal member of parliament from 2015 to 2019.

Adding to the awkwardness for Trudeau is the fact that his main rival, Conservative Party leader Erin O’Toole, is a decorated former Air Force helicopter navigator who served for 13 years.

“The situation on the ground is heartbreaking … Mr. Trudeau has abandoned people there,” O’Toole told reporters on Wednesday, stressing his military experience.

“(Trudeau) has had years to make sure that people who were at risk because they had served Canada are taken out of the country … he put his political interests ahead of a crisis there.”

The Globe and Mail, a national newspaper, said in an editorial on Thursday that “Canada’s plan to get marked men and women through a fast-closing door was designed as if there was all the time in the world.”

A suspected suicide bomb exploded outside Kabul’s airport on Thursday, killing at least 13 people, a Taliban official said. The Pentagon said there were at least two explosions near the airport, with civilians and U.S. service members among the casualties.

Trudeau aides say they do not fear much damage from the chaos in Afghanistan ahead of the election, given voters are likely to be focused on domestic matters.

Nelson Wiseman, a political science professor at the University of Toronto, said that expectation may be valid.

“Unless I see Canadian casualties or Canadians being held hostage, I just don’t see this figuring,” he said.

During the 2015 election campaign, the former Conservative government’s campaign was thrown off track by its response to a photograph of the body of a three-year-old Syrian boy who drowned after a boat capsized as his family sought to reach Greece and ultimately Canada.

In opposition at the time, Trudeau said Canada must do much more and said a Liberal government would accept 25,000 Syrian refugees. He went on to win a majority government in the election. Trudeau’s Liberals lost their majority in 2019 and have governed since then with the support of opposition parties.

In recent days, Trudeau, who attended a virtual G7 meeting on Afghanistan on Tuesday from a hotel in the Canadian province of Ontario, has rejected any suggestions of bungling, noting the speed of the Taliban’s moves caught most observers by surprise.

“Canadians across the country are thinking about, yes, Afghanistan, but they’re also thinking about how they’re going to get through this pandemic,” Trudeau said this week.