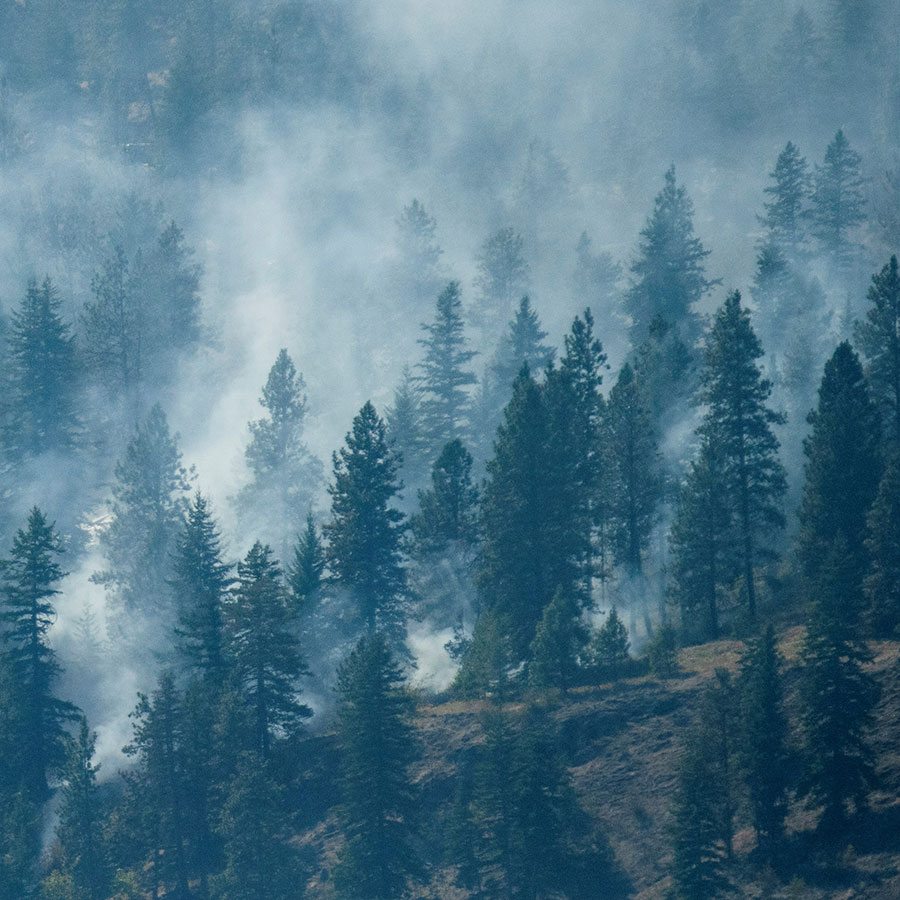 Experts believe that climate change has contributed to an increase in wildfires in Canada this year. A recent wildfire in Bear Creek near Fintry, B.C., pictured above, forced residents in nearby communities to evacuate their homes. Photo: Reuters/Artur Gajda

Canadians are demanding decisive action from leaders to tackle climate change after a summer of extreme weather intensified environmental concerns, making it the No. 1 issue in September’s snap election, polling data shows.

For many Canadians, 2021 is the year the climate crisis hit home. A “heat dome” scorched Canada’s westernmost province of British Columbia in June, smashing national temperature records, contributing to more than 500 deaths and heralding the start of the province’s third-worst wildfire season.

Across the Prairies, a drought has shriveled crops, while spring sea ice in northern Labrador hit its lowest level in 50 years.

Data from polling firm Angus Reid shows climate change is the top election issue for Canadian voters, as it was in 2019, and concerns have intensified over the course of the summer, overtaking worries about the pandemic and healthcare. A poll last Friday found 18 per cent of voters put climate and the environment as their No. 1 issue in the Sept. 20 vote.

That focus would primarily cost the main opposition Conservative Party, which has the least ambitious climate policies among the major parties, analysts said.

But it could also siphon support away from the ruling Liberals led by Prime Minister Justin Trudeau, with whom the Conservatives are running neck and neck in the polls.

While the Liberal Party has tried to paint itself as the party of climate action, in contrast to the Conservatives, led by Erin O’Toole, it has failed to rein in Canada’s carbon emissions, with greenhouse gas emissions rising 1% between 2015 and 2019, government data shows.

Some voters are threatening to abandon parties that are not aggressive enough on climate policy, which could emerge as the swing factor in a tight race.

“Climate anxiety has really set in. … I can no longer vote strategically as I have done in the past,” said Helen Zhou, 23, an investment firm associate in Toronto. In previous elections, Zhou voted tactically for the Liberals, to keep the Conservatives out, but is now planning to support the left-leaning New Democratic Party (NDP) or Green Party.

Those two smaller parties have tougher climate measures than the Conservatives or Liberals, but recent infighting among the Greens may deter voters.

At least half of voters intending to support the Liberals or NDP say climate is their main concern, Angus Reid polling showed, putting pressure on O’Toole to communicate his climate policy.

“Climate was a serious issue in the previous election that prevented the Conservatives from winning more moderate voters, and it could be a liability in this election again,” said Lori Williams, a political science professor at Calgary’s Mount Royal University.

At a March convention, most Conservative Party delegates voted against officially recognizing climate change as a real threat.

The IBC says whichever party wins the election will need to plan for the worsening effects of extreme weather. Canada is the world’s second-largest country by area and the 10th-biggest carbon emitter globally.

The Liberals straddle an uneasy divide on climate and risk losing support as they try to tackle emissions while safeguarding Canada’s high-polluting energy sector, which contributes 10% to national gross domestic product.

Trudeau has implemented a more aggressive carbon tax, pledged to cut national carbon emissions by 40-45 per cent below 2005 levels by 2030 and promised to cap oil- and gas-sector emissions.

But the Liberals also bought the Trans Mountain oil pipeline in 2018, which could undermine Trudeau’s efforts to secure a majority in environment-focused provinces like British Columbia and Quebec, said Anthony Sayers, a political science professor at the University of Calgary.

“We will look back on this infernal summer as one of the colder summers of our lifetime. That is finally landing with people suffering in apartments that don’t have air-conditioning, and with farmers watching crops wither,” Carter said.

(Reporting by Nia Williams; Editing by Denny Thomas and and Peter Cooney)