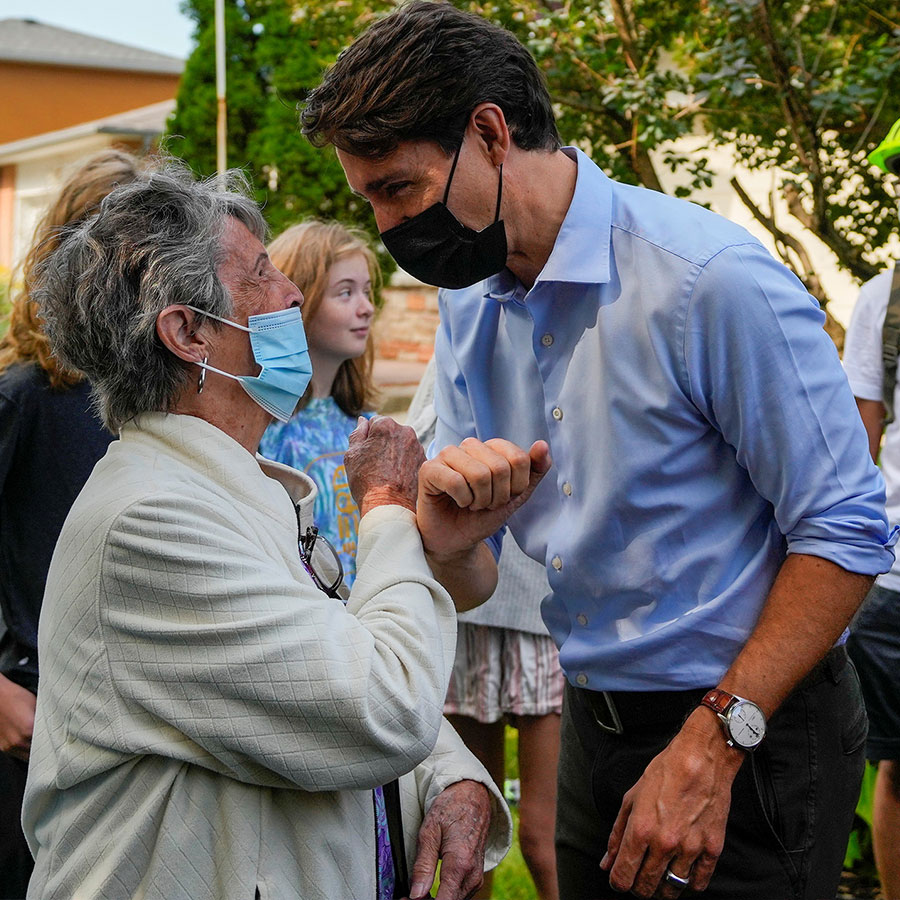 Justin Trudeau, seen here greeting supporters in Mississauga, is being questioned again over his handling of the SNC Lavlin affair after excerpts from former Justice Minister Jody Wilson-Raybould's new book renewed accusations that the Prime Minister asked her to lie about the pressure she faced after deciding not to stop criminal proceedings against the construction company. Photo: Carlos Osorio/Reuters

Prime Minister Justin Trudeau on Saturday denied he wanted his former justice minister to lie to the public amid a dispute they had over a 2019 corporate legal case, an accusation included in a book being released just days before the election.

Ex-minister Jody Wilson-Raybould resuscitated the so-called SNC-Lavalin scandal, which dogged the prime minister ahead of the 2019 election, when the Globe and Mail newspaper published an excerpt from her new book, to be released in full next week.

The excerpt describes meetings she had with Trudeau in early 2019 after the Globe had published a story saying the prime minister’s office had pressured her to reverse a decision not to stop criminal proceedings against construction company SNC-Lavalin Group Inc by offering a deferred prosecution agreement.

She charges that in a tense conversation, the prime minister knew she had been pressured and instead wanted her to say publicly that she had not.

“I knew he wanted me to lie — to attest that what had occurred had not occurred,” Wilson-Raybould writes.

Wilson-Raybould refused to overrule the prosecutor’s decision to take the case to trial, and she resigned days after the meeting described in the excerpt. In August 2019, an independent watchdog said Trudeau had tried to influence her, breaching ethics rules.

“I did not want her to lie,” Trudeau told reporters at a campaign stop in the Toronto area. “I would never do that.”

The allegations come at a difficult moment for the 49-year-old Liberal leader, with just nine days to go before the vote that polls show is too close to call.

Trudeau has admitted he tried to persuade Wilson-Raybould to reconsider the prosecutor’s decision to press ahead with a trial, saying he had been trying to defend jobs at the Quebec-based company.

A rolling Nanos Research poll of 1,200 voters conducted on Friday showed the Liberals leading 34.4% with the rival Conservatives at 30.1%, a shift from Thursday when the Conservatives were leading the Liberals by more than two percentage points.

The left-leaning New Democrats had 19% on Friday, about the same as a day earlier.