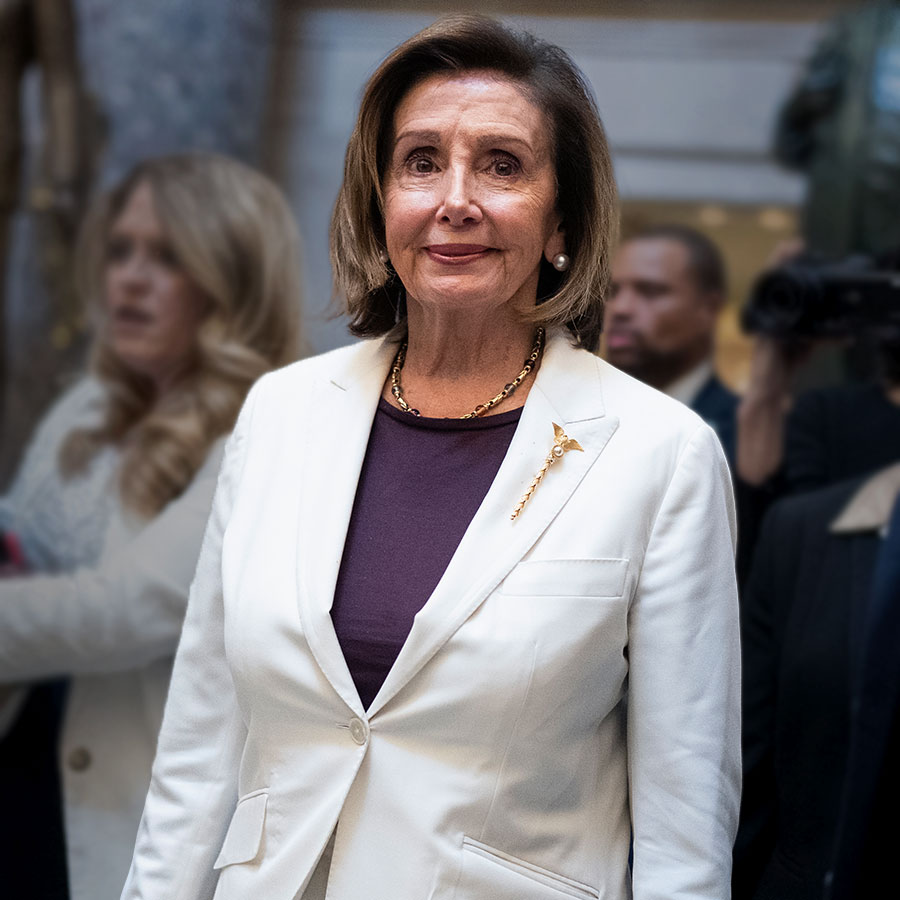 Speaker of the House Nancy Pelosi, 82, makes her way to the floor to announce she is stepping down from her leadership position on Nov. 17, 2022. Photo: Tom Williams/CQ-Roll Call, Inc via Getty Images

Nancy Pelosi is wrapping up a long career of congressional leadership in which she became the only woman to serve in the powerful post of U.S. House of Representatives speaker, showed an ability to pass major legislation, united fractious fellow Democrats and challenged some of the world’s most powerful men.

Pelosi, an 82-year-old liberal from California, on Thursday announced she would give up her House leadership role but remain in the House, representing San Francisco as she has done since 1987.

Pelosi’s move followed her party’s loss of control of the House to Republicans in last week’s midterm elections. Pelosi proved to be not only a durable leader but an effective legislator in two stints as speaker even as she was vilified by Republicans including former President Donald Trump.

She presided over the House as it twice impeached Trump — although he was acquitted by the Senate both times — and warned of the imminent threat she said the businessman-turned-politician posed to American democracy. In 2020, Pelosi publicly ripped up a copy of Trump’s final State of the Union address as she sat behind him in the House chamber.

She played a major role in advancing the policy agendas of Democratic Presidents Barack Obama and Joe Biden and at times blocking those of Republicans George W. Bush and Trump.

Pelosi was the highest-ranking and most-powerful elected woman in U.S. history until Kamala Harris became vice president in January 2021. She embraced the historic nature of her speakership.

Her successes led to years of villainization by conservatives, including when Trump supporters trying to overturn his 2020 election defeat stormed the U.S. Capitol on Jan. 6, 2021, roaring “We want Nancy” and looting her office.

In video taken during the Capitol riot and shown by CNN, Pelosi can be heard saying of Trump, “I hope he comes. … I’m going to punch him out and I’m going to go to jail, but I’m going to be happy.”

A politically motivated assailant echoed the “Where’s Nancy?” chant as he entered her San Francisco home on Oct. 28 and used a hammer to attack her 82-year-old husband Paul, who is expected to fully recover from a skull fracture.

Pelosi has been a prominent figure in the U.S. capital over a tenure spanning seven presidential administrations. She first served as House speaker from 2007 to 2011, then regained the job in 2019 after her party took back control of the chamber in the 2018 midterm elections.

Many Republican candidates heading into the midterm elections ran ads attacking her and linking other Democrats to her. Her decision to step aside paved the way for a potential new generation of Democratic House leadership.

Pelosi also made her mark in foreign policy, visiting destinations including Ukraine, Iraq and Afghanistan. In August, she enraged China by becoming the highest-ranking American official in 25 years to visit Taiwan, saying she was honouring America’s “unwavering commitment” to the self-ruled island’s “vibrant democracy.” The visit capped decades of Pelosi’s high-profile opposition to China’s authoritarian rulers including President Xi Jinping.

Pelosi presided over Trump’s impeachments in 2019 and 2021. In the first one, the House charged Trump with abuse of power and obstruction of Congress after he asked Ukraine to investigate Biden and his son on unsubstantiated corruption accusations and withheld aide to Kyiv. In the second one, the House impeached Trump on a charge of inciting an insurrection, relating to his role in the Capitol rampage.

Pelosi initially became speaker after Democrats rode opposition to the Iraq war launched by Bush to take control of the House in the 2006 midterm election.

During her first stint as speaker, Pelosi called Bush “a total failure.” She had policy disagreements with him over the Iraq war and his efforts to privatize the Social Security retirement program, but worked with him to pass a fiscal stimulus bill and other legislation.

Under Obama, she paved the way not only for House passage of Obamacare but of the Dodd-Frank banking reform law and an $840 billion economic stimulus package.

The Democrats’ House majority shrank in the 2020 elections, but Pelosi marshalled the party to pass much of Biden’s legislative agenda, including a $430 billion climate change and drug pricing bill, a $1 trillion infrastructure bill and a $1.9 trillion COVID-19 relief bill.

Though branded a West Coast liberal by Republicans, Pelosi first learned politics 60 years ago on the East Coast as the daughter of a big-city mayor and congressman, Baltimore’s Thomas “Big Tommy” D’Alesandro. Her older brother Thomas D’Alesandro III also served as Baltimore mayor.

(Reporting by Patricia Zengerle; Editing by Will Dunham and Scott Malone)

President Joe Biden and a number of notable politicians took to Twitter to reflect on Pelosi’s incredible career as Speaker.