The Canadian Federal Election: What Has Happened and What Is at Stake 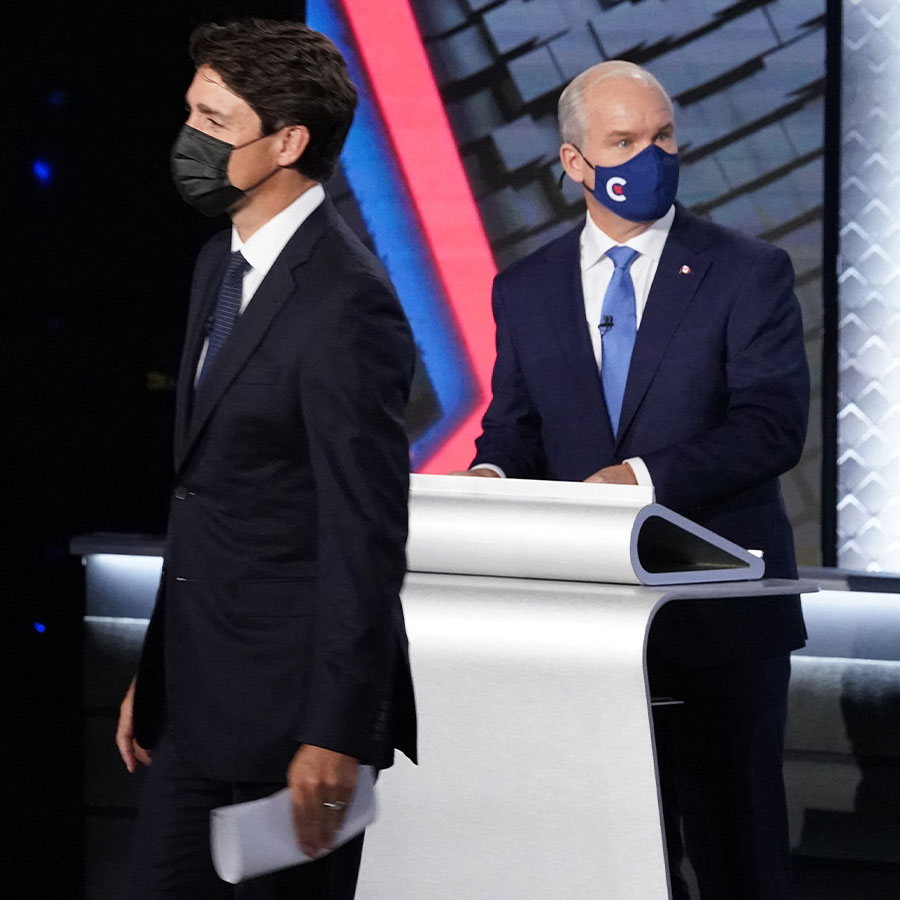 Canadians go to the polls on Monday in an election that Prime Minister Justin Trudeau called two years early, seeking to turn public approval for his handling of the COVID-19 pandemic into a fresh, four-year mandate.

Since 2019, Trudeau has only commanded a minority in parliament, leaving him dependent on other parties to govern. Trudeau argues the pandemic has changed Canada like World War Two did and Canadians should now choose who they want to make important decisions for decades to come.

Trudeau has struggled  to explain why an early election during a worsening fourth wave of COVID-19 was a good idea. Conservative leader Erin O’Toole consistently accuses the Liberal leader of putting Canadians in harm’s way for personal ambition. People also seem to be tiring of Trudeau, who carries the baggage of having governed for six years.

After Trudeau called the election, his hefty opinion poll lead vanished. Recent surveys point to a tight race in which he might retain power with another minority. Polls:

Steady Conservative gains during the first three weeks stopped as Trudeau attacked O’Toole for his opposition to vaccine mandates and his promise – now reversed  to legalize some assault weapons the Liberals had banned.

Trudeau said on Sunday only his Liberals could end the COVID-19 pandemic and accused O’Toole of taking the wrong approach.

WHAT ARE THE MAIN ISSUES?

To tackle the pandemic the Liberals ran up a record national debt of C$1 trillion ($785.7 billion) and pushed budget deficits to highs not seen since World War Two. In the campaign they promised another C$78 billion in new spending over five years.

O’Toole says he will balance the books within a decade without making cuts.

Analysts say financial markets do not appear overly worried about the fiscal implications of either promise although the stocks of bank and insurance firm could suffer after Trudeau promised a new windfall tax on their profits.

The Liberal government has introduced COVID-19 vaccine mandates. During the campaign, Trudeau has been abused  and heckled by people opposing the move and says his Conservative rival is taking his cues from the crowds. O’Toole opposes vaccine mandates, including for his own candidates, and says he prefers frequent testing.

Employment of women has plummeted thanks to COVID-19. The Liberals are promising to spend up to C$30 billion over five years to set up a long-promised C$10 a day national childcare  program. The Conservatives say they will cancel those deals and instead offer tax credits of up to C$6,000 a year to help pay for daycare.

Housing prices have soared about 70% since Trudeau took office. He is promising  to build, preserve, or repair 1.4 million homes over the next four years, among other measures. The Conservatives would boost supply by building a million homes over three years and loosening some mortgage requirements.

Forest fires in western Canada and a drought in crop-growing areas are focusing  attention on climate change. The Liberals promise more aggressive emissions cuts than the Conservatives, who are major advocates of the oil and gas industry.

(By David Ljunggren; Editing by Bernadette Baum and Lisa Shumaker)