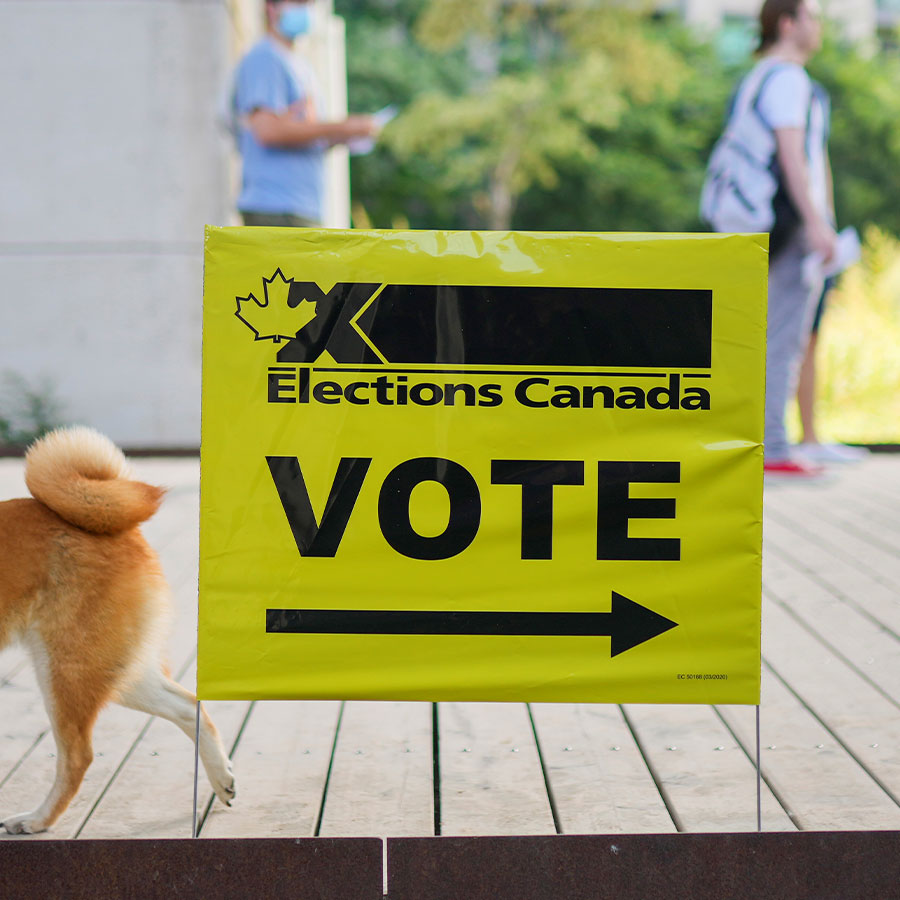 As Canadians head to the polls, Liberal strategists are now conceding it will be difficult for Trudeau to secure his desired majority government. Photo: Reuters/Mark Blinch

Canadian Prime Minister Justin Trudeau may cling to power in Monday’s election, but he is likely to lose his bid for a parliamentary majority after a tough campaign that dashed his ruling Liberals’ hopes for a convincing win.

Trudeau heads a minority government that relies on the support of other parties to pass legislation. With opinion polls last month showing him far ahead of his rivals, the Liberal leader triggered the vote two years earlier than necessary, saying voters needed to weigh in on his left-of-center Liberal government’s handling of the COVID-19 pandemic.

But as the public’s unhappiness about the early call grew, the 49-year-old prime minister saw his lead evaporate. Liberal strategists now concede it will be hard for the party to win a majority of the 338 seats in the House of Commons.

In recent days, Trudeau, whose government racked up record debt fighting COVID-19, focused on the need for Canadians to get vaccinated against the coronavirus. He backs vaccine mandates, while Conservative leader Erin O’Toole, 48, opposes the mandates and prefers a combination of voluntary vaccinations and rapid testing to stop the spread of the virus.

“We need clear, strong leadership that is going to continue to unequivocally push vaccines, and that’s what we will do. Mr. O’Toole, he can’t, and he won’t,” Trudeau told supporters in Niagara Falls, Ontario, on Sunday during a frantic last day that saw him travel 2,800 miles (4,500 km) across Canada.

If Trudeau does fall short of a majority, it would represent a defeat that is certain to raise questions about his political future.

The Canadian dollar was trading lower against the U.S. greenback, with investors eyeing the election. [CAD/]

Trudeau, a charismatic progressive and son of former Liberal Prime Minister Pierre Trudeau, swept to power in 2015. But the Liberals were reduced to a minority in 2019 after Trudeau was damaged by allegations of intervening in a criminal case involving a corporation in Quebec and by revelations that he had worn blackface as a younger man.

Echoes of that campaign reverberated on Sunday when a new photograph of Trudeau wearing dark makeup at the same 2001 party emerged. A Liberal campaign official said the latest photo was a desperate attempt to smear Trudeau on the eve of the vote.

Trudeau apologized in 2019 for having worn blackface.

Polls show the Liberals tied in popular support with the Conservatives, which theoretically gives Trudeau’s party an advantage, since Liberal strength tends to coalesce in urban centers that are home to the lion’s share of seats.

“There’s no world in which this is not tight,” a senior Liberal strategist said. “Is a majority possible? Yes. Is it the likeliest scenario? No.”

Liberals concede voters might be turned off by having to go to the polls as a new COVID-19 wave hits the country. Low turnout tends to favor the Conservatives.

To complicate matters, both parties face the prospect of vote splits. The Liberals compete with the left-leaning New Democrats, while the right-wing People’s Party of Canada (PPC), which opposes mandatory vaccines, could hurt the Conservatives.

O’Toole voted in Bowmanville, Ontario on Monday, and Trudeau cast his ballot in Montreal.

After voting in downtown Montreal, Jonathan Goldbloom and his 95-year-old mother Sheila Goldbloom said they supported Trudeau’s handling of the pandemic.

“He showed great leadership on the file and he’s the one who said that everyone needs to get vaccinated. I don’t feel that the Tories have been consistent in that message,” Jonathan Goldbloom said, using another term for the Conservatives.

Wayne Boone, who was walking over to vote at an Ottawa poll, said he supports O’Toole’s Conservatives for their fiscal restraint.

“And I’m not very happy with Pierre Jr – as I call him – Justin Trudeau, because he tends to just spend money that we will never have,” Boone said.

An early indication of Liberal fortunes will come after 7:30 p.m. EDT (2330 GMT), when votes in the four Atlantic provinces are counted. The Liberals hold 27 of the 32 seats in that region.

Trudeau has taken a cautious line in public, sidestepping questions about a possible majority.

“I want as many Liberals as possible to be elected across the country because we need a strong government,” he told reporters in Montreal on Sunday. In private, aides are less shy.

“You don’t call an election during a pandemic just to get another minority government,” one of them said.

Elections Canada, which is overseeing the vote, has so far received nearly 800,000 mail-in votes from within Canada, up sharply from the 50,000 total mail-in votes received in 2019. Due to the high volume and verification checks necessary for mail-in votes, counting of those ballots will not begin until Tuesday, Elections Canada spokesperson Natasha Gauthier said.