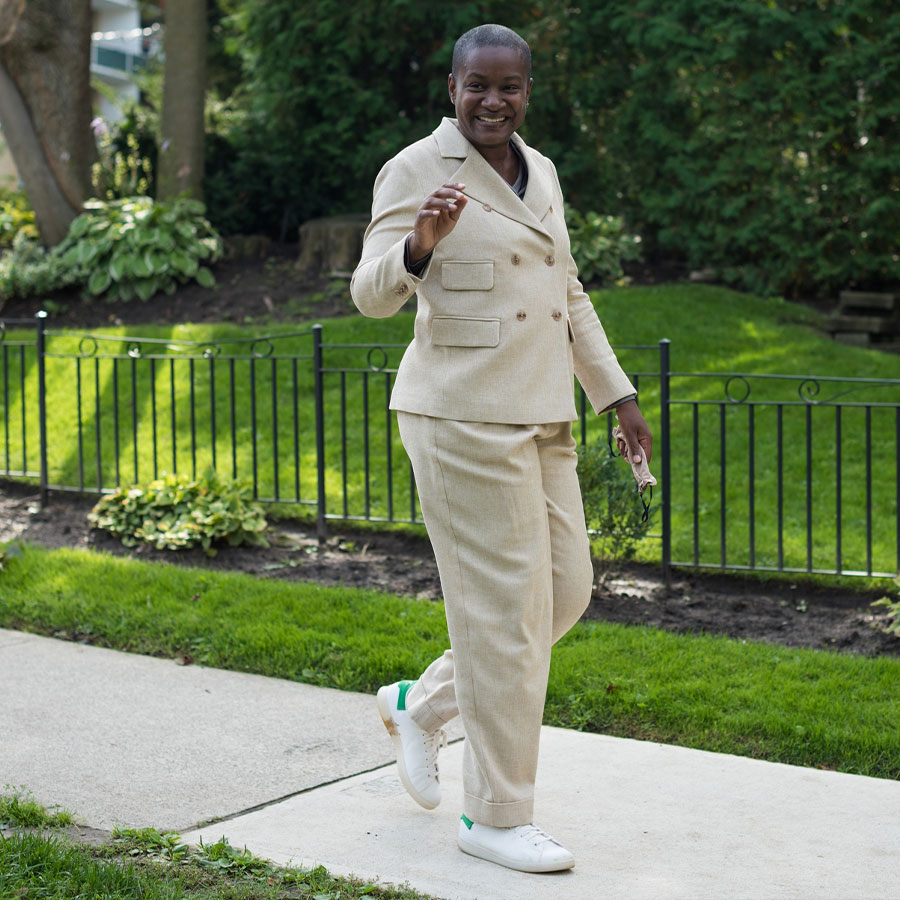 In announcing her resignation as head of Canada's Green Party, Annamie Paul said her time as leader was "the worst period in my life." Photo: Tijana Martin / The Canadian Press

Annamie Paul announced her resignation as head of Canada’s Green Party on Monday after losing in her own district in last week’s parliamentary election, stepping aside just under a year after becoming the nation’s first Black leader of a mainstream national party.

Paul, 48, said she felt she was never truly allowed to lead the fractious environmentally focused party and was not interested in going through a fight to remain its chief. She called her time as party leader “the worst period in my life.”

Paul came in fourth in her own Toronto constituency — won by the Liberals — and the Greens dropped 4 percentage points nationally in the Sept. 20 election compared with 2019. They won only two seats in the 338-seat House of Commons compared with three two years ago.

Liberal Prime Minister Justin Trudeau won a third term, albeit with a minority of seats in parliament.

Paul, a Toronto lawyer, beat out seven other contenders to win the leadership of the party last October. But she has for months been in a battle with the party’s federal council, which tried to oust her before the election. The party did not provide funding for Paul to hire a campaign staff or a national campaign manager.

“I just don’t have the heart for it,” Paul said, referring to going through a leadership review invoked by the party immediately after the election.

Of the discord within the party, Paul said she had never been given the opportunity to lead and “I will not be given that opportunity.”

Jenica Atwin, one of the three Green parliamentarians, left the party in June and joined the Liberals. Atwin was elected as a Liberal last week.

Atwin has said her exit was in large part due to a dispute over the party’s stance on Israel. Paul is Jewish. Atwin on Twitter criticized Israel’s treatment of Palestinians. A senior adviser to Paul, Noah Zatzman, posted on Facebook that some unspecified Green members of parliament were anti-Semitic.

The Greens had appeared to be well-positioned going into this year’s election, as most Canadians indicated that fighting climate change was one of their priority issues. But Liberals and the left-leaning New Democrats promoted their own climate plans and capitalized on the sense of chaos within the party.

Paul said during the campaign that she had thought several times about quitting, but wanted to stay and fight for important causes. Paul was the second person of colour to head a federal party in Canada after Jagmeet Singh took over the left-leaning New Democrats in 2017.