At the Groundbreaking of His Presidential Library in Chicago, Obama Warns Against Politics of “Anger and Resentment” 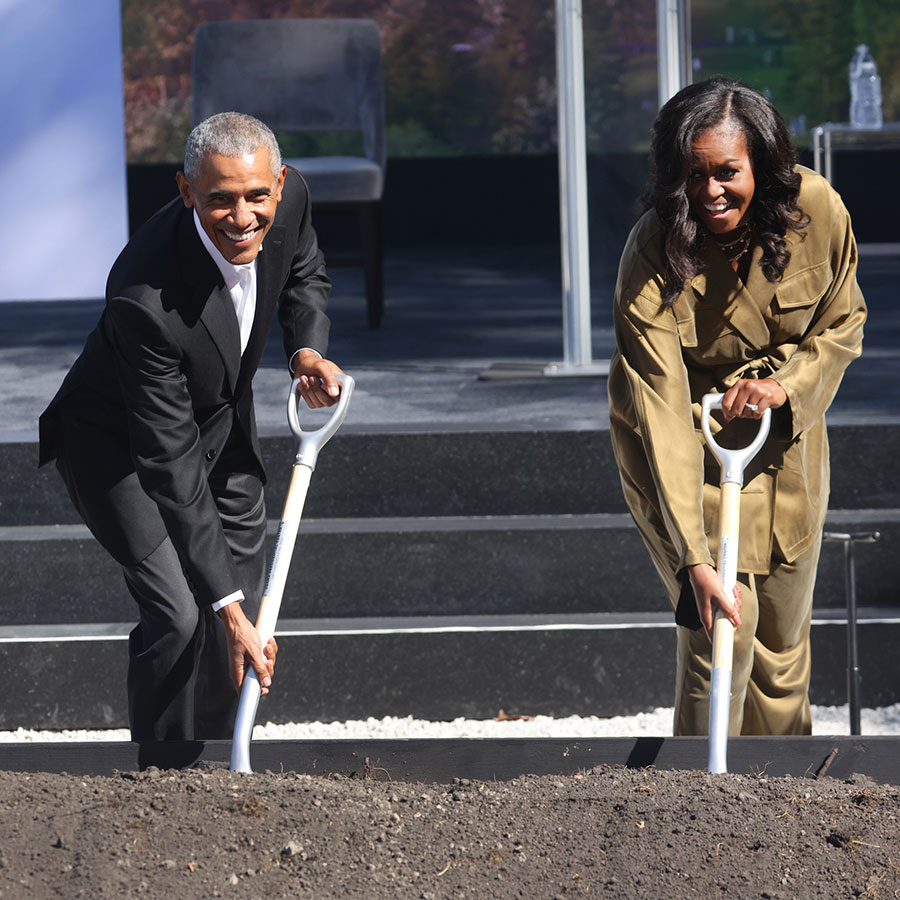 Former U.S. President Barack Obama and former first lady Michelle Obama in a ceremonial groundbreaking at the Obama Presidential Center in Jackson Park on September 28, 2021 in Chicago, Illinois. Construction of the center was delayed by a long legal battle undertaken by residents who objected to the center being built in a city park. Photo: Scott Olson/Getty Images

Former U.S. President Barack Obama warned against “politics that feeds anger and resentment” on Tuesday in a speech at the groundbreaking of his presidential library in Chicago, which he said would work to strengthen democratic ideas.

The 44th president said that the future Obama Presidential Center in Chicago will aim to strengthen ideals that are vulnerable in a bitter modern U.S. political environment and address global economic, social, technological and environmental issues that major institutions have failed to address.

“In the breach, a culture of cynicism and mistrust can grow,” the Democratic former president said. “We start seeing more division and increasingly bitter conflict. A politics that feeds anger and resentment towards those who are not like us and starts turning away from democratic principles in favour of tribalism and might makes right.”

Obama did not directly name his successor, Republican Donald Trump, who has continued since leaving office to push false claims that his November election defeat was the result of widespread fraud. Multiple courts, state election officials and members of Trump’s own administration rejected those claims.

Construction of the $700 million centre on the city’s South Side began in August despite opposition from local activists. Donations to the Obama Foundation are paying for the project.

It will house a museum of artifacts from Obama’s 2009-2017 presidency and be a public gathering space for cultural and educational events. Obama made history as the first Black U.S. president.

“We are about to break ground on the world’s premier institution for developing civic leaders across fields, across disciplines and, yes, across the political spectrum,” said Obama, 60, who once worked as a community organizer in Chicago.

Obama represented part of the city’s South Side in the Illinois state Senate before being elected to the U.S. Senate and then the White House.

(Reporting by Brendan O’Brien in Chicago; Editing by Scott Malone and Gerry Doyle)