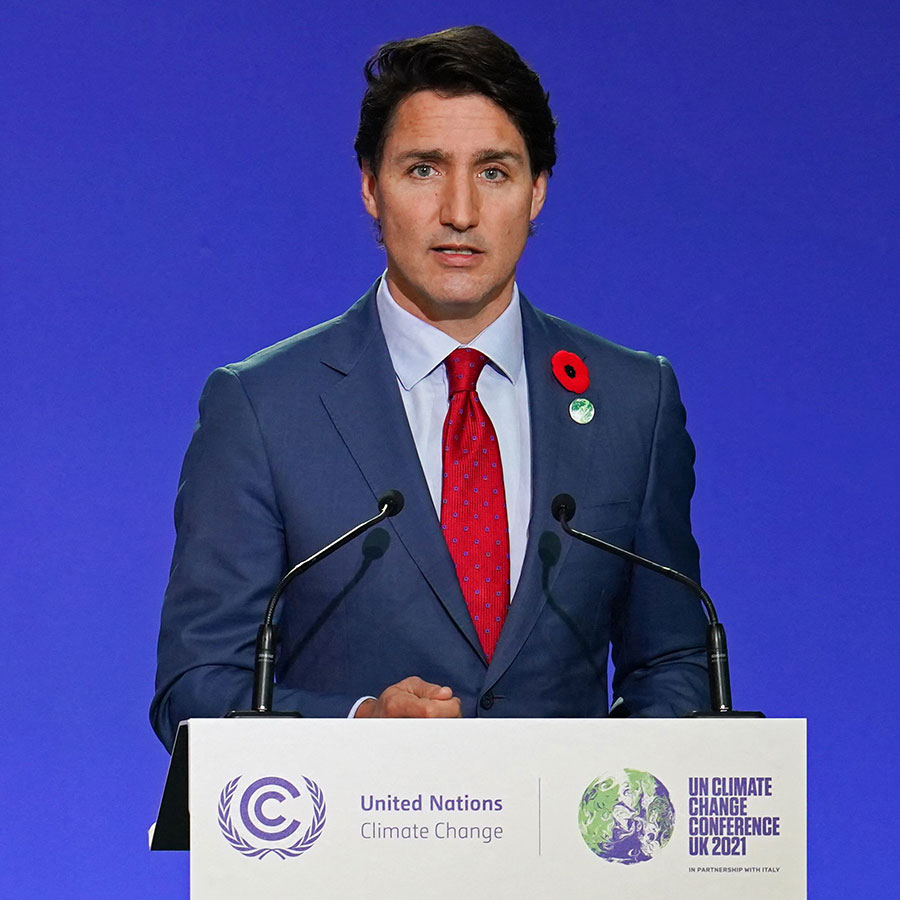 Prime Minster Justin Trudeau, pictured here at the World Leaders' Summit of the COP26 UN Climate Change Conference in Glasgow, Scotland on Nov. 1, 2021, has already committed Canada to reducing emissions by between 40% and 45% below 2005 levels by 2030. Photo: Ian Forsyth/Getty Images

Trudeau has already committed Canada to reducing emissions by between 40% and 45% below 2005 levels by 2030. The country’s independent budgetary watchdog says this will be a challenge, given the speed and scale of changes needed.

Trudeau made his remarks to reporters after outlining Canada’s plans to the COP26 climate conference in Glasgow.

Polls consistently show the environment is among Canadians’ top concerns and Trudeau has made climate change a priority since taking power in 2015.

After failing to win a parliamentary majority in a September election, Liberal officials said some progressive voters had been disappointed in the government’s green record.

Yet energy producers and their political allies in the province of Alberta have complained that they view the existing targets as too ambitious. Canada is also the world’s fourth largest oil producer and carbon emissions are among the world’s highest for every barrel of oil it pumps.

In September Trudeau pledged to immediately cap emissions from the oil and gas sector, which is responsible for 26% of national emissions, and require lower emissions in five-year intervals, starting in 2025.

Trudeau also said he was confident the world could limit the rise in temperature to 1.5 C above pre-industrial levels and avoid the worst impacts of climate change.

“One of the things we recognize is that we’re going to need to be continuing to push our levels of ambition … pushing on the development of new solutions, of technologies, of new ways of growing our economy,” he told reporters in Glasgow.

“These are the things we need to do. So yes, I am confident we’re going to be able to stay on that track to 1.5 (degrees).”

(Reporting by David Ljunggren in Ottawa and Ismail Shakil in Bengaluru; Editing by Chris Reese and David Gregorio)