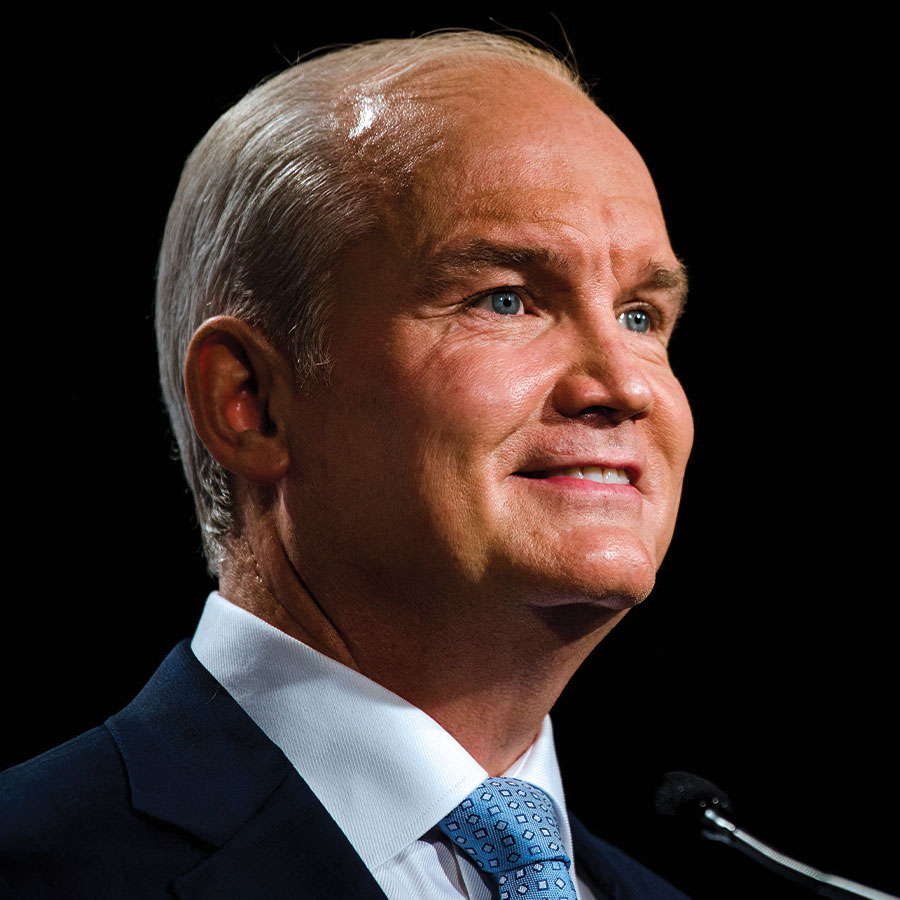 In a caucus meeting held today, the Conservative Party has voted overwhelmingly to remove Erin O'Toole as its leader. Photo: Andrej Ivanov/AFP/Getty Images

Erin O’Toole’s turn at the helm of the Conservative Party ended abruptly today after a closed-door meeting of the party’s caucus voted overwhelmingly to remove him from the post.

The vote to remove O’Toole, which at 73-45 wasn’t close at all, reflects a party in complete disarray and shines a light on the growing divisions between its socially conservative and more moderate wings.

After the results, O’Toole posted this message saying he had stepped down as leader of the opposition and leader of the Conservative Party of Canada. In his parting thoughts, he said that “our country is divided and people are worried” and that a “strong, modern and united Conservative Party will help our country heal.” He added that he would support the new leader and urged everyone in the party to do the same.

Rebranding the Tories, Once Again

“Today our caucus voted for a change in leadership,” said Conservative MP Matt Jeneroux, in a statement released after the vote. “As a party, we must rebuild trust amongst Canadians and show them that we are strong and stable leaders who are rooted in our conservative values.”

O’Toole’s ouster mirrors a similar coup that occurred 18 months ago, only back then it was the moderate forces forcing then-leader Andrew Scheer to resign. After leading the Conservatives to a second-place finished behind the Liberals in the 2019 election, Scheer was heavily blamed for the loss with critics saying his unpopular stances on social issues such as gay marriage and abortion undermined the party’s electoral support in Ontario and Quebec.

To address this, the party decided to replace Scheer with O’Toole, who  promised to make inroads into the two vote-rich provinces by moving the party to the middle. Unfortunately, this rush to the centre didn’t help in the 2021 election. Despite jumping out to an early lead in the polls, O’Toole failed win any extra seats in Ontario, paving the way for yet another Liberal minority under Justin Trudeau.

The poor results infuriated Western supporters like Calgary area MP Bob Benzen who felt that O’Toole’s acceptance of a carbon tax betrayed the interests of the oil-producing provinces. Others criticized their leader’s penchant for flip-flopping on key issues or echoed Saskatchewan Sen. Denise Batters, who blasted O’Toole for running an election campaign, “nearly indistinguishable from Trudeau’s Liberals.”

After Batters called for a leadership review, O’Toole kicked her out of caucus and punished others who criticized his leadership or policies, especially over the carbon tax and accusing him of selling out western interests.

Ultimately, as Carson Jemera writes in today’s National Post, it was O’Toole’s refusal to take a firm stand on any policy as well as the ham-fisted way he dealt with issues like this weekend’s trucker protest in Ottawa that spelled his doom, citing his unfortunate habits of “expressing opposing positions within days of each other, appearing embarrassed to be a conservative … and leaving everyone unsatisfied in the end.”

Or, as political commentator Charles Adler noted, O’Toole simply couldn’t “stay in the same lane for more than 10 seconds.”

As these negative voices grew louder they muffled those who supported O’Toole, including MPs like Candace Bergen, Michelle Rempel Garner and Garnett Jenuis, the latter who called on Tories to “stay united, defend our principles and remain focused on giving Canadians better government.”

Alberta Premier Jason Kenney, a key voice in the Conservative Party, offered tepid support for O’Toole, noting that “It doesn’t make sense to keep changing leaders after every election.” However, todays vote indicates he clearly didn’t have enough supporters, a reality which sealed O’Toole’s fate.

Can Anyone Beat Trudeau?

The continued infighting is another piece of luck for Trudeau, who must be watching the chaos ripping apart his main opposition with much amusement and glee. Will the party get wise to the fact that politics is about personality and the Conservative are never going to topple Trudeau if they keep running stodgy, low-key candidates like Scheer and O’Toole?

Yesterday, the Conservatives tried to quickly repair the damage by appointing Manitoba MP Candice Bergen to take over as interim leader. Bergen, who has a long history with the party, was deputy leader under O’Toole and held various roles while Stephen Harper was in office.

But who will take over from Bergen? There has already been much talk that a right-wing firebrand like Pierre Poilievre could be the answer. Other names like Leslyn Lewis, who finished third in the last leadership race, and Marilyn Gladu have also surfaced.

But with the Conservative Party in complete disarray, veering all over the place on key issues and offing the heads of their leaders at the slightest pretext, why would anyone want this job?

(This story has been updated to include the appointment of Candice Bergen as interim leader of the Conservative Party.)