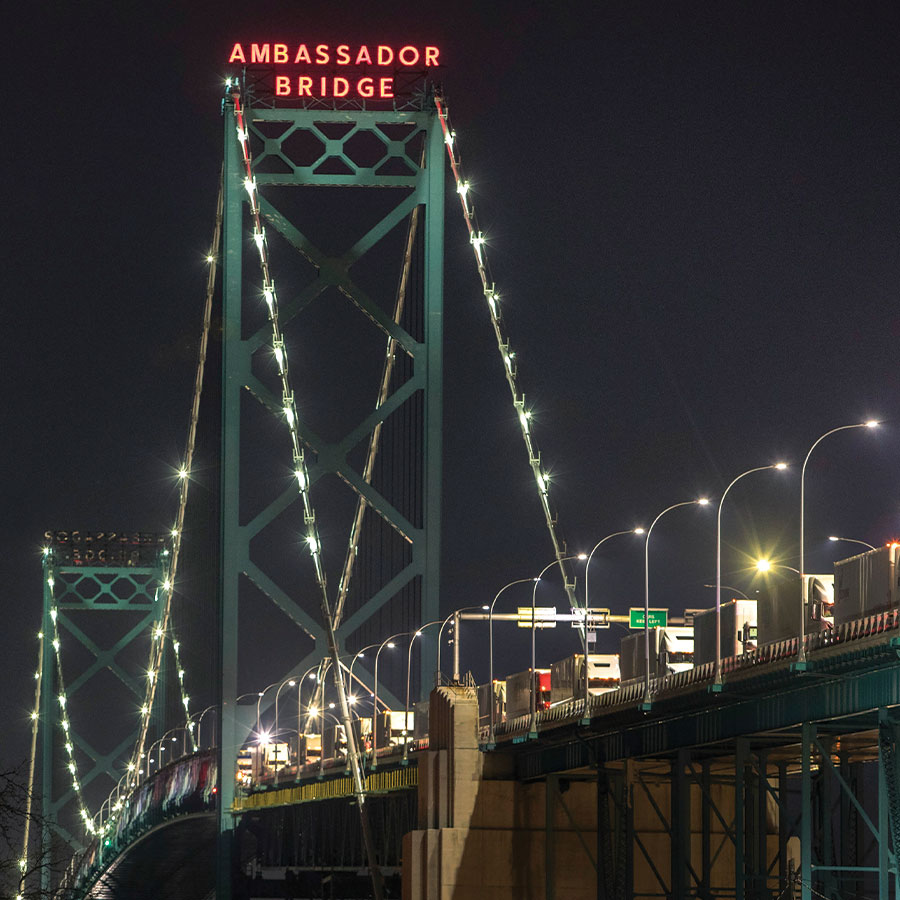 Angry Canadian truckers were blocking the busiest crossing with the United States on Tuesday, as Prime Minister Justin Trudeau prepared to face legislators later in the day to discuss the growing crisis.

Drivers demanding an end to federal COVID-19 vaccine mandates for cross-border traffic first arrived in Ottawa on Jan 28 and gradually took over the centre of the Canadian capital.

As police slowly started to take back control the protesters — many of whom are demanding that Trudeau quit — moved their focus to the Ambassador Bridge linking Detroit and Windsor.

Trucks started blocking traffic late on Monday and a Canadian government website showed that the bridge was shut in both directions at 7:11 am ET.

Canada sends 75 per cent of its goods exports to the United States and trucks play a crucial role. The bridge usually handles around 8,000 rigs a day, underlining the economic significance of the blockade.

“We got sent here to send a message and the message isn’t getting through,” Ottawa protest spokesman Tom Marazzo told reporters on Monday night.

Trudeau, who has spent 10 days in isolation after catching COVID-19, is due to return to the House of Commons later on Tuesday to face opposition legislators who are demanding he do more to end what one aide called a “national humiliation.”

His government, though, says police forces should be able to restore order.

“Individuals are trying to blockade our economy, our democracy, and our fellow citizens’ daily lives. It has to stop,” Trudeau told an emergency debate in the House of Commons on Monday night. “Those who are shouting at others because they’re wearing a mask do not define what it is to be the majority of Canadians.”

Ottawa Mayor Jim Watson, facing the growing anger of residents, wants a mediator to be appointed but ministers say this is a non-starter.

The opposition groups have no unified leadership and appear to have an imperfect knowledge of the Canadian constitution.

Some believe they can remove Trudeau simply by asking Governor General Mary Simon, the representative of Queen Elizabeth, the head of State. She has no power to do so.

Marazzo said he was ready to sit in a coalition with opposition parties. This would be impossible, since to do so he would first need to be elected as a legislator.