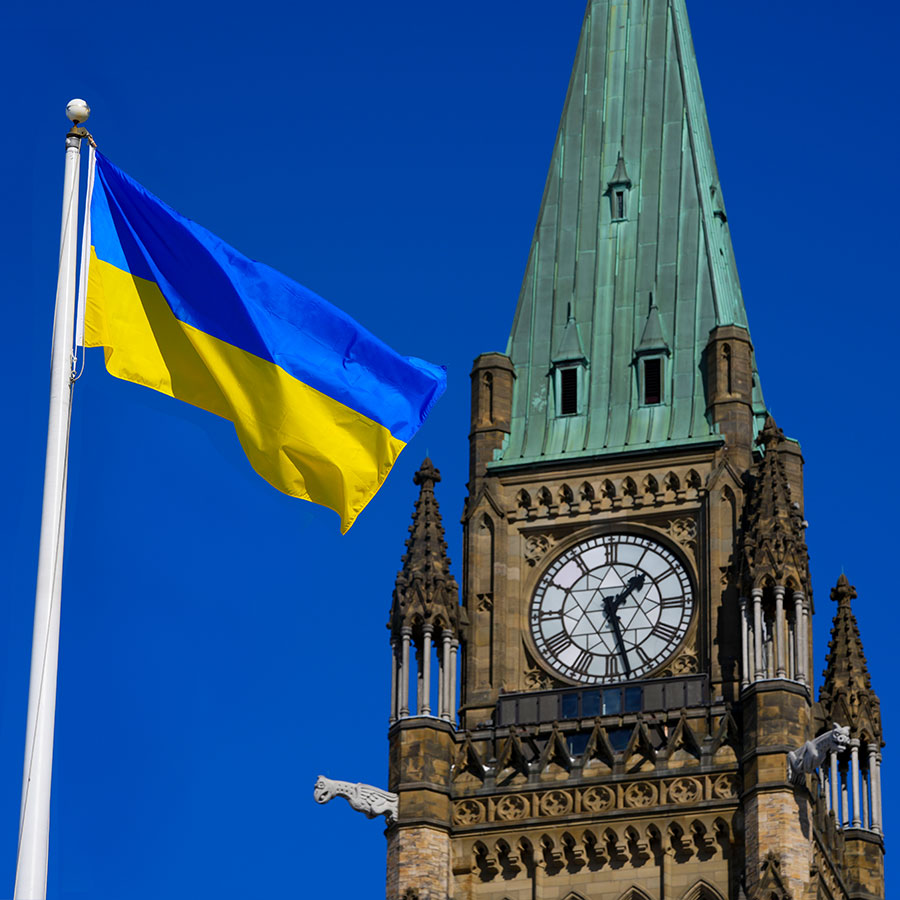 “We understand that people of Ukrainian descent want to support their fellow Ukrainians and also that there is a desire to defend the motherland and in that sense it is their own individual decision …. Let me be clear: we are all very supportive of any form of support to Ukrainians right now.”

Ukraine’s call for foreign volunteers is nothing new. Embattled nations have long called upon adventurers, diasporas, religious adherents and ideological sympathizers to join in their struggles. Canadians have an equally long history of answering such calls, including during the U.S. Civil War in the 1860s and the Spanish Civil War in the 1930s.

These volunteers can play a variety of roles. In some cases, they might be specialists like pilots or medical doctors who are in short supply and are urgently needed. In other conflicts, foreign volunteers can appreciably add to the mass of a country’s military force.

Regardless of the quantity or type of volunteers, the call for help is perhaps most important in signalling a simple message: we are not alone. Zelensky is unambiguously telling the world that Ukraine’s fight is everyone’s fight; Ukraine’s cause is everyone’s cause. And once foreign volunteers are in place, this message becomes clearer and stronger.

The plight of the Ukrainian people is there for all to see on social media right now — imagine the impact of videos from the front lines narrated by a Torontonian, a Winnipegger or an Edmontonian?

This type of involvement in war zones is what the Canadian government has sought to avoid in the past. Getting Canadians home amid or after a conflict, whether they’re released from service or held in prisoner-of-war camps, costs money and political capital.

Claims of Neutrality Are Questioned

Volunteers fighting in foreign wars can lead foreign governments and voters to question a country’s claims of neutrality if it has opted not to get directly involved in the conflict.

Killed or wounded Canadians can also ignite heated debates about what constitutes a veteran since they’re not members of the Canadian Armed Forces, and who will provide for the returned volunteers or their families.

These issues can be particularly challenging when they illuminate sectarian or ideological divides.

Just before Confederation in 1867, as many as 50,000 Canadians went to fight for American federal forces during the U.S. Civil War, even as other British North Americans supported the Confederacy, most notably in the Maritimes. Recruiters were prosecuted in police courts, but not the volunteers themselves.

Others, notably conservatives in Québec like Premier Maurice Duplessis, decried the volunteer movement’s connection to the Communist Party of Canada and lauded the leader of the nationalist rebellion, Gen. Francisco Franco, as the hero of Catholicism.

These tensions caused a unity crisis and compelled Prime Minister William Lyon Mackenzie King and Justice Minister Ernest Lapointe to pass the country’s Foreign Enlistment Act in 1937. They applied the act to the situation in Spain by an order-in-council.

In the present war, the statute would prohibit a Canadian from joining the Russian military — but not Ukraine’s.

The Canadian volunteers were not seriously investigated. Although charges were nearly pressed against the recruiters, the endeavour was abandoned when the RCMP and the Department of Justice feared public backlash. In 1937, the act allowed King and Lapointe to argue they were doing something about Canadian volunteers in Spain. Recruiters, largely organized by the Communist Party of Canada, kept most of their efforts underground and quiet to avoid prosecution.

The act’s prohibition on recruiting is broad. It’s an offence to recruit within Canada for the armed forces of any state, friendly or hostile.

However, consular and diplomatic officers of that foreign state are allowed to engage in such activities. This is presumably why Canadian officials have pointed potential volunteers to Ukrainian embassies and consulates. Any prospective grassroots recruiters would be wise to take the same approach.

Canada is Largely Behind Ukraine

The tensions exacerbated by Canadian volunteers in previous wars, and the corresponding desire for strategic ambiguity by the federal government, aren’t present in the current crisis. Canadians seem to be universally in Ukraine’s corner.

After Ukraine and Russia, Canada is home to more people of Ukrainian descent than any other country on Earth. The 2016 census shows 1.4 million Canadians of Ukrainian ancestry, a third of which are aged 25 to 54 — in other words, of fighting age. The statements by Joly and Anand have helped eliminate ambiguity at a moment when time is of the essence. This is not to say that the other costs of foreign volunteerism will vanish. If Canadian volunteers go to Ukraine, some will undoubtedly be killed or captured. But as Joly has indicated, this is a risk the volunteers must accept of their own volition.

We can only guess how many of them might contemplate the idea, but if even a fraction elect to make the journey, there could soon be large numbers of Canadians in Ukraine.