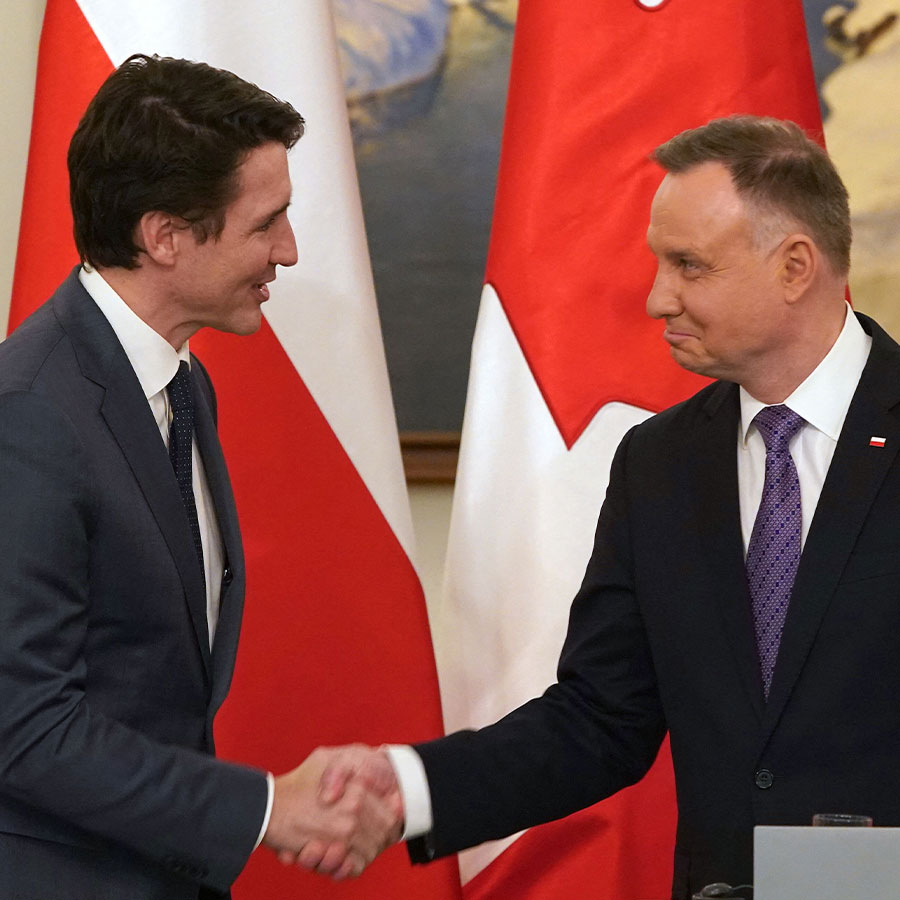 Prime Minister Justin Trudeau told Polish President Andrzej Duda yesterday that Canada will step up to assist the country in dealing with the anticipated flood of refugees trying to get into Poland and escape conflict zones of the Russia-Ukraine war.

“Canada is there to help,” Trudeau told Duda, while stopping in Poland’s capital, Warsaw, as part of a European mini-tour that he, Deputy and Finance Minister Chrystia Freeland and International Development and Minister Harjit S. Sajjan are making.

Duda expressed gratitude for any assistance Poland receives to help overcome the “deep, deep refugee crisis” threatening the country, with 1.5 million refugees expected to seek a safe haven as the fighting intensifies.

Trudeau promised that Canada will step up its war-relief effort, providing $100 million for humanitarian assistance organizations and $30 million for the Red Cross special appeal. Perhaps more importantly, he said he would  speed up the processing of Ukrainian refugee applications.

While in Warsaw, Trudeau also met with U.S. Vice-President Kamala Harris, who was there to see what her country can do to help avert a humanitarian crisis.

“I know we stand in solidarity, in terms of our outrage at this war, and the aggression that Russia has taken against Ukraine, unprovoked, unjustified, and we value of course the territorial integrity and sovereignty of Ukraine,” Harris said to Trudeau in their meeting.

While in Poland, Trudeau became emotional after speaking with some of the Ukrainian refugee families, with Freeland acting as translator.

“I just want to tell you that we are watching what’s happening in Ukraine every single day from around the world,” Trudeau told the families. “And we are all standing with you and we all want this to be over as [quickly] as possible.”

He also had some harsh words for Russian President Vladimir Putin. “He’s going to lose this war because the ferocity and strength and resolve of the Ukrainian people defending their territory is inspiring us all.”

Trudeau has invited Ukrainian President Volodymyr Zelenskyy to address the House of Commons and Senate jointly.

“This would be an opportunity for Canadians to hear directly from President Zelenskyy about the urgent and dire situation facing the people of Ukraine,” wrote House Leader Mark Holland in a letter to the Speaker of the House asking for permission. Zelenskyy has already spoken to the U.S. Congress and the British Parliament.