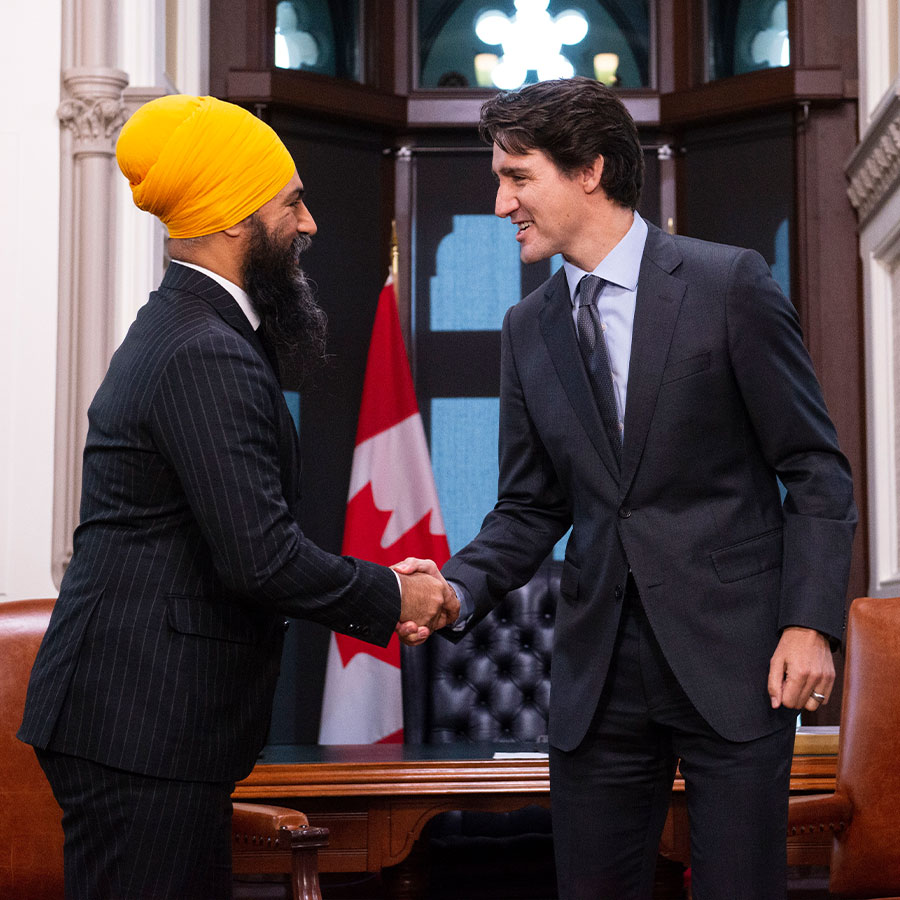 Canadian Prime Minister Justin Trudeau said on Tuesday the ruling Liberal Party and the opposition New Democratic Party (NDP) have reached a tentative agreement for the NDP to support his minority government in key parliamentary votes until 2025.

Minority governments like the one Trudeau now leads tend to last an average of about two years, but this agreement could permit it to last the entire four-year term.

Trudeau has failed to gain a majority of seats in parliament in the past two elections. So the left-leaning NDP has backed Trudeau in key votes since 2019, but this agreement would formalize future support, a source told Reuters earlier on Tuesday.

“The NDP-Liberal coalition is nothing more than a callous attempt by Trudeau to hold on to power,” said Conservative Party leader Candice Bergen. “Canadians did not vote for an NDP government. This is little more than backdoor socialism.”

The deal would see the left-leaning NDP back the centre-left Liberals in confidence votes, including the next four budgets, the Canadian Broadcasting Corp first reported late on Monday. This year’s budget is due to be presented in early April.

The Liberals in return would follow through on some elements of programs long promoted by the NDP, possibly on national coverage for prescription medicines and dental care, according to the CBC.

The deal would see the two parties collaborate on some legislation and on parliamentary committees, but would not include the NDP joining Trudeau‘s cabinet.

It did not provide details on what legislation they would collaborate on.

NDP leader Singh last year ruled out a formal deal to keep the minority Liberal government in power but added he was willing to support Trudeau.

(Reporting by Steve Scherer in Ottawa, Rhea Binoy and Bhargav Acharya in Bengaluru;Editing by Nick Zieminski and Bernadette Baum)