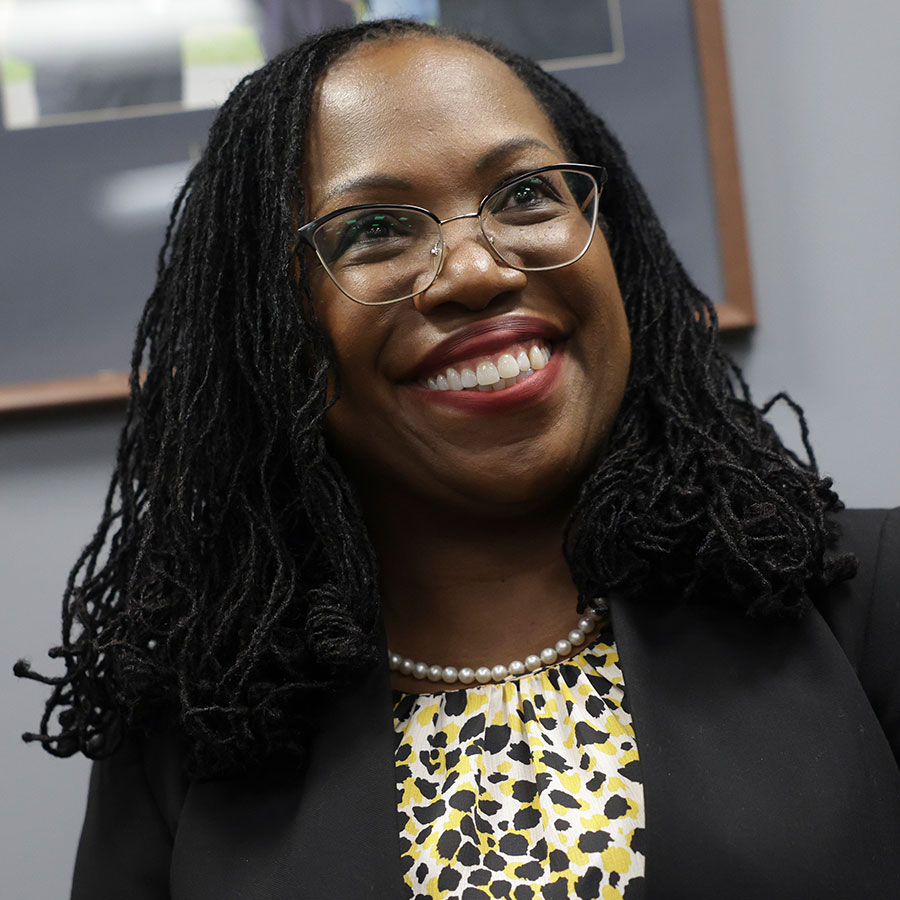 Ketanji Brown Jackson was confirmed by the Senate on Thursday as the first Black woman to serve on the Supreme Court in a milestone for the United States and a victory for President Joe Biden, who made good on a campaign promise as he seeks to infuse the federal judiciary with a broader range of backgrounds.

Jackson will take the 83-year-old Stephen Breyer’s place on the liberal bloc of a court with an increasingly assertive 6-3 conservative majority. Breyer is due to serve until the court’s current term ends — usually in late June — and Jackson would be formally sworn in after that. Jackson served early in her career as a Supreme Court clerk for Breyer.

Democrat Raphael Warnock, one of the Senate’s three Black members, said in debate before the vote: “I’m the father of a young Black girl. I know how much it means for Judge Jackson to have navigated the double jeopardy of racism and sexism to now stand in the glory of this moment … Seeing Judge Jackson ascend to the Supreme Court reflects the promise of progress on which our democracy rests. What a great day it is in America.”

Of the 115 people who have served on the Supreme Court since its 1789 founding, all but three have been white. It has had two Black justices, both men: Clarence Thomas, appointed in 1991 and still serving, and Thurgood Marshall, who retired in 1991 and died in 1993. Current Justice Sonia Sotomayor is the only Hispanic ever to serve on it. Jackson is set to become the sixth woman justice ever.

Before Jackson joins the bench, the Supreme Court is due to rule in major cases including one that could overturn the landmark 1973 decision that legalized abortion nationwide and another that could expand gun rights.

Mitch McConnell, the Senate’s top Republican, criticized Jackson in the debate before the vote, calling her the choice of the “radical left” and saying her “disturbing” judicial record included injecting personal policy biases in rulings and treating convicted criminals as gently as possible in sentencing.

Vice President Kamala Harris, who became the first Black woman to hold that post after Biden selected her as his 2020 election running mate, presided over the vote. A Harris spokesperson said the vice president believes Jackson will become an “exceptional” justice.

Senate Majority Leader Chuck Schumer noted the country’s legacy of slavery and past struggles to bring rights to women and Black Americans, adding: “Today we are taking a giant, bold and important step on the well-trodden path toward fulfilling our country’s founding promise.”

Democratic Senator Dick Durbin, the Judiciary Committee chairman, said, “We are beginning to write another chapter in our nation’s quest for equal justice under the law, and that chapter begins with three letters: KBJ,” using her initials.

Biden appointed Jackson last year to the U.S. Court of Appeals for the District of Columbia Circuit after she spent eight years as a federal district judge. Like the three conservative justices appointed by the Democrat Biden’s Republican predecessor Donald Trump, Jackson is young enough to serve for decades in the lifetime job.

During her March confirmation hearings, Jackson said what she hopes to bring to the Supreme Court is similar to what the prior 115 justices have delivered: their own life experiences and perspectives. She said hers included time as a federal judge, a court-appointed lawyer for criminal defendants who could not afford an attorney, a member of a federal commission on criminal sentencing and “being a Black woman, lucky inheritor of the civil rights dream.”

Jackson noted that she was born in 1970 in the aftermath of congressional passage of major civil rights laws aimed at curbing discrimination against Black people and other minorities and referenced the fact that her parents had experienced lawful racial segregation first-hand in their hometown of Miami.

Biden has aimed to bring more women and minorities and a broader range of backgrounds to the federal judiciary. His appointment of Jackson fulfilled a pledge he made during the 2020 presidential campaign to name a Black woman to the Supreme Court.

The other women to have served on the Supreme Court include current members Amy Coney Barrett, Elena Kagan and Sotomayor, the retired Sandra Day O’Connor and Ruth Bader Ginsburg, who died in 2020.

(Reporting by Lawrence Hurley and Richard Cowan in Washington and Andrew Chung in New York; Editing by Will Dunham)