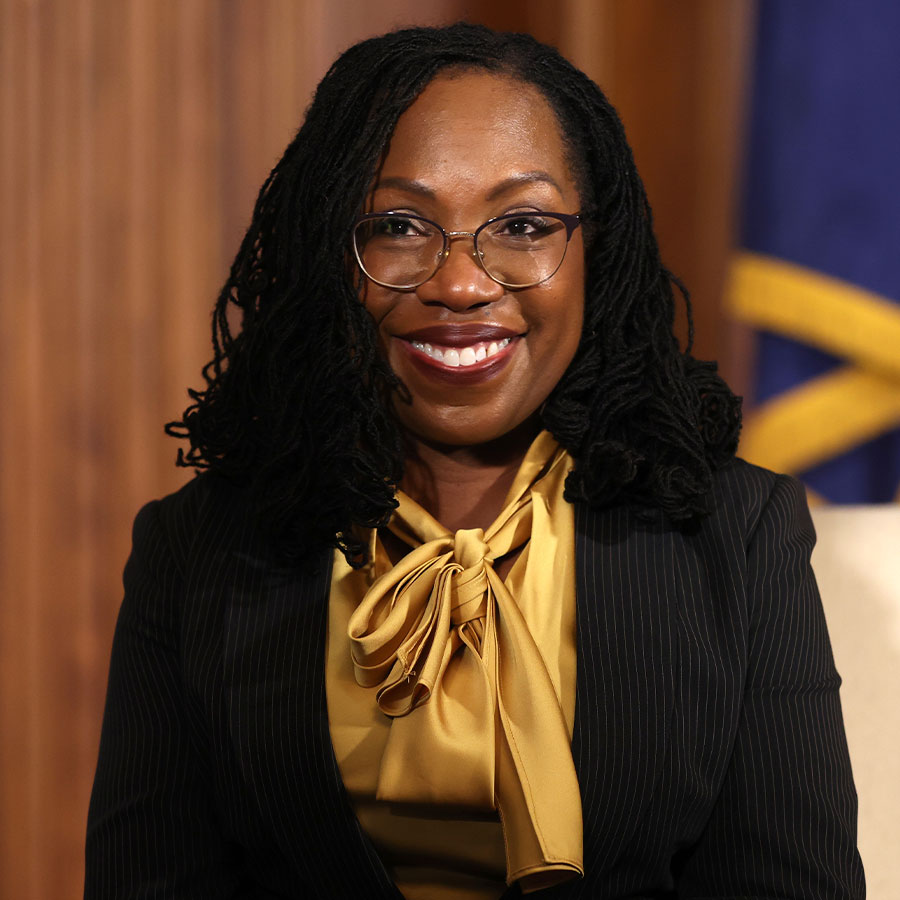 The historic appointment of Judge Ketanji Brown Jackson, seen here in March 2022, to the U.S. Supreme Court may also inspire Canada to appoint more justices of colour to the nation's highest court. To date, only one person of colour has served on Canada's Supreme Court. Photo: Justin Sullivan/Getty Images

With her confirmation to the U.S. Supreme Court, Ketanji Brown Jackson made history as the first Black woman justice to serve on the court in its 233-year history.

At 51, Judge Jackson, a judge on the U.S. Circuit Court of Appeals for the District of Columbia Circuit, is the same age as Sandra Day O’Connor — the first woman to ever serve as a justice on the Supreme Court — when she took her seat in 1981 (until 2006) after Republican President Ronald Reagan nominated her as an Associate Justice.

Since Judge O’Connor, two other women have been appointed to the Supreme Court, both under Democratic presidents. Ruth Bader Ginsberg (1993-2020) was appointed by Bill Clinton in 1993, and Sonia Maria Sotomayor (1954 –) was appointed by Barack Obama in 2009. Ginsberg was the first Jewish woman member of the court, while Sotomayor remains the only Latinx justice. With her appointment, Jackson continued the Democratic legacy of women of colour appointees to the court.

As a Black woman, however, she carries a double burden that makes her appointment unique. First, given the historic role the court has played in race relations, specifically its landmark decision in Brown v. Board of Education of Topeka (1954) in which the court ruled unanimously that racial segregation was unconstitutional, Jackson will face many challenges from her Republican judges regarding her opinions about the role of the court in stirring social change. Second, as a woman, her opinions on gender-specific cases, like those related to abortion will (and already have during her confirmation hearings) face constant scrutiny by Republican pro-life advocates.

The Battle Over Abortion Rights Continues

One of the landmark decisions Justice O’Connor contributed to was Planned Parenthood v. Casey (1992), a decision that upheld a woman’s constitutional right to an abortion that was established in Roe v. Wade (1973) — the precedent-setting case that was decided in a 7 to 2 vote by the Supreme Court, striking down laws in most states that had barred the procedure.

Because the U.S. Supreme Court now has a 6-3 conservative majority, Judge Jackson won’t shift the court’s political leanings. But as a former public defender, her views on abortion, and other cases related to race and/or affirmative action, will shape the kinds of decisions that she comes to.

If you consider that Planned Parenthood, the federally funded organization that provides sexual health care in the U.S., is the largest single provider of reproductive health services, including abortions and that, according to a Pew Research Center survey taken in 2021, Black women are the highest percentage of women (67 per cent) who now say abortion should be legal in all or most cases — as compared to 57 per cent of Latinx and 58 per cent of white women — Judge Jackson’s confirmation is more acutely political.

On the first day of the nomination hearings, Judge Jackson stressed that she would support keeping abortion legal. But repeated condescending questions from Republican senators on Roe v. Wade — which is currently being debated before the Supreme Court in Dobbs v. Jackson Women’s Health Organization, a case that concerns a Mississippi law that bans abortion if the “probable gestational age of the unborn human” is more than 15 weeks — signals the general dislike for progressive judges on the political right. In the Dobbs case, the state has asked the court not only to uphold the Mississippi law but to also overturn Roe v. Wade.

Depending on its outcome, Judge Jackson is joining the court at a pivotal moment in history when landmark cases of 50 years ago are once again dividing the Supreme Court not down sociocultural lines but political lines. For instance, a 2021 study from polling firm Selzer found that 6 in 10 Americas believes the Supreme Court bases its decisions more on the justices’ political views than on Constitutional law. Judge Jackson’s decisions, then, will not only face intense criticism from Republican-nominated justices, but her character in terms of remaining impartial will also be challenged, as evidenced by South Carolina Senator Lindsey Graham’s repeated badgering of Judge Jackson about her religious beliefs during the confirmation hearing.

In Canada, our Supreme Court appointees are more shrouded behind parliamentary bureaucracy. Most people do not even know many, if any, Black judges. But there have been many firsts as it relates to the court’s highest bench. For example, Corrine Sparks, 68, the first Black Canadian woman to become a judge in Canada, was appointed to the Nova Scotia Family Court in 1987. She retired last year after 34 years on the bench.

And while there are no Black judges on Canada’s Supreme Court, which comprises nine judges (three women), Prime Minister Justin Trudeau appointed Justice Mahmud Jamal, 55, to the court last year. The appointment made him only the first person of colour to be named to the Supreme Court of Canada.

Toronto native George E. Carter became the first Canadian-born Black judge born when he was appointed to the bench at age 59 in 1980. Carter’s daughter Linda told Global News earlier this year that her father, born in 1921, was both the only Black student at the University of Toronto’s Trinity College in the 1940s and the only Black lawyer practising in Toronto — where it was notoriously difficult for Black law students to find training.

Provincially, Selwyn Romilly became the first Black person to be named to the B.C. Supreme Court in 1974. According to a Globe & Mail article from 2000, of the sitting judges at that time, Ontario had 10 Black judges, Nova Scotia had two and Quebec, Alberta, and British Columbia each had one. Sadly, two decades later, very little appears to have changed.

Judge Jackson’s confirmation will not only inspire an entire generation of young Black girls in the United States. In Canada, she will also set a template for young Black lawyers who remain underrepresented across the legal profession as found in a recent Ontario-focused study.

It’s a mouthful to say, but it has a sweet ring to it.