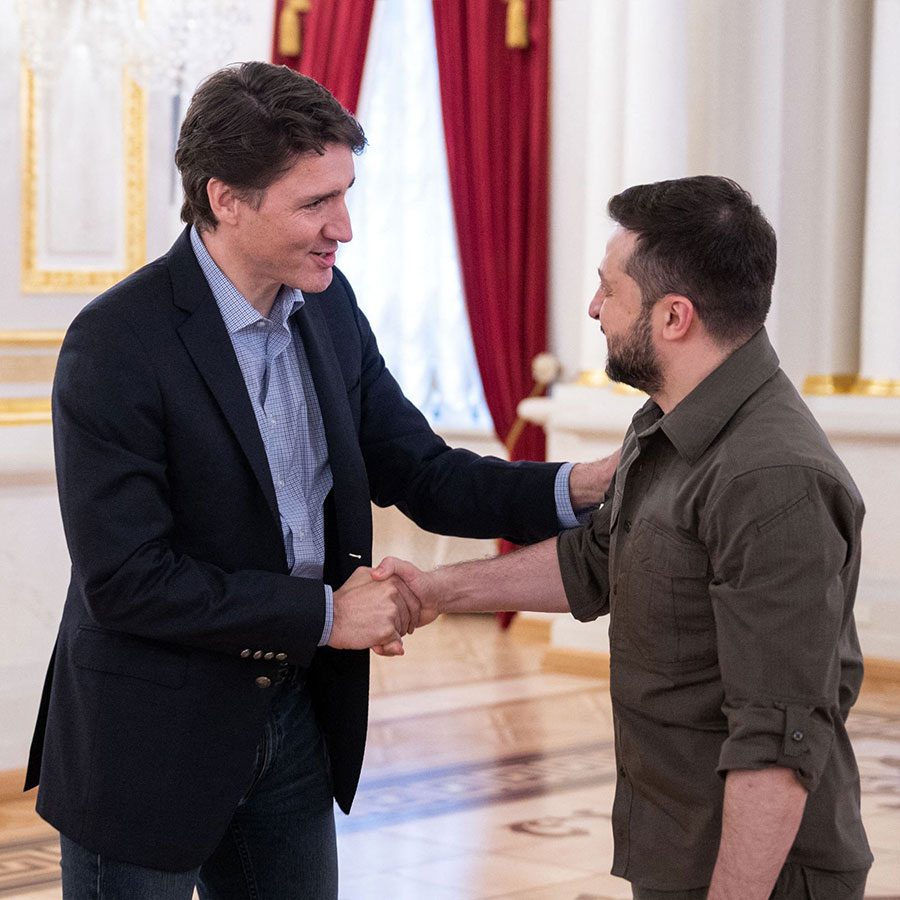 Prime Minister Justin Trudeau announced new weapons and equipment for Ukraine during an unannounced visit to Kyiv on Sunday. Trudeau was accompanied on the trip by Minister of Foreign Affairs, Mélanie Joly, and Deputy Prime MInister and Finance Minister, Chrystia Freeland.

The prime minister said Canada was imposing new sanctions on Russians in connection with Moscow’s invasion of Ukraine and reopened the Canadian embassy in the capital.

While there, Trudeau paid a visit to the Irpin where he took in scenes of destruction prompting this Tweet about the “the brutality of Putin’s illegal war.”

Trudeau addressed a news conference after talks with Ukrainian President Volodymyr Zelenskiyy and a ceremony in which a bomb-sniffing dog named Patron was awarded a medal of courage.

Meanwhile, Russian forces and pro-Russian separatists resumed heavy shelling of the Azovstal steel plant in Mariupol on Sunday, just a day after more than 300 civilians were rescued from the complex.

At least 60 people were also feared dead after a Russian strike on a school building in eastern Ukraine. Reuters could not immediately verify this account. There was no response from Moscow to the report.

Russia calls its invasion a special military operation designed to disarm its neighbour. Ukraine and its allies say Russia launched an unprovoked war.

Zelenskiyy decried the school attack and called for more financial and humanitarian support, invoking the lessons of World War II.

During Trudeau‘s visit he also went to the town of Irpin outside Kyiv, the focal point of fierce fighting before Russian troops withdrew in late March.

Canada will add $25 million to the UN’s World Food Programme as part of efforts to uphold food security and Trudeau said they would remove trade tariffs on all Ukrainian imports to Canada for next year.