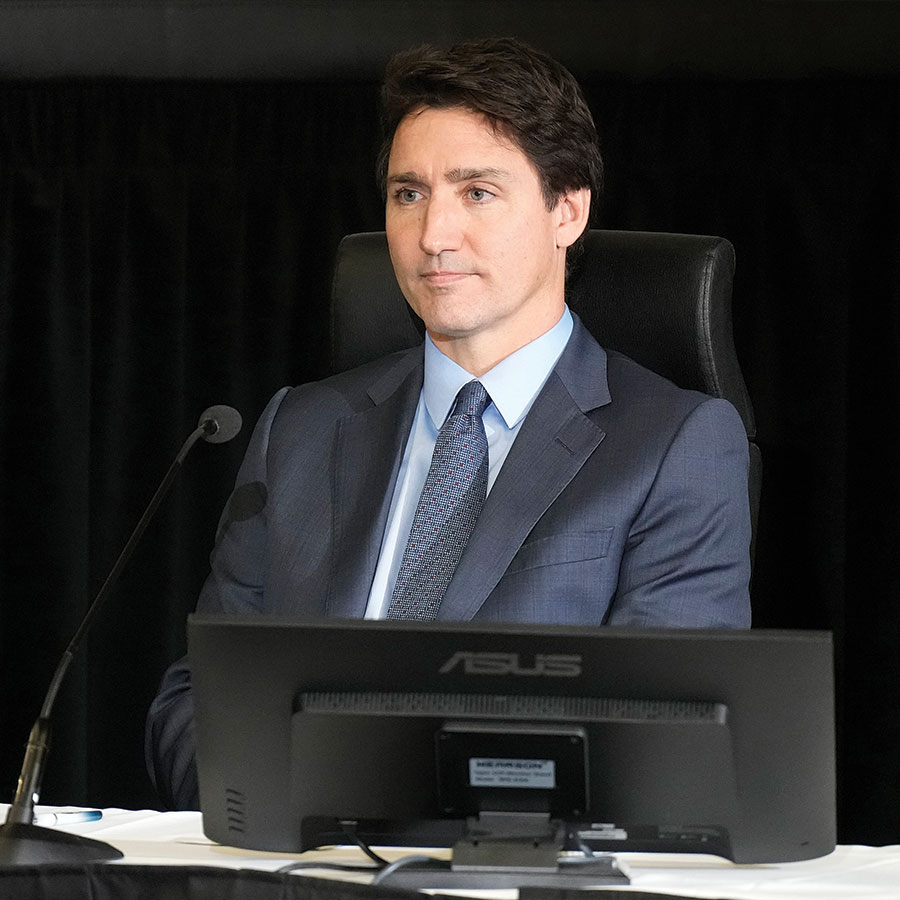 Prime Minister Justin Trudeau was questioned on Friday over his decision to invoke emergency powers to end protests that shut down the capital in early 2022, in a rare appearance by a sitting prime minister at a public inquiry.

The “Freedom Convoy” demonstrations against public health measures including vaccine mandates paralyzed Ottawa and blocked some border crossings for weeks in January and February.

A commission looking into the government’s use of the powers has heard from witnesses into justifications for its use and events leading up to it.

“I am absolutely, absolutely serene and confident that I made the right choice in agreeing with the invocation,” Trudeau told the commission.

He cited the threat of serious violence and local police not having a credible plan to restore order as reasons that prompted him to invoke the act, which has not been used in its current form since it was created in the 1980s.

Civil liberties advocates have argued the government was not justified in using the Emergencies Act, saying police could have cleared the blockades using existing powers.

Trudeau said he would not have invoked the emergency powers if anyone had convinced him the situation could have been resolved without them.

“We kept hearing there was a plan … (but it) was not even in the most generous of characterizations a plan,” Trudeau said in response to questions from a commission lawyer.

The act gave the government temporary powers it does not normally have, including the ability to impose restrictions on public assembly and to mobilize federal support for local and provincial police.

It allowed financial institutions to temporarily freeze the bank accounts of people believed to be supporting the convoy and allowed the government to order towing services to clear blockades.

Earlier this week, Finance Minister Chrystia Freeland said the country had faced “a dangerous moment” amid the protests, which shut down a vital trade corridor between the United States and Canada.

Emergencies Act Inquiry: How to Balance Protest Rights With the Rule of Law?

Analysis: How Canada’s ‘Freedom Convoy’ Was Overtaken by a Radical Fringe