It’s January. Do You Know Where Your Partner Is? 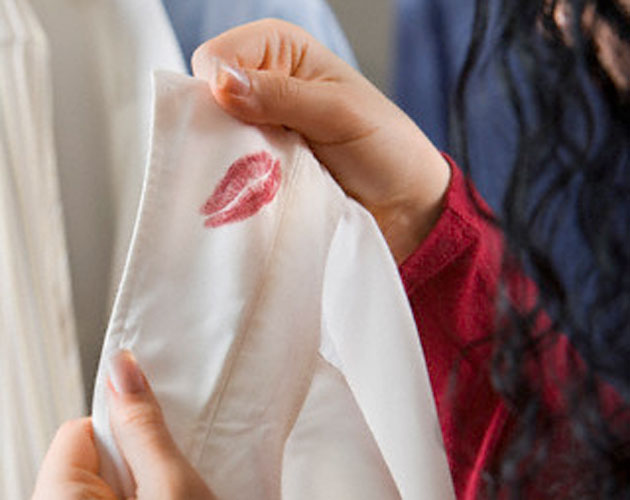 Most people spend January packing up the remnants of the holiday season, but new research suggests some spouses may be sneaking off with the mistletoe.

According to Illicit Encounters, a website that helps married people explore extramarital affairs, January is open season for cheaters. They’ve even pinpointed the day – Jan. 7 – as the most active day in the entire year for affairs. The research, according to the Daily Mail, shows that the seventh day of the new year saw a spike in activity on multiple cheating websites.

While this may seem like little more than a publicity stunt designed to drive traffic to Illicit Encounters, Dr. Pam Spurr – a relationship expert writing in the U.K. paper The Sun – says the research makes sense.

“During December, my mailbag is full with complaints about partners,” Spurr notes. “All couples face issues throughout the year but if there are real cracks in your relationship, the seasonal stresses will break them wide open.”

And there are lots of seasonal stresses to go around. Between the mad shopping rush, preparing holiday dinners and the politics of large family gatherings, troubled couples could be one spiked eggnog away from igniting a blast that blows the marriage wide open. Then, come January, when the family has dispersed and the weather gets bleaker, one (or both) of the partners look to heat it up under someone else’s blankets.

The Daily Mail also noted that affairs could be triggered by another January occurrence: Seasonal Affective Disorder (S.A.D). Symptoms include feelings of hopelessness, depression and anxiety – all of which may be eased by an adventurous romp with a new partner.

An unrelated yet relevant set of statistics came out last year, courtesy of – you guessed it – another hook-up website. This time it’s Ashley Madison, and it combed through its own stats to release a list of the top ten most adulterous Canadian cities.

The nation’s capital – Ottawa – topped the list. It may be difficult to believe that the home of the federal government is tainted by scandal, deceit and lies, but that looks like the case. The rest of the list, in order, includes: Saskatoon, Calgary, Edmonton, London (Ont.), Brampton (Ont.), Winnipeg, Hamilton, Toronto and Vancouver.

Not to make you nervous, but author Samantha Parent Walravens wrote last July about an Indiana University infidelity study and stated, “the most common age for women to have an affair is 45. For men, it’s 55.”

One final statistic to consider – Ashley Madison noted its female membership has risen dramatically, seemingly in conjunction with the release of the bondage erotica book Fifty Shades of Grey, including women looking for relationships similar to those depicted in the book.

Despite all the information listed above, the reasons that lead men and women to extra-marital affairs are often varied and deeply complicated. For those who tend to worry, check out these “10 ways to affair-proof your marriage.” And ladies, you can rest easy – the Toronto Sun reported on an Australian study last month that says women can identify a cheating male simply by looking at his face. Men, unfortunately, don’t seem to possess the same ability.

Chances are, gentleman, you don’t even need to worry about it. Unless, of course, your marriage hit the rocks over the holidays, you live in Ottawa and you happened to leave your wife a gift-wrapped set of the Fifty Shades of Grey books under the Christmas tree. Then you may want to pick her up some flowers, chocolates and perhaps some jewelry to start making amends.

You know, just in case.