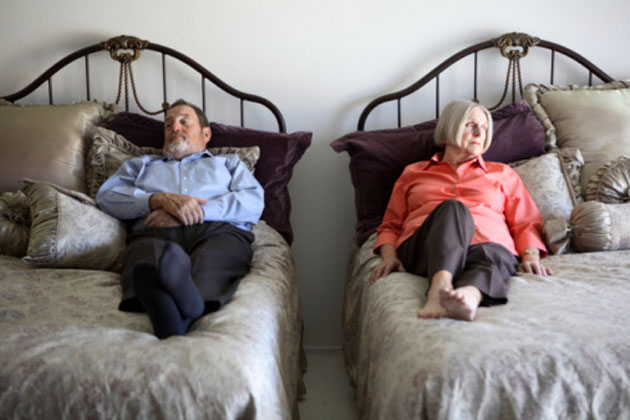 ‘Desire discrepancy,’ as it’s called in professional circles, is now the most common sexual problem

Q. My problem is straightforward. I like to have sex more than my wife does. I’m 60 and she’s 54. We’ve had a pretty robust sex life for most of our married life (30 years), but since she started menopause it’s all gone south. We’ve talked about it, but she just says she’s not as into it as she used to be. I’m not sure I’m ready for this. Maybe there’s a pill that could do something for her – like Viagra does for men? I’m open to anything.

A. Well, if it makes you feel any better you’re not alone. ‘Desire discrepancy,’ as it’s called in professional circles, is now the most common sexual problem, according to Dr. Guy Grenier, a London, Ont.-based clinical psychologist, one of whose specialties is sexual counselling.  Apparently its incidence has overtaken erectile dysfunction and all other sexual complaints – and it’s not gender specific.

“The stereotype is men want more sex than women, but in 50 per cent of the desire discrepancy cases that come into my office, it’s the woman wanting more sex, not the man,” says Dr. Grenier.

As to whether there’s a pill your wife can take, the answer is no. “There’s no such thing as an aphrodisiac,” says Dr. Grenier. “Chocolate, oysters, and all those other things are just myths. If we could identify something that actually did create desire it would the biggest drug – the biggest.” (He also wants to ensure you realize that Viagra is not an aphrodisiac. It simply facilitates sex by increasing blood flow to the penis which helps sustain an erection.)

He also points out that as we age it’s not uncommon to see a decline in sexual interest and responsiveness, but the good news is it never gets to zero for any age. People in their 90s still report being interested and engaged in sexual activity, just not as often.

Menopause also brings about physiological changes, like the thinning of the vagina wall, lubrication issues and the reduction in blood flow to the genitals. “Sometimes what is perceived as a lack of interest is actually due to the fact that intercourse becomes painful,” says Dr. Grenier.

So he urges you and your wife to have a good talk. “In my experience when people say they’ve ‘talked’ it tends to consist of ‘do you want to?’ and the response is ‘no’, and they call that a conversation.”

You need to initiate a deep and meaningful discussion. Explore any pain concerns or psychological issues. Find out how she’s feeling. Ask questions. Really listen.

In Dr. Grenier’s book, THE 10 CONVERSATIONS YOU MUST HAVE BEFORE YOU GET MARRIED, conversation #4 is about sex, including sex and aging. It might be worth a read.

“The thing is, if he keeps doing the same things he used to do and now she’s experiencing discomfort, it may not be that she’s saying no. She may be saying, ‘I don’t want to get hurt, but I don’t want to tell you you’re hurting me, because that will hurt your feelings.”

Send Diane a brief description of your dilemma, along with your first name and where you live, to [email protected]

A professional journalist for more than 25 years, Diane Sewell has written for some of the top newspapers and magazines in Canada and is a baby boomer herself. Her new blog “Boomerangst: Turning Dilemmas into Discoveries” is interactive with readers and focuses on life issues – like aging, dating, second marriages, sex, death, family and fashion. Diane will use her expertise to find the right expert to help solve your predicament, unearthing kernels of truth and quickly getting to the heart of the issue.