Honey for the Russian Bear (or Making a Match for Putin) 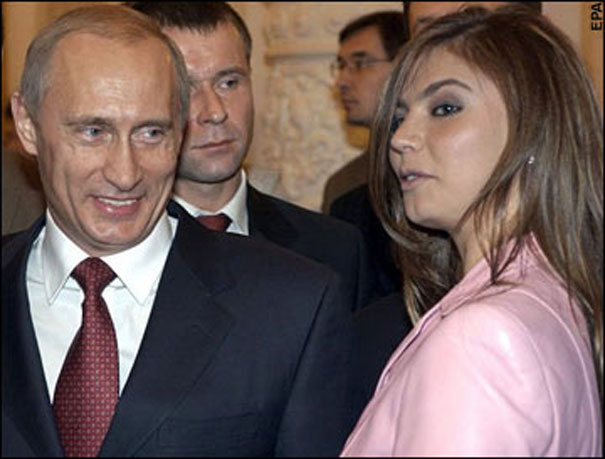 “It is a truth universally acknowledged, that a single man in possession of Crimea must be in want of a wife.”

It’s not exactly what Jane Austen wrote. But now that Vladimir Putin is officially single — his divorce was recently confirmed by the Kremlin — we can safely assume that he is in want of a wife. Or maybe Kiev.

If it’s a wife he wants, he would do well to consult veteran Toronto matchmaker Ruth Claramunt, 65.

The doyenne of coupledom says she has “lots of ladies for Putin” — or any other powerful man over 60, whether or not he has a wandering eye for other countries.

Claramunt says about half of her business is matching boomers like Putin, 61, and people who are older.

“He’s looking for a lady to spend his life with.”

Does she find that men of a certain age want younger women?

But according to Claramunt, such age-inappropriate matches don’t last.

“When they’re with their friends, they don’t fit in,” she says.

Also, “These women want to have babies.”

Still, there are a few Putin-like men over 60 who live a “younger lifestyle” — not necessarily riding half-naked on horseback like the Russian president but perhaps skiing and cycling instead of napping in a golf cart — whom Claramunt might match with women one or two decades younger.

Or with a woman over 60 who also lives a younger lifestyle and “looks fabulous.”

She says, “I try to match the person, not the age.”

The most important factor when matching people over 60, she says, is lifestyle.

For Putin, she’d choose someone with an opposite personality. “Otherwise, they’d be at loggerheads” — and goodness knows the Russian president already has enough stress what with NATO and all.

Claramunt would comb her client list for a woman “who is extremely feminine but not a pushover, well-groomed, very bright, obviously very worldly and well-travelled.”

On a first date with Putin, over coffee or even a Black Russian, this woman would do well to ignore Claramunt’s usual advice, which is to “talk about what’s going on in the world.”

Instead, because Claramunt matches people with similar interests and hobbies, the conversation could be about dogs and horses, literature and sports.

But Claramunt likely does not have a client whose interests include Putin’s hobby: massing troops on international borders.

She should, however, be comfortable with luxury and at ease with oligarchs.

The woman will certainly want to follow Claramunt’s most important piece of advice for first dates.

Putin knows this. His ex-wife has already been completely expunged from his official biography.

And, aside from the fact that power is a potent aphrodisiac — and who is more powerful than Putin? — wouldn’t even a worldly woman find him as intimidating as Ukraine does?

“What the person is like on the work side of life is very different than who he is on a personal level,” she says. “I have a man (a client) who runs one of the biggest companies in the world, but he’s very soft and kind when it comes to one-on-one. That’s a whole different situation.”

Claramunt would also caution any woman dating Putin to go easy with the questions. And not just because he’s used to being the one who instigates interrogations.

She recalls getting feedback from men about a woman who wasn’t connecting with any matches.  “She interrogated every man she went out with,” explains Claramunt. “You don’t want to make someone feel like they’re in a precinct with a light shining on them.”