Boomerangst: Turning Dilemmas Into Discoveries – When It’s Time to Move On 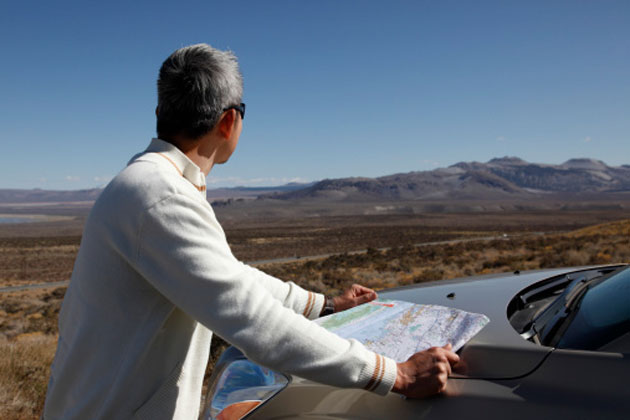 Break-ups are never easy – no matter how old you are. Here, what to do when its time to move on

Q. I’ve had a relationship for five years with a lady who is eight years younger. We’ve had fun together and she’s a wonderful travel companion. I’m 65 and semi-retired. For years, I’ve planned to enjoy retirement by seeing the world. The problem is, this lady has a number of serious issues, one of which is her inability to part with things. (Her apartment is literally packed to the ceiling.) I’ve offered to find someone to help her, but she’s refused. Now, she’s moving 50 miles away to a cheaper apartment. She works full-time and I want to be out and about, perhaps jumping in my RV and disappearing for weeks at a time. I just don’t know how to tell this great friend that while we had some wonderful times together our different stages in life have caught up to us and I need the freedom to enjoy what’s left of my retirement years.

A. Sounds like you two are in very different places. And believe it or not, that could actually be what drew you to this woman in the first place, according to Debra McLeod, a Calgary-based former divorce mediator turned relationship expert.

“There’s a tendency for men to get the saviour complex when they see someone like this and their first instinct is to be protective and a rescuer.” But when it all shakes down, sometimes it’s those disparities that end up dividing you.

“You are two very different people,” notes Debra. “She’s a homebody and her roots are stuck in the ground – people who have a lot of things tend to be like that. And you’re talking about RVs. You’ve got wheels rolling under you and she’s piling stuff to the ceiling.”

Sure, you travelled well together and you clearly like this woman, but sometimes people’s lifestyles simply aren’t compatible. This is how Debra sees your situation. Even though her career is about helping couples, sometimes the best advice she can give is to move on.

“You’re not married, you don’t have children together. You haven’t built a life and roots together. There’s really no commitment there, other than dating,” she says. “I don’t think, taking things on face value, that it’s worth it to reconcile. Some things just don’t fit together and there’s no point wasting time. You’re a bit of a free spirit and she’s sort of trapped and not doing as well. You’ve also got to remember that dating is a screening process, whether you’re 20 or 60.”

As to ‘how’ you initiate the break up, Debra thinks you’ve “phrased it beautifully” here in your submission, which is both gentle and respectful. Just say to this woman what you’ve written here.

Break-ups are never easy – no matter how old you are. But one thing you have to realize is you will never have control over what her reaction will be, says Debra. “Just be confident that you’re making this break-up as kind and respectful as possible – considering that it is a break-up.”

“I think we tend to become kinder as we age, partially because we’ve been broken up with,” says Debra. “We lose the callousness of youth.”