Romance Hit the Rocks? There’s an App for That 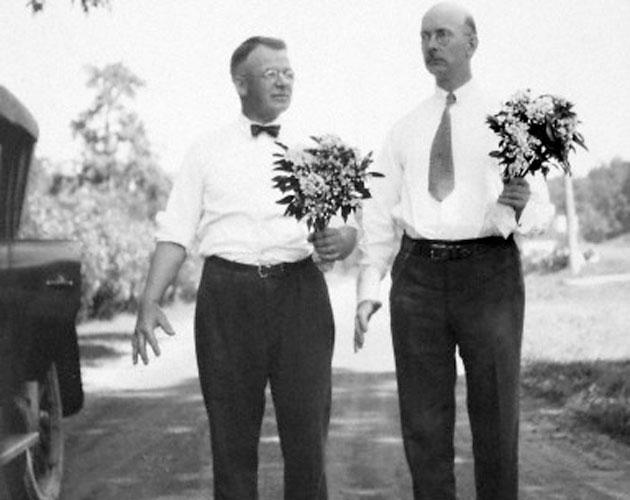 The weather outside is frightful, but the fire inside may not be so delightful. In fact, for many couples, the heat their relationship held in the early years can, over time, begin to feel like the cold comfort of dwindling embers. And when it comes to those long, dreary winter months, the tension between two increasingly unsatisfied partners can become unbearable.

Recent statistics suggest that the first month of the year is the prime season for committed folk to satisfy their sexual appetites elsewhere. For those looking to ensure their partner doesn’t stray, the old chocolate and roses routine can wear thin. And sexy lingerie just doesn’t cut it if the passion has already fizzled. So, what do you do when all else fails? The same thing we all do when we have a problem we can’t seem to nip in the bud: find an app for it.

Sure, some may tell you that technology has no place when it comes to romance. Azadeh Aalai, writing for Psychology Today, noted a 2009 study that found, “70 per cent of women would rather receive a poem or a love letter than some form of digital communication from a significant other, with the majority of males surveyed (53 per cent) concurring.”

Of course, what they’re not telling you is that, when the study was conducted in 2009, they only had the iPhone 3G. Think of how limited the apps were then. There was no Angry Birds or Street View on Google Maps apps. They didn’t even have the Pocket app; they were still using their actual pockets.

Remember, so-called “scientists” once claimed the Earth was flat and that the sun revolved around us. So we set out to see if we could find some romantic apps that could help save your relationship before your significant other “downloads” a new partner.

One of the first apps we found was Say I Love You – In Different Languages, which sounds sweet unless your partner doesn’t speak any of the languages, in which case you’ll just have to repeat it in English anyway. More disconcerting is the disclaimer warning that the app may contain, “Infrequent/Mild Profanity … Infrequent/Mild Realistic Violence.” In what language does “I Love You” contain curse words and body slams?

An app that seemed promising at first was Send eFlowers. Sounds novel – an app that connects you to the nearest florist so you can place an order for your loved one. This app, however, simply delivers virtual flowers to your lover’s phone or email. As well, the grammatically incorrect tag line: “Because flowers DOES matter to her” doesn’t exactly inspire confidence. This app promises, “You’ll never be seen in the same way again!” That’s probably because your partner won’t be turning back to look at you as he or she walks out the door for good.

The website FanAppic.com has a whole list of romantic apps you can download, including iWrite: Love Poems. They boast that the app teaches you how to write poetry, which is sweet. Sort of like Shakespeare with a smartphone. The app, however, loses it’s charm when the website reveals, “There’s helpful tips, pre-saved love poems and a generator to create poetry on-the-fly, with little input from yourself.” How romantic. If you’re curious what a smartphone-generated poem may look like, here’s one from the app’s download page:

It kind of has that “A rose by any other name …” sort of vibe, doesn’t it? If poetry’s not your thing, get right down to the important stuff with Lovetricity, where you and your partner put a finger on the phone screen at the same time and the app tells you if you’re made for each other or should go your separate ways. Finally, a quick and simple solution to, you know, emotions.

Okay, perhaps it’s time to pull out the big guns. Apps like Adult Sex Life get straight to the point, offering sex tips, positions, and other naughty bits of advice to heat up the bedroom. Of course, it also provides a digital “black book” to “keep track of your sexual partners.” On second thought, for someone trying to keep themselves or their partners from straying, it’s probably best not to have a function that encourages collecting numbers. You could get more hands on with Vibetease – an app that Mashable.com says, “turns your smartphone into a sex toy.” It’s technically an app for couples that’s activated by the sound of the man’s voice coming through the woman’s phone receiver. Still, with an app that allows her phone to do all the work, it’s scary to think that she could turn on the device, dial the Moviefone guy, and essentially cut you out of the equation.

Come to think of it, “I Love You” apps that may contain violence and coarse language, virtual bouquets of flowers, and smartphone-generated poetry and sex toys may not be the best way to prevent a partner from straying during the cold winter months. Maybe simply talking to your significant other about their feelings is more constructive than placing your thumbs on an iPhone to determine if you’re soul mates. Who knows?

Perhaps, until an app that literally showers your beloved in rose petals, picks out the jewelry and pops the champagne cork is developed, technology is best to leave romance to the traditional, hands-on approach. Maybe the “scientists” got this one right.