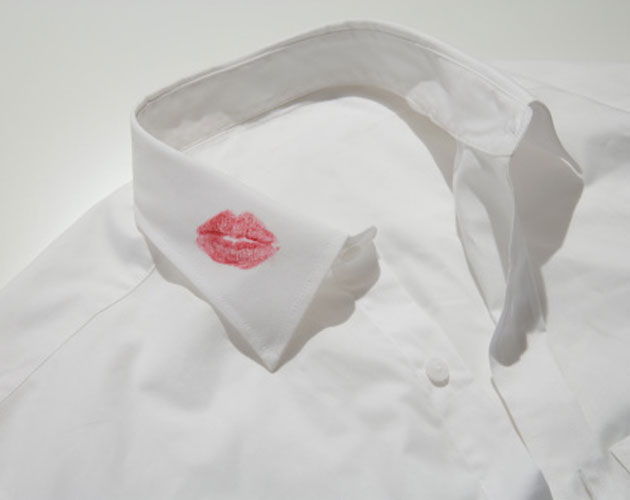 Cheating is much more common than it’s ever been in men and women ages 60 and up. Leanne Delap tells the story of a woman who discovered her husbands affair with her friend through a parking ticket.

Martha picked up the Notice of Impending Conviction from the mailbox. She slit it open, idly thinking about what to make for dinner. Her heart stopped when she saw the address and the time inscribed on the original parking ticket. It was 4 a.m. on the street out in front of a close friend’s house. Her friend. And on the next line was her husband’s licence plate number.

In the fuzzy, anesthetized months after she first had proof of her husband’s infidelity, Martha (her name has been changed) focused all her rage and confusion on the cancellation of their 25th wedding anniversary trip to France. When the earth opens up underneath us, we cling to the strangest details.

Martha, at 62, is not alone: infidelity rates are on the rise among older North Americans. Cheating data is notoriously dodgy: in live interviews, subjects are less likely to admit having had an affair than they are in the new world of more anonymous online polling. The giant General Social Survey, through the National Science Foundation and the University of Chicago, reveals the biggest trend in infidelity rates takes place in the over-60 zone. Rates in men over 60 rose to 28 per cent up from 20 per cent in the latest survey; in women over 60, infidelity rates jumped to 15 per cent from just five per cent.

This is a crappy trend indeed, though hardly surprising. People are living healthier, longer lives, with an arsenal of performance- and pleasure-enhancing pharmaceuticals at their disposal to keep the dream alive. But an affair is a messy hobby and not an effective way to find a new mate. An affair is a release from humdrum domesticity: the preparation, the secrecy, the compartmentalized circumstances. Sure, life with the mister or mistress looks ideal through the lens of a hotel room keyhole.

Is infidelity even shocking anymore? Martha says now that the parking ticket was the shock of her life, “but I had blinders on,” and that in retrospect and some poking around with a therapist’s sharp stick, all the signs were there. “My hairdresser once made me laugh years ago,” she says, “when he was talking about a male client wearing an armful of bracelets. He called them cheating bracelets. Well, my husband, who wears golf shirts and Bermudas, was suddenly wearing jewelry and hair gel.”

He used to lose his phone all day; then it became glued to his hand. He joined the gym! And he developed mentionitis: “He just could not help himself from dropping my friend’s name into conversation. Why didn’t I see that?”

The worst part, Martha realizes now, is that her husband was trying to make her the bad guy to feel better about his own actions. “He goaded me into fights and he belittled me. I didn’t realize until after I kicked his sorry ass out how unhappy I was.”

We internalize the tabloid betrayal traumas of public figures. Who isn’t lapping up the rumours du jour about Mrs. Murdoch, Wendi Deng and former British PM Tony Blair? Bill Clinton, Donald Trump, Brad Pitt, Prince Charles: famous grown-up cheaters (and variously, cuckolds) all. When such iconic figures get caught with their pants down, it makes us normalize soap operatic behaviour.

There are many hairs to split on what does and does not constitute cheating these days. The Internet and its Ashley Madisons, its polyamory-friendly dating sites and the siren-call of no-strings flirty sexting has made it a whole lot easier to put asunder all manner of commitment arrangements.

But, sociopaths and deeply emotionally damaged people aside, there is usually an underlying issue that drives people to cheat. A relationship with a hole in it can usually be tied to some form of loss: death, addiction, employment or other financial stress. When Martha dug in to the meat of her marriage, she found a whole lot of loss that she and her husband had not been resolving together. “I didn’t see the broken places until after they had healed over,” she says. “We healed separately, I guess.”

She says she still flinches at parking tickets, though. Some wounds retain the power to sting.

Leanne Delap is a freelance journalist who writes about fashion, lifestyle and, yes, sex.