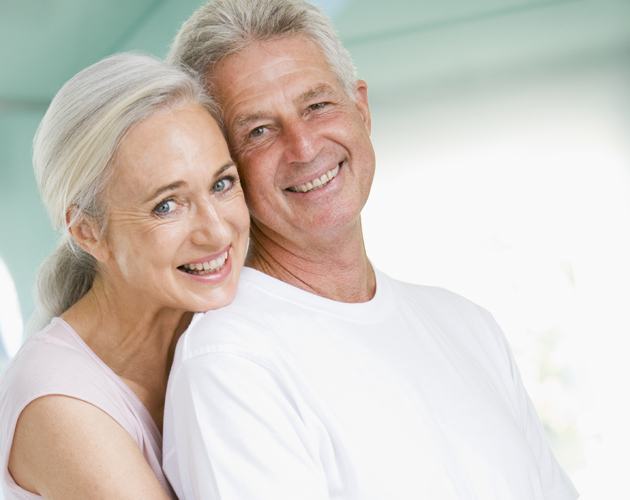 And where we’re lookin’ is, more and more, online.

And if you’re not doing it yourself, chances are good you know someone who’s surfing the profiles.

Both those figures drop to about one in five for people 65 and over.

But don’t think ti’s only older people who are seeking romance online.

The statistics are based on a survey of 2,000 Americans by the Pew Research Center released this week, just in time for, well, you-know-what-day.

Boomers are more active on the dating sites than settled middle-agers because they’re more likely to be single, divorced or widowed. As well, a U.S. studies showed that one in three single baby boomers has never even been married.

Supply and demand works particularly well for boomers, Stanford economist Paul Oyer, 52, told Marketwatch. The author of Everything I Ever Needed to Know About Economics I Learned from Online Dating (who met his partner four years ago on JDate), explains, “Economics is the study of scare resources and online dating is even more valuable as you get older.

“The older you get, the more women there are in relation to men. That’s what economists call a thick market. Men die younger, it’s that simple. And you’re not going to meet people offline in the same numbers.”

Another reason for boomers’ online presence, according to Marketwatch:

“Many retired boomers have free time. After a 36-year marriage and five years as a widow, Linda Myers, 69, a Port Angeles, Wash.-based author, joined OurTime.com, SeniorMatch.com and PlentyofFish.com.

‘I wasn’t on them at one time,’ she says. ‘It’s much easier for seniors to meet during the day and go for a walk with someone. There’s less pressure.’

“If a man is looking for a sexual relationship, she says, they typically make that loud and clear in their profile.

“Are men of a certain age looking for women of their own age, or younger women?

“ ‘I can only tell you that they tell me — they’re not,” Myers says. ‘They’re mostly looking for women who are 10 years within their own range, often in either direction.’

“But that, she adds, is also because the sites she chooses are geared towards older Americans. “ ‘The health of the partner seems to be more important than the age. Nobody seems to want to take someone on who’s in a bad way physically.’ ”