From Jimmy To Jane: Trojan’s Newest Condom For Women 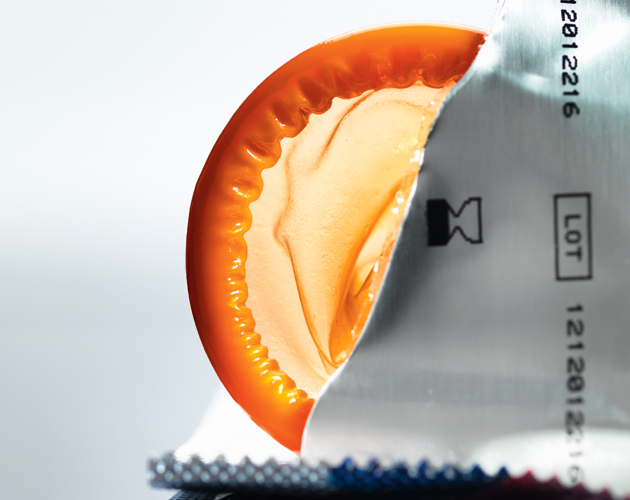 With an increase in sexually transmitted diseases among boomers, Trojan is hoping to push a little gender parity with their new condom, specifically designed for woman.

A report released in 2012 had bad news for boomers and beyond: sexually transmitted infection rates among 50- to 90-year-olds in Canada, the U.S. and the U.K. had doubled over the previous decade. And according to the same report, post-menopausal changes to the vagina, such as decreased lubrication, can make it more vulnerable to the entry of pathogens that cause infection.

Time to talk precaution. Like a peacock spreads his feathers to attract peahens, Trojan is making a play for the ladies with its new XOXO by Trojan ($14). Sounds like the latest scent from a French fragrance house–and it’s packaged to look like it, too.

But inside the reusable and deliberately pretty lilac box are 10 thin, “softouch” latex condoms–each wrapped to look like a makeup wipe (above inset)–featuring luxurious-feeling, aloe-infused lubricant. Also included is a discrete travel pouch to pack one or two condoms to go. It’s a far cry from a box of Magnums and the hyper-masculine assortment that dominate those shelves.

Good for business, yes, but an uptake in female buyers may also be good for our collective sexual health. When women take the initiative, practising safe sex is usually the result–yet another arena that can benefit from gender parity.

A version of this article appeared in the May 2017 issue with the headline, “Serve and Protect,” p. 26.