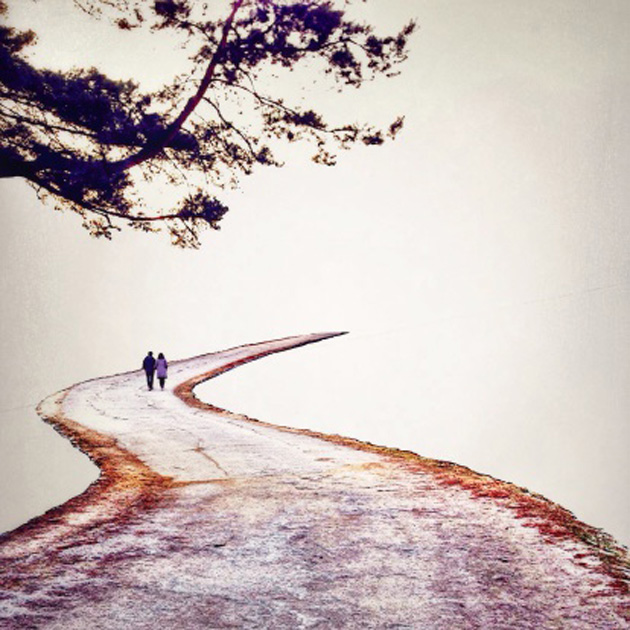 Sometimes it seems like winter will never end – at least for a good part of the country. Day after day it’s bone-chilling temperatures and endless windshield scraping. More night-time TV and yet another early to bed. It’s like that 1993 movie, Groundhog Day with Bill Murray, where he relives the same day over and over and over again.

Cabin fever is real and it can take a toll on your relationship. Just ask Dr. Guy Grenier, a London, Ont.-based clinical psychologist and author whose practice includes counselling couples.

“There’s a whole intervention that’s about revitalizing relationships,” he says. “If you’re looking to break out of the complacency that cabin fever brings on you have to have to do things that are out of the ordinary – otherwise you’ll just get the ordinary.”

Here are nine things Grenier says can help beat cabin fever and keep the romance alive. “You never know what will work for which couple, but all this stuff you can do together.”

1) Board games and theme DVDS

Instead of watching just another movie or just another TV show, decide on a theme together and stick to it. Maybe it’s the Harry Potter movies or the James Bond series. “This isn’t just ‘let’s watch a movie, it’s let’s watch a theme,” says Grenier. Or break out an old board game and turn off the TV. “Sometimes people think they’ve grown out of that, but it can be fun.”

When was the last time you looked at your wedding album? Try doing that together and watch what happens. Or organize all the photos on your computer you’ve done nothing with for years. Choose the ones you want to print and get a photo album. Organize them by themes if you want (vacations, birthdays). “Now you’ve got a project,” says Grenier.

“This strikes some people as weird and then they come back and say, ‘it’s remarkable how that worked’.” Grenier suggests changing up the living room, or the game room downstairs or even the bedroom. “Sometimes things are where they are just because that’s where they were put when you moved in, not because it’s the best place for them.” Consider moving the bed to the other side of the room, or cleaning off your bookshelves and giving away books you’ll never read again. “The key is to do it together,” says Grenier.

4) Get online and plan your next vacation

“It could be something you really plan to do or it could just be a bucket list kind of thing – a what-if kind of thing,” he says. “Instead of another hum drum evening, investigate places you’d both like to go.”

5) Plan a ‘to hell with winter’ dinner

Skip the root vegetables and get planning and cooking something summery. “Maybe you’re making grilled shrimp with pineapple and serving Margaritas,” he says. “The point is to make it tropical and inconsistent with the season.” And if you want to ramp it up a notch, throw a summer dinner party. Tell friends to dress for summer, crank up the thermostat and serve drinks with little paper umbrellas. “The polar bear dip is optional.”

Instead of avoiding the outdoors, get into it. Try snow shoes or cross-country skis or walking poles. Buy a warmer hat or gloves and get outside more. “Make it a project not to be housebound. Decide as a couple.”

You might even start a life list of birds you’ve seen, and where. “Now you’re enjoying the winter flora and fauna,” says Grenier. “It could even turn into something. Next spring you might just have to go to Pelee Island.”

You know that burning log channel? That’s what Grenier means by slow TV. He suggests tuning in to a sunrise or sunset channel. Some are even tropical. “It doesn’t work for everyone, but some people will say that’s the first thing they do when they come home – turn on the sunset channel.”

Head to the nearest Michael’s or the craft section of Walmart. See what interests you both. Plan a craft. “You don’t even have to know what you want to do, just be open to inspiration.”

The main thing to remember, says Grenier, is “this too shall pass. We get a lot of winter in Canada. We’re professional at it. But it isn’t for 11 months. We do get spring, we do get summer. There are trees and there will be tulips.”

Sex & Relating: 10 Foods To Put You In the Mood