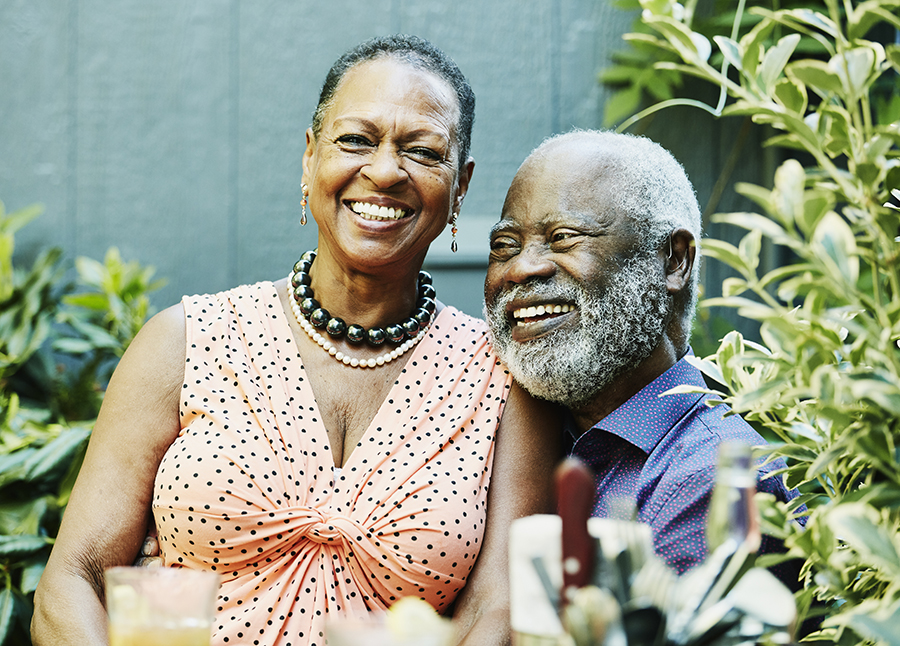 'Sex and touch are real barometers of what's going on' in a long-term relationship, according to a sex therapist, so when boredom sets in, it's time to inject novelty into the relationship. Photo: Thomas Barwick/Getty Images

Liz and John, a Toronto couple in their early 70s, have been together for 21 years. It’s a second marriage for both. As you read this, they’re on a cruise in South America. It’s their 29th cruise. And no, that’s not a typo.

They’ve been to southeast Asia, the Baltic, northern Europe, southern Europe, the Caribbean, the Aegean, the Adriatic, you name it.

Obviously, they love cruising. They also love each other and they’ve found that cruising helps keep that love sizzling with new adventures, new surroundings and new people to socialize with. They’ve discovered for themselves what the experts recommend to keep relationships thriving: novelty.

Liz and John aren’t their real names. But the challenge of keeping the spark alive in a long-term relationship like theirs is very real for any couple with two-number anniversaries.

But how realistic is it to recommend that your average post-middle-aged Canadian woman dress up in a frilly little French maid’s outfit with a peekaboo bodice?

On the other hand, how realistic is it to expect that couples, after long years or a lifetime together, can still experience the thrill that accompanies that first wonder, at any age, of falling in love?

We’ve all seen couples out for dinner at a fancy restaurant who sit in grim silence with nothing to say to each other. Or maybe they are staring at their phones. They’re no longer charmed by or even interested in their dining companion. They are, simply and obviously, bored by the person across the table.

It doesn’t have to be that way, insists psychologist and relationship therapist Beatty Cohan, a Winnipeg native now living and practising in New York.

“It’s not just about date nights or dates for sex,” she says. “We don’t prioritize our relationships. We spend so much time on social media. Turn off the phones and computers and talk or go for a walk. Do something that’s fun.”

That feeling of disinterest and boredom, Cohan says, begins “a long time before we see those couples at a restaurant table with nothing to say.”

Preventing deterioration in a relationship, she advises, “takes two people having an agreement, whether conscious or unconscious, about how to live.”

It was early 20th-century screenwriter Berthold Viertel who quipped wisely, “Marriage is sex without desire.”

While stability and security are the hallmarks of successful long-term relationships, they’re also the assassins of desire. After all, desire is all about wanting and longing, and when you already have what you want, there’s no psychological or emotional space for desire. So how do you create that space?

Variety is the Spice

The experts suggest bringing novelty into the relationship, one way or another, and creating a sense of distance or surprise.

“It’s an openness to try new things and see where it takes you rather than shutting down and giving up and not staying in the game,” says Cohan.

New surroundings and journeys to new places are a tried and true way to light a spark — and it doesn’t have to be a cruise in exotic seas. Many couples know that a weekend away or even a night in a hotel room can inject some excitement into the game.

Home may be where the heart is, it’s said, but the Hilton is where the inhibitions disappear. And if there’s a hint of risk or danger in the away-from-home adventure, that ups the game significantly.

There’s “some evidence for heightened sexual attraction under conditions of high anxiety,” reports the Journal of Personality and Social Psychology. But you don’t have to sign up for banzai skydiving à deux to get the spike in desire that can arise from taking even a barely-there risk together.

Even those couples assigned to participate in arousing activities experienced increases in relationship satisfaction and passionate love.

The trick is to find something that adds a frisson to interrupt the familiarity that dulls desire. Psychologists call the gradual fizzling of the sizzle “hedonic adaptation” – adapting to a new normal.

At the beginning of a romantic relationship, a couple typically enjoys high levels of passion, joy, attraction, excitement and novelty, observed researchers Katherine Bao and Sonja Lubomirsky. “With time, however, these feelings and experiences become less intense, rendering the relationship a great deal less exciting.”

They ask, “Is it possible to maintain the initial potent feelings or is the onset of unremarkability – or even boredom – in a relationship inevitable?” Their answer: “In romantic relationships, combating adaptation is especially important, because research suggests that relationship boredom can be toxic. In one study, boredom predicted lowered relationship satisfaction nine years later.”

Oh no, nine years? What about 19? Or 39? Their conclusion: “Variety is the spice of relationships.”

That’s why even positive experiences, when they become repetitive, lose their kick. “The first kiss is magic. The second is intimate. The third is routine, ” wrote novelist Raymond Chandler.

When a man brings his wife flowers out of the blue for no reason except that he wants to please her and show his love, that’s striking a spark in the relationship. If he brings her flowers every Friday as a routine gesture, the gesture loses its novelty, surprise and potency. So yes, flowers by all means, on occasion, when least expected.

Also say yes to a seductive new nightie, but do make it red.  A groundbreaking study by University of Rochester researchers showed that women wearing red were rated significantly more attractive and sexually desirable by men than the exact same women shown with other colours.

Go somewhere new, whether it’s Machu Picchu or a farmers market. Try something new: a restaurant serving ethnic food you’ve never tried before, a jazz club, a walk in a neighbourhood you’ve never visited. Go to a party, talk only to other people and watch how your partner is seen through the eyes of others.

“I see so many couples becoming bored with each other,” says Cohan. “And when things start to get boring, they shut down and no longer want to have sex. This is the time when people need to be not afraid and not in denial and not hope magic will just come into their life. They have to sit down with their partner and say, ‘Look, things have been off for a while. What’s going on?’

She adds, “Sex and touch are real indicators, a barometer, of what’s going on.”

In a few words, Cohan sums up her advice to couples who want to keep their relationship ardent and hot as the years pile up: “Pay sufficient attention in all kinds of ways to each other.”

Beyond the Empty Nest: Making Love Last as We Age