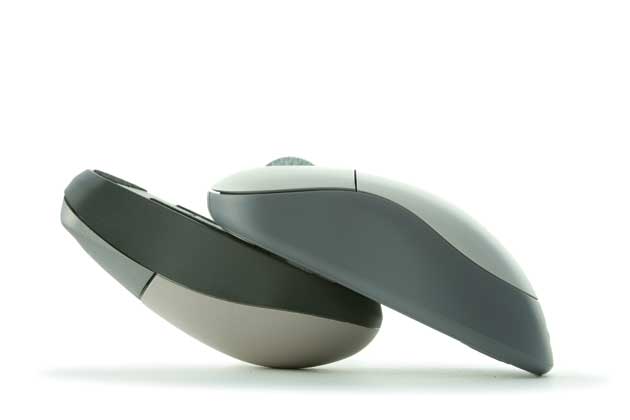 When I first met the man I am with now, I was skittish about anyone knowing said meeting had taken place on an online dating site. He found my hang-up old-fashioned. I countered that, hey, we could have met when we were freshmen at Queen’s simultaneously, way back in the day; that our teenaged kids now attend the same school; and that over the years we have been in the same rooms together on many occasions. See, I was stalled on the meet-cute version of the movie of my life.

Uptight twaddle: the algorithm-selected mate is working out better for me than have any of the set-ups or by-chance encounters (previously known as pickups). Plus, at 45, I just wasn’t presented with fresh men the way I used to be: I go to a gym to work out, to a bar to catch up with girlfriends, and the only man I was going to meet walking my dog is one who lives along the cracks of the sidewalks she so intently sniffs. As another guy I know (from online) said to me: “At this age, baby, it is the only game in town.”

Quite simply, everyone at every age who is looking for love is now on at least one dating site. Millennials may have been first to belly up to the algorithmic dating bar (and have nifty apps in the palm of their hands, ones that deliver “surprise” blind dates or compare credit scores with the hottie across the dance floor), and a rash of punditry surrounded a recent Atlantic article positing that the endlessly tempting glut of choice online will make today’s youth fickle and relegate commitment to a thing of the past. The truth is Zoomers are better equipped for the online game than the kids who invented it.

Today, it is the 50-plus set who are the fastest growing population on online dating sites: over the past five years, says Time magazine, the number of 50- to 64-year-olds on Match.com are up 85 per cent; at archrival eHarmony, that age group also boasts the biggest growth curve. To get a score of the scale of online action, AARP estimated that some 10 million people over 50 across North America have dabbled in online matchmaking. Will the same jaded fate eventually befall older online daters?

Well, the great thing about getting older is that failure and loss make happiness so much sweeter. Gratitude counts when it comes to emotional growth. Older daters, by and large, are more open to something or someone new, and they employ a broader set of search criteria, says Toronto matchmaker and relationship consultant Stacie Ikka (www.sittinginatree.com). “A large percentage of my clients are newly divorced or widowed and coming out of long-term relationships. They have no point of reference, having married their high school or college sweetheart.” Ikka strongly believes that online is the way for (new) older daters. “Dating is a learning process. The great thing about being older is that you know better what you want in a mate. You just need to learn how to find it. And you need access to the pool of eligible names,” Ikka says.

But the goal is to get offline as fast as possible. “Websites are simply a pool of resources to draw upon to set up face-to-face dates.” In other words, the more you exchange emails, texts, calls, “you are creating a false relationship,” says Ikka. “You can banter digitally until you’re blue in the face. But until you sit across a table from someone, you will not be able to establish chemistry.”

Which brings us to the sex part. Be aware the other person may be on a faster track to the big reveal than you are. But the great thing about being an adult is that you should have solid reasoning (and negotiating) skills. Having sex to be polite is something you do in your awkward youth.

A personal suggestion: don’t online stalk with Google. It isn’t sexy and gets your mind muddled with false intimacies, robbing us of the discovery process and excitement of falling in love.

My favourite quote about putting oneself on the market comes from New York Times columnist Frank Bruni:  “Willed credulousness and wishful thinking as much as anything else, the triumph of optimism over morning breath. Not knowing what is in store is the very soul of romance.”

Leanne Delap is a freelance journalist who writes about fashion and lifestyle.