A Kiss is Not Just a Kiss 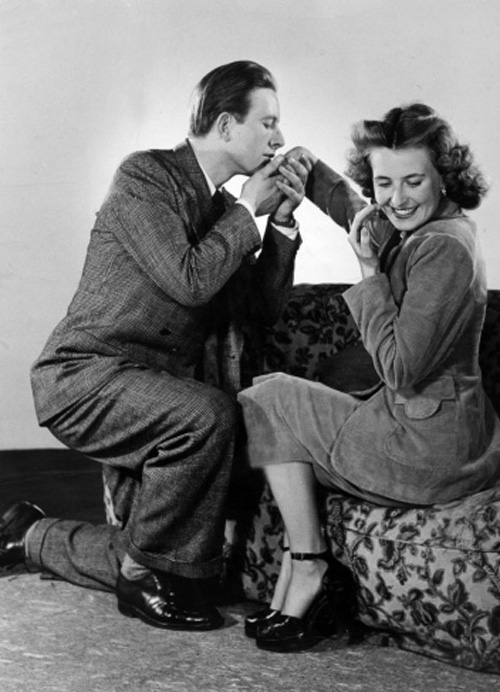 We’ve been kissing one another for thousands of years. But is smooching more science than art, more biology than poetry?

A kiss is not just a kiss. There’s the romantic kiss, the social kiss, the air kiss, the kiss that conveys affection, familial ties or deep respect.

The ancient Romans were big on romantic kissing, but the Greeks viewed kissing more as a way to pay homage or give social recognition. In Biblical times, washing and kissing another’s feet was considered a gesture of humility and respect. The Black Stone of Mecca, a relic considered holy by Muslims, has been polished smooth by centuries of kissing. Today, kissing is a near universal behavior, with many of us puckering up under the mistletoe, to seal a marriage and to ring in the New Year.

Humans have been kissing — for any number of reasons — for a very long time, according to scientists. But where did the custom come from and why exactly do we do it?

There are several evolutionary theories that could explain why people are attracted to the lips of other people, Sheril Kirshenbaum, biologist and author of The Science of Kissing, said at the ideacity 2011 conference in Toronto.

One theory harks back to our hunter-gatherer ancestors. When foraging for food, the colour red was viewed as a reward signal, Kirshenbaum said. Hence the subliminal ‘come hither’ message of red lips.

Another possible origin of human kissing is based on the Freudian thought that it can provide the same sense of comfort, calmness and attachment that babies feel when they nurse. Similarly, another theory says that kissing reminds us of the pre-historic practice of “premastication”, wherein a mother chewed the food herself and then fed her baby by mouth.

Infants frequently use their lips to explore the world around them, and indeed, our lips are full of sensory information, according to Kirshenbaum. When we kiss someone, for example, we gather all sorts of personal data and not just visually — but in terms of taste, scent and touch. All of our senses become engaged which, particularly for women, can help us judge if a person is an adequate mate. Studies have shown, for example, that on a subconscious level, a woman can smell when a man’s group of genes that manage the immune system (called MHC) are compatible with her own. This DNA compatibility increases the likelihood of producing healthier and stronger offspring.

Passionate mouth-to-mouth kissing also triggers a cascade of chemical changes in our body. If ‘the Earth moves’ when you kiss someone, neuroscientists say this could be attributed to a rise in love hormones such as Oxytocin, which is responsible for feelings of attachment and bonding. Kissing can also cause a spike in Dopamine and Serotonin, which are linked to craving and desire and that ‘can’t-wait-to-be-with-someone’ feeling we have when we think we’re falling in love. Romantic kissing can also cause a surge in adrenaline levels.

Women are from Venus — and men are easy?

Women place more importance than men on the act of the kiss itself, according to Kirshenbaum. By contrast, men tend to see kissing as a means to an end — or, in other words, as foreplay for sex. And studies have shown that by kissing, men pass along small amounts of testosterone through their saliva, priming their mate for sexual intercourse.

Sixty six per cent of women reported they ended a budding relationship because of a bad first kiss, she said. For men, this number was 59 per cent.

Kissing is thought to engender passion and facilitate reproduction, as well as feelings of comfort and well-being — but what about the possible problem we don’t like to think about: spreading germs? Kirshenbaum devoted an entire chapter of her book to this issue, and she said that as long as bacteria and viruses aren’t getting into the bloodstream, kissing presents little risk to our health. (Unless, of course, you’re into the recent vampire trend that’s popular among some teenagers. Unlike kissing, ‘biting’ and sharing blood presents very real dangers since germs that are essentially harmless in our saliva can be risky once they get into your bloodstream, Kirshenbaum said.)

In fact, kissing can be good for our hearts in more ways than one – by fostering more intimacy and satisfaction in our relationships and reducing cholesterol levels and overall stress. (See 10 reasons to have sex tonight.)

— Kissing is a complex behavior involving 34 facial muscles and 112 postural muscles.
— About two-thirds of people tilt their heads to the right when they kiss.
— The earliest literary evidence we have of kissing dates back about 3500 years.
— The scientific term for kissing? Osculation.
— Ever wonder why people tend to close their eyes during a good kiss? Our pupils tend to dilate during novel and pleasurable experiences — and closing our eyes could be a natural response to let less light in.
— Hollywood’s first tongue kiss was in the 1961 film Splendor in the Grass between Natalie Wood and Warren Beatty. The longest kiss on the big screen? Tina Fey and Steve Carell presently hold the record with a five-minute kiss during the closing credits of the movie Date Night.