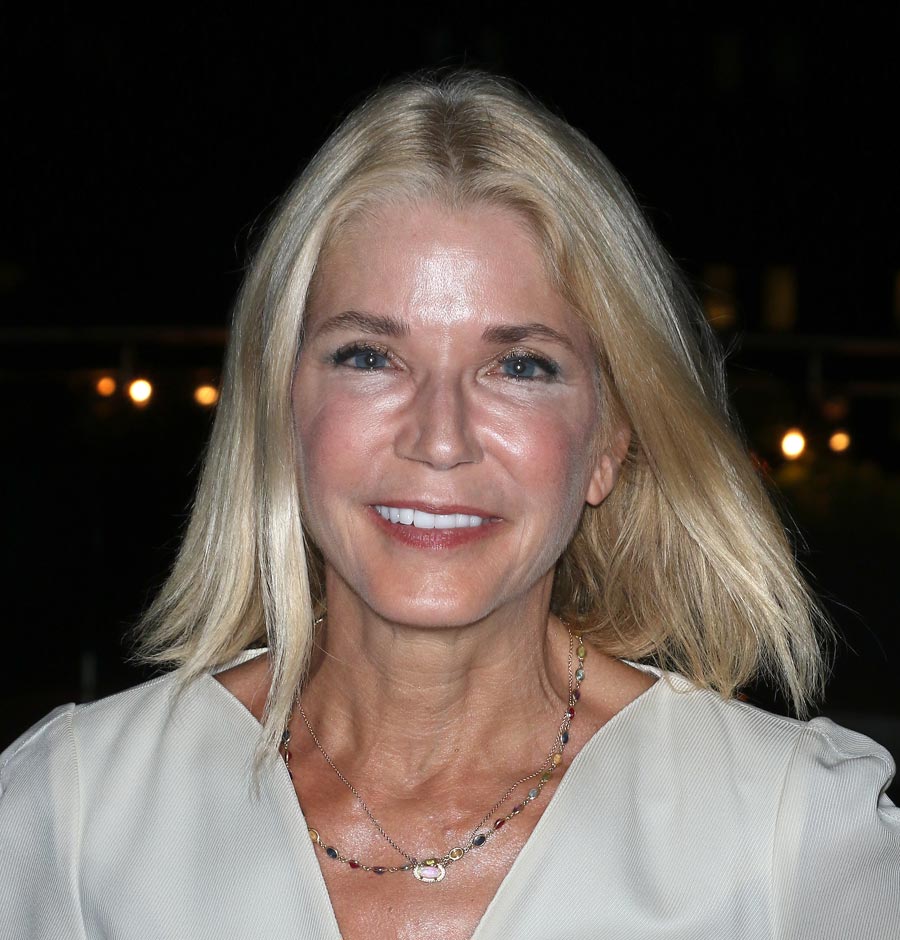 Author Candace Bushnell attends the after party for "David Crosby: Remember My Name" at Jimmy At The James Hotel on July 16, 2019 in New York City. (Photo by Jim Spellman/WireImage)

Is There Still Sex in the City? That’s the title of Candace Bushnell’s new book, available on Aug. 6.

Here’s another question for the 60-year-old author: Is there still sex in the sixth decade of life? What about if you’re a single woman of a certain age?

Bushnell responded to those questions in a wide-ranging interview in The Sunday Times of London this week.

Bushnell, of course, kicked off the whole Sex and the City genre with her mid-1990s column in the New York Observer.

How have things changed in 25 years — for her and for us?

In the book, Bushnell writes that when she was in her 50s, she took five years off from sex in the city or anywhere else. She spent the celibate time at her country house in Connecticut and enjoyed it immensely.

In an extract from the book published in The Sunday Times, she writes:

This also meant being sex-free. At this point in my life, I’m not a casual sex person…

I’ve found that people who need sex tend to make bad decisions to get it…Besides, I had so much else to do that felt much more interesting. Like cooking elaborate meals. Making a pop song on GarageBand.”

Asked during the interview if she missed sex during those five years, she replied, “Did I just miss some pure good sex? Yes, of course. Who doesn’t want that? But it’s all the stuff that’s around the sex you don’t miss, like finding the person to have the sex with. I couldn’t deal with it.”

But after her five-year respite, she came back to the city — she has a home in the Hamptons and an apartment on the Upper East Side — and soon found a new partner, 57-year-old Jim Coleman. She’s been with him for two years now, living apart, but says marriage isn’t out of the question.

She met him through friends and doesn’t think much of online dating.

“The rejection and the uncertainty of online communication, it hurts people’s souls,” she said in the interview. “It seems to be emotionally destabilizing.”

The best parts in the book, according to The Sunday Times, “are Bushnell’s observations of the sexual and romantic mores of suddenly single women in their sixth decade. Just as she dissected the tribes of the Manhattan dating scene in the 1990s, she turns her attention to the options for middle-aged women in 2019.”

“If your life unravels in earlier decades,” Bushnell told the newspaper, “you can see a future, but in your fifties, if, for example, you’re suddenly single, you’ve not worked for years and your children have left home, then a crisis of identity hits …What is hardest about it is that when a woman, especially a woman over 50, has a hard time or things don’t go right for her, everyone blames her. It’s her fault. You didn’t do something right. And there’s a huge amount of shame. For women of my generation sometimes you feel ashamed just for waking up in the morning.”

There’s also the challenge of losing the advantage of youth and attractiveness.

“So you feel like you no longer have agency in the world and can no longer be effective,” she says. “But the interesting thing is almost everybody seems to get out of [the middle-aged sadness stage].”

About turning 60 last December, she said,“I felt like something was being lifted. The closer I got to my sixties I felt a burden, maybe of disappointment or shame, disappear.”

Of course, The Sunday Times notes, “being a wealthy New Yorker, Bushnell looks a decade younger and is pin-thin (she usually eats nothing before 4pm). She has regular Botox (‘though it stops working so well as you get older’) and fillers (‘though you try not to get too much’). She wants some sort of facial surgery, she confesses, stretching back her jaw.”

Certainly, there is sex in the city and in the Hamptons and also in exotic places for Bushnell now. Coleman, her “new boyfriend” (Bushnell refers to him as NBF), who has a penthouse near her place in Manhattan and a house near hers in the Hamptons wooed her with flowers, outings to the theatre and exotic holidays according to The Sunday Times.

“He did everything a woman should want when it comes to romance,” she writes in her new book.

“It feels like when one is younger there can be this competition between partners. Maybe that’s part of the sexual attraction, but that kind of stuff just doesn’t work when you get older.

“I think romance is something where you’re not in a rush to get to the end. It’s just about enjoying each other’s company. It’s doing things together.”

In other words, in the sixth decade and beyond, it’s about a lot more than just sex in the city.