How Does True Love Turn Into True Hate? 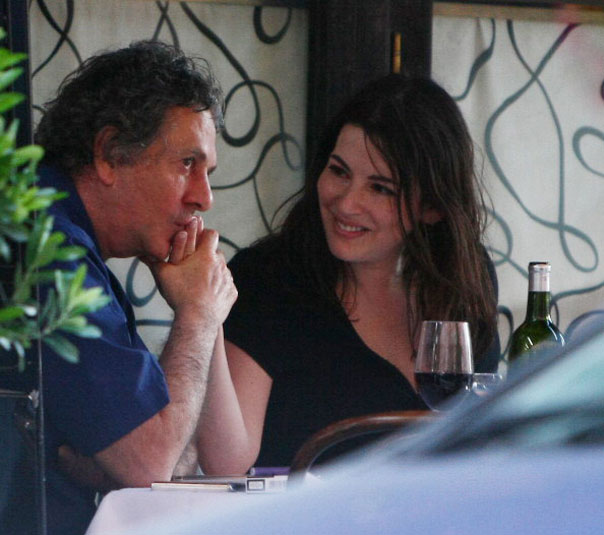 “This is heartbreaking for both of us as our love was very deep.”

Charles Saatchi was referring to the break-up of his 10-year marriage to Nigella Lawson when he made this statement in July.

This week we’re learning how love that was very deep can become hate so deep it destroys.

We’re hearing about betrayal, threats, emotional abuse, bullying and “intimate terrorism” in the marriage, about how people demolish each other when sweet love turns sour and becomes bitter and rotten.

Nigella has been giving evidence in the London trial of her assistants for fraud. They’re accused of using Saatchi’s credit cards for spending sprees.

But much to the distress of the celebrity chef, the trial is turning into an expose of her drug use, her family and professional life and, especially, her marriage.

The high-profile couple became close during the terminal illness of her husband, British journalist John Diamond, who died of throat cancer at the age of 47.

A widow at the age of 41, with two children, Nigella moved in with the wealthy art collector and former advertising mogul nine months after the death of her husband. He left his second wife for Nigella, 17 years his junior.

How does true love turn into true hate?

We asked four experts. Click through to read what they had to say.

RONALD DE SOUSA, EMERITUS PROFESSOR OF PHILOSOPHY, UNIVERSITY OF TORONTO, LECTURER ON “THE PHILOSOPHY OF LOVE”:

During the first and most intense and crazy phase of a love affair, two things tend to happen:

1. The French writer Stendhal called it “crystallisation.” Under the power of attraction, the target of love becomes endowed with all sorts of imaginary qualities that glitter like crystals all over their personality. When the scales fall from your eyes, and the crystals disappear, you blame the formerly loved one for having made a fool of you, as the song goes.

2. A lover tends to focus on very specific characteristics – a tone of voice, a mannerism, a quirky habit – which seem to mark the person’s individuality and is therefore felt to be particularly endearing.

But one thing that is clearly shown by the science of love is that this phase is short lived: its shelf life runs from a few weeks to an absolute maximum of about three years.

When that runs out, it is perfectly possible for a stable attachment to remain; but many people identify being in love exclusively with the euphoria and somewhat manic early phase.

During that phase, everything about the beloved seemed adorable.  After that, there is disappointment, and the other is blamed for that disappointment even though the real culprit is the brain chemistry responsible for the short lived euphoria. The quirky habits and adorable characteristics become irritating.

Love is essentially an exchange of vulnerabilities, which literally means the capacity to become wounded. The betrayal of trust is therefore particularly painful.

And although we talk about love turning to hate, I think it’s a mistake to think of love and hate as being simple opposites. Love is not an emotion like hate. I like to say it is a syndrome — a hugely complex disposition to feel practically any intense emotion you care to name, depending on the circumstances and situations the lovers find themselves them in. Hate is just one of those emotions, which is aroused by certain circumstances such as betrayal of one sort or another. It owes its intensity to the fact that it is one of the potential component emotions of love itself.The preoccupation of the intensity is still there; only the sign is changed from positive to negative.

When that stops, for whatever reason, and you get a sense that your partner is not emotionally engaged with you, and the relationship doesn’t give you support, you have to take care of yourself.

But all kinds of daily stresses can begin to impact relationships. We all make missteps. And when we’re not there for each other, we start to feel hurt. And when those hurts aren’t repaired, they accumulate over time and the process of “fight or flight” begins.

I practice Emotionally Focused Couples Therapy (EFT) based on attachment theory and the emotional reactivity that happens when couples turn their backs on attachment. I help them recognize the ways they’re triggering each other. It can be a pretty entrenched cycle, with a lot of wounding.

Underneath the anger and hate is hurt. If you’ve been hurt by your partner who is the most important person in your life, you’re vulnerable. So you fight back or run like hell.

To some extent, these kinds of patterns are present in every single couple. You can’t be emotionally tuned into each other 24/7. There are bound to be missteps. The repair has to be authentic, emotionally attuned repair. It can’t just be dismissive — “I’m sorry, let’s move on, I said I’m sorry a million times.” That’s a lot different than saying sincerely, “I’m really sorry I hurt your feelings. And I know you feel crappy because of that.”

AARON BAR-ZEEV, PROFESSOR OF PHILOSOPHY, UNIVERSITY OF HAIFA,  AUTHOR OF “IN THE NAME OF LOVE,” AND RESEARCHER  ON LOVE AND ROMANTIC COMPROMISES:

Love can become a fertile ground for the emergence of hate. When the intensity and intimacy of love turns sour, hate may be generated.

In these circumstances (such as Nigella Lawson and Charles Saatchi), we take into account my proposed distinction between romantic intensity and romantic profundity.

Romantic intensity consists of snapshot pictures of high peaks. It is a one-time achievement that people desire to experience again and again. Hence, time is not relevant and can even be detrimental.

Romantic profundity, in contrast, includes an ongoing process that combines both intensity and meaningful shared activities over a significant period of time.

While sexual desire and romantic intensity are typically enhanced by change, friendship and profound love are enhanced by ongoing and fulfilling intrinsic activities with a familiar partner.

Kay, the former wife of Saatchi before he met Nigella Lawson, told an English newspaper,  “He’s always been a man of crushes  — cars, clothes, artists — and his near-evangelical pursuit usually wanes.” She further said that he proposed to her only two days after meeting. But she adds that there was an immediate shift in their relationship after she became his wife three years later.

It can be seen from her description that Saatchi’s loving attitude was that of great intensity, but it lacked profundity. Like other intense emotional attitudes, Saatchi’s love was very short, as is typical of sexual desire.

In profound love, which is a long-term attitude involving shared activities, intensity may remain high (though in most cases not as high as it was at the very beginning).

It is typical of an intense emotional attitude that, when it ends, it is transformed into the opposite attitude.

Dr. SUE JOHNSON, PROFESSOR OF CLINICAL PSYCHOLOGY, UNIVERSITY OF OTTAWA AND AUTHOR, “HOLD ME TIGHT: SEVEN CONVERSATIONS FOR A LIFETIME OF LOVE”:

Nigella said her husband grabbed her by throat while they were dining on the restaurant patio after she saw a passing baby in a stroller and remarked, “I’m so looking forward to having grandchildren.”

If that’s an accurate story, it’s not hate. It’s the classic situation where someone is vulnerable and so attached that he finds it intolerable. This guy is massively anxious. He’s scared. She has all this power over him. So he tries to control the hell out of her and becomes coercive. He turns his fear into anger and control. And if he can’t control her, he switches into panic and rage. People become very anxious in bonding situations. It’s not hate in the way we usually think of hate. It’s a hot rage and hostility that’s a reaction to being threatened.

The irony, of course, is that this pushes the other person away. She says his control and hostility became so massively oppressive that it felt like “intimate terrorism.”

If there’s enough of this going on, the person who’s being controlled can get to where you see the oppressor as an enemy and get to hate him..

There are times when we can’t believe this person we love can hurt us so much — and then we can lapse into hate.