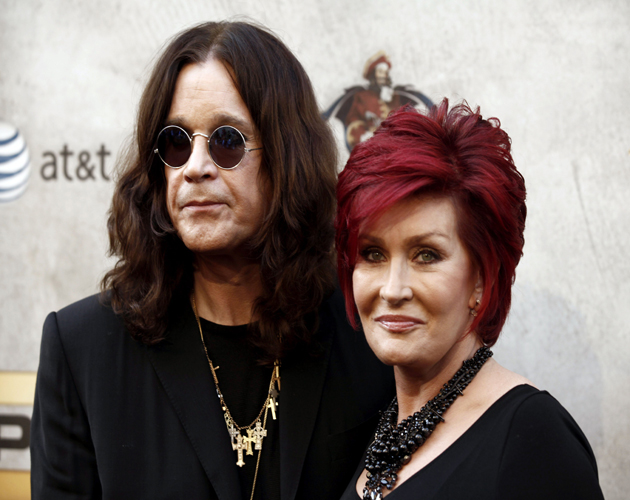 In those six words, Sharon Osbourne explained to The Talk audience her reason for splitting with husband Ozzy after 33 years of marriage.

“What happens is we’re living longer,” explains Moskovitch. “Look at Sharon Osbourne. She’s 63, she looks pretty phenomenal, she’s got a good 30 years ahead of her. She looks at Ozzy and says, ‘Am I going to spend the next 30 years with him, knowing he’s not going to be faithful?'”

Sharon Osbourne told the audience, “I’m getting to the last chapter of my life. I really want to think carefully about where I want to go…”

Moskovitch thinks Osbourne is going to look for someone she can spend the rest of her life with as a true partner.

“I see many couples like that,” says the 57-year-old divorce coach, who divorced at the age 37 and is now living with a partner.

Kids often serve as a diversion in the earlier part of the marriage, she explains. But after they leave, the couple realizes they’ve grown apart or even how miserable one makes the other.

Or maybe the marriage holds together all those years until the kids are out of the house because the parent who wants the divorce doesn’t want the kids to suffer and to “wonder where they’re going to be every weekend.”

“It’s really hard for women who divorce late in life to find someone else,” she says. “Everybody knows a single older woman but very few people know a single older man.”

That’s because older men are likely to date and marry younger women but women in their 50s or 60s typically don’t want to date men who are in their late 70s or 80s,” she says. “They want a partner they can spend the next 20 years with.”

And, she adds, “I don’t hear a lot of men looking for older women unless the woman is financially secure.”

Finding another partner is “much more of a challenge” for women after late-life divorce, she says. “But women can find happiness on their own much more easily than men. They have more friends, typically, and a greater support network.”

Children, finances and not working through issues from the previous marriage are major factors in second and third late-life divorces. Repeat clients are often divorcing the same kind of person, Moskovitch observes.

Whether or not Sharon will find another Ozzy, or opts to return to the original, remains to be seen.