Can You Be Friends With Your Ex? 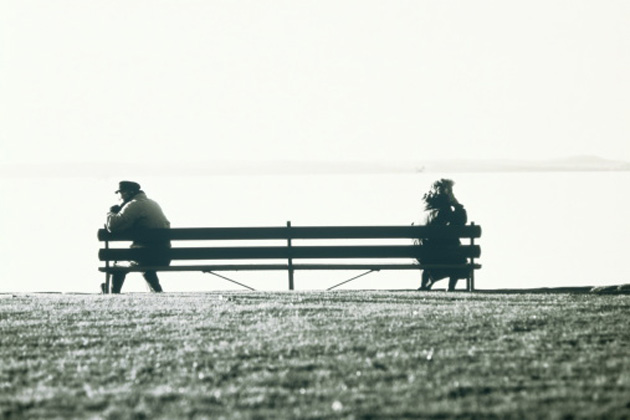 Here, 5 indicators you can be friends with your ex-partner.

In a perfect world ex-spouses would be friends. They’d be kind and understanding, extending sincere best wishes as their ex-partners moved on.

Here are Dr. Grenier’s top five good predictors you can be friends with your ex:

1) A relatively non-acrimonious separation and divorce: If your break-up was a vicious and pull-no-punches process, forget it. If, as Dr. Grenier puts it, it was more a matter of, “well, we’ve grown apart and we both still have lots of life to live so why don’t we call it a day?” then that’s one good sign a friendship is plausible.

2) There are no ongoing issues: If you’re still arguing about the family cottage, the family business, who got what – or anything else for that matter – these will likely remain bones of contention and obstacles to you becoming friends.

3) Everyone understands there has to be boundaries: Both ex-spouses (and their new partners if there are any) have to realize that this is going to be a different kind of friendship and that respecting boundaries is critical. What should those boundaries be? “That list is very hard to define,” says Dr. Grenier, “but some of us will know instinctively what they are. Some people will know to avoid talking about religion or finances, for example.” So you and your ex would have to rely on your innate judgment and knowledge of the other person to know what to avoid talking about (it definitely includes anything that makes fun of your ex in front of his or her new partner.)

4) If there is parity in the relationship: If you and your new partner are wealthy and your ex and his partner are poor, it won’t work. “Basically, if every year both couples can afford a vacation and every three years they both get a new car, that’s a good predictor,” says Dr. Grenier. So being in similar socioeconomic brackets is a significant factor.

5) The kids are a top priority: “This is the number-one predictor,” according to Dr. Grenier. “If there is a strong motivation among everyone to do what’s absolutely best for the kids, then there’s a basis for friendship.” (That includes ex-spouses and their new partners, so that would mean all four people need to be on board.) Dr. Grenier has seen exceptional co-operation among a few exes in this area, which he says results in “better communication and greater consistency, both of which are good for kids of any age.”

1) An affair was the root cause and he/she is the ex’s new partner: If your ex is now in a relationship with the person she/he had an affair with, well, forget it. “But if the ex is now with a different person, a person subsequent to the affair, then there’s a little higher probability it could work,” says Dr. Grenier.

2) If you’re a grudge holder: If either of you (or your new partners) is really good at holding on to resentment, kiss the thought of being friends goodbye.

“For the most part you usually see acrimony or détente among exes,” Dr. Grenier says. “Usually the exes and their new partners will show up at a graduation or a wedding and there’s an agreement that everybody is going to be civil, but there isn’t any going out for drinks afterwards. There isn’t socializing.”

Dr. Grenier says divorced people who become friends is indeed a rare situation, but he emphasizes it’s not impossible and he has seen it happen.

“Everybody has to be on the same page for it to work. But at a certain point you may need to ask yourself, ‘are we really trying to swim upstream here? Are we just fighting probabilities’?”