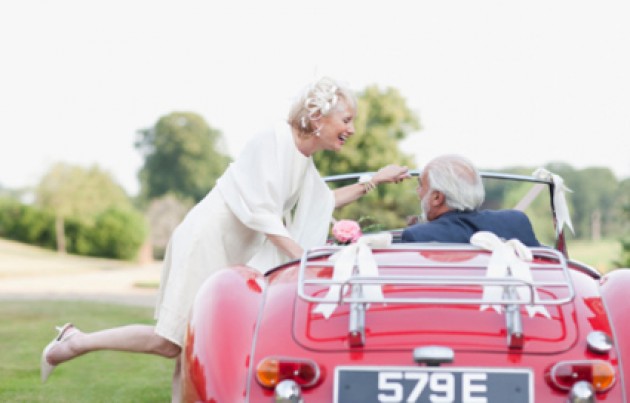 Spring is in the air, and vows are in the future for many Canadian couples, with more than 50 per cent of ceremonies generally taking place between May and September. In 2008, almost 150,000 took the plunge and although the average age of first-timers was 28 among women and 30 for men, Zoomers account for much of the subsequent trips down the aisle. The average age of once-widowed brides and grooms was 57 and 64 respectively; after divorce was,44 and 47 respectively.

When Tripta and Peter Trueman decided to tie the knot last year, a second wedding for them both, they didn’t go for a traditional affair, and asking for gifts from friends and family didn’t feel right. They looked to CanadaHelps for a philanthropic alternative and opened a Giving Page. CanadaHelps http://www.canadahelps.org/GivingPages/GivingPages.aspx is an online registry for charities and donors, and through micro-websites, you can ask supporters to give to the causes you care about for event fundraisers or for any occasion in lieu of gifts.

Owen Charters, CEO of CanadaHelps, says that although the Giving Pages program was established in 2005 to empower individuals in raising money on their own accord, donors began using it for events he didn’t anticipate like birthdays and weddings. After seeing a couple of these pilot “wedding registries,” Charters and his fiancée decided to follow suit – as an established couple in their early 30s, they were looking to consolidate not accumulate belongings, and a charitable registry was in harmony with their benevolent beliefs. They even went a step farther and gave CanadaHelps gift cards instead of traditional guest favours. Charters’ mother also used Giving Pages for her second wedding a few years ago. “They were combining two households and were like ‘We don’t need things and we want to keep this low-key’ but people always still want to give at weddings as a way to honour it and this was a nice alternative,” Charters reflected.

Couples can choose from any of 83,000registered charities. The Truemans are both litigation lawyers and pet lovers, so they chose Amnesty International and the World Wildlife Fund and received $1,425 in donations from well-wishers ­- it seems they couldn’t be happier with the decision. “The truth is, by now, one year after our marriage, we probably would have forgotten the gifts we were given and they honestly wouldn’t have made a difference to our quality of life.  The positive memories we have of using CanadaHelps.org will stay with us, hopefully for life, and were a great start to our marriage.”