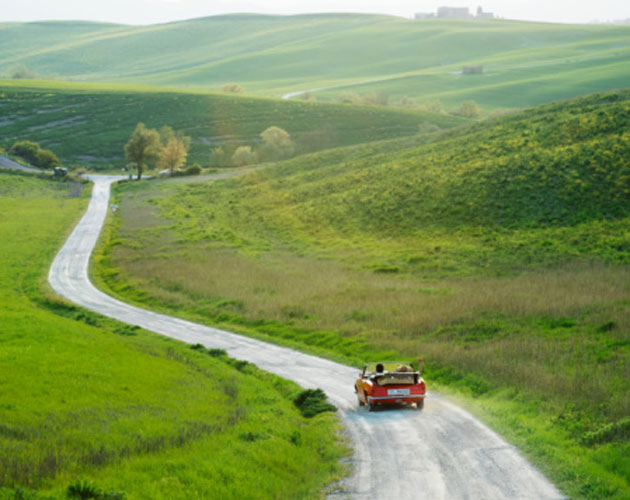 When she needed to inject some romance back into her relationship, Rebecca Field Jager got cooking.

A few years ago, after both of my children had moved out, I made a point of always leaving their bedroom doors open so I could poke my head in now and then for a kid-fix, a quick jaunt down memory lane. But in doing so, it was as if I let the rooms’ emptiness seep out, and it crept down the hallway, slowly making its way through the rest of the house.

Soon, our two-storey abode felt far too big, and I convinced my husband, Dan, that we had to move.

The new house was perfect. Perched on the edge of a lush ravine, it was large enough to accommodate the kids when they came home but small enough that the two people living in it would never be far apart. Yet it somehow seemed that we were even more distant. It was as if, in the chaos of moving, we had accidentally left behind the glue that held us together.

And like most things you take for granted, it proved to be difficult to replace.

But then one day, I read about “Cooking With Love,” a cooking tour in Italy specifically geared to couples. Participants could choose one destination and spend a week or two there, or travel to two or three different places, taking in classes along the way. Explorers at heart, Dan and I do well on vacations during which we are able to roam. I imagined us renting a car and cruising down to the Amalfi Coast from Tuscany.

“But why would anyone want to cook on a holiday?” Dan countered, after I had made the pitch. “Isn’t the point to get away from that type of thing?”

“Yes, but they say that cooking together brings couples closer together. The woman who runs the vacation said the trip could fix any troubled marriage.”

“It couldn’t hurt,” I offered weakly.

“Spending the money could hurt.”

“Yes,” I conceded. “But it would probably be somewhat less expensive than months of marriage counselling.”

Weeks later, we were on the plane.

Our first class took place in the small industrial kitchen at Forconi Estate, a bed and breakfast located about 25 minutes outside of Florence. The teacher, a no-nonsense local woman named Melina, set us to work side by side, slicing and dicing vegetables. Dan and I kept glancing at each other’s cutting boards, and I knew we were thinking the same thing. He was faster, but my pieces were more uniform. Don’t ask me when we became so competitive, but this was the petty kind of thing that would have had us bickering back home.

Wake me up when you’re finished with those vegetables.

Will do, but it looks like you were asleep while you chopped yours.

Here, however, it felt more like we were teammates sharing a common goal. As I watched Melina show my husband how to knead the pasta dough, I was struck by how intently he watched, how eager he was to learn. When we were first married, after painstakingly preparing a spectacular meal, I would whisper sweet culinary secrets in his ear, and he would hang onto every word. But that was years ago.

“Perfecto!” Melina declared of Dan’s dough’s consistency. I leaned across my own
blob of mush and kissed him. It took him by surprise, but he kissed back. Something stirred.

The next day, we bid our hosts farewell and headed to our next destination, Positano. We ended up getting lost en route to the coast, partly because, somewhere during the seven-hour journey, we slipped into a pleasant silence — he loving the thrill of increased speed limits, me daydreaming about moving here. But I suspect the real reason we couldn’t navigate our way was this: instead of following a trusty map, we were relying on my new BlackBerry’s GPS. It’s not like we’d discussed it or even bothered to figure out how it worked. It was just one of those go-with-the-flow changes you make with the presumption that if everyone else can do it, so can you.

So how were we to know that when the damn thing beeps madly it means you’re way off track?

“God, that thing is annoying,” I remember Dan commenting, no doubt as we passed our exit.

Hours later, we finally pulled into town, our pleasant silence now a stony one. But our foul mood was no match for Positano’s cliffside beauty, and we blissfully climbed the staircase to our suite as if it were the stairway to heaven.

We began the next day with a swim in the Mediterranean, the bottom of which was so pebbly you couldn’t walk ashore gracefully. As I picked my way out of the sea, I became aware that my husband, sprawled on a lounge chair, was watching me. I felt an unexpected wave of self-consciousness. My swimsuit was too small. My hips, too big.

“Everything you see I owe to spaghetti!” I called, stealing Sophia Loren’s famous line.

Later in the day, we learned how to make a three-course meal high above the blue sea, at Ristorante Lo Guarracino, where chefs Roberto Maddi and Pietro Milo taught us how to make focaccia, puttanesca sauce and baked sea bass.

“Love is the most important thing in life,” chef Pietro reminded us, setting the mood by deftly shaping the focaccia dough into a heart.

The mood continued over dinner.

“Geezus, this is good,” Dan exclaimed, cutting into his baked bass.

“I can,” he said and held my gaze. He was probably talking about the meal, but I like to think he was referring to our many years of marriage.

Thanks to the flexibility of the tour, Dan and I had scheduled two-day stays at each destination, attending one class per town. On our down days, then, we were free to do the regular tourist things, checking out the churches and museums, wining and dining at the restaurants, scouring the boutiques and shops. Day five of our holiday saw us on the island of Capri, where I clung for dear life to Dan as he raced our scooter along the narrow winding road up the mountain to our next class. Unfortunately, it was cancelled, but we enjoyed a wonderful lunch with the family who owned the bed and breakfast at which we were staying. Later that evening, as Dan and I sat on the patio outside of our room sipping wine, a child’s wail floated from the open window of the family’s home.

It reminded me of when the kids were little, the cranky bedtimes of days gone by. I used to pray for the day we’d be empty nesters. I imagined dinners by candlelight and Chianti.  I didn’t imagine evenings whittled away with Dan puttering in the garage and me reading on the couch. We talked about it. We agreed to change things.

By the time we arrived at our final destination, Ravello, we could hardly wait to tie on our aprons. I don’t know if it was the multi-sensory experience of cooking that got to us — the taste, touch and smell of it, the sound of the sizzle and the beauty of the bounty — or if it was the natural bond that develops when two human beings work toward the same objective. Whatever it was, we sauntered into our last class like a couple of pros.

After picking our vegetables from the lush garden on the property, we joined our hosts, Ranieri and Franca Fraulo, in their hotel’s massive kitchen.

They explained that the meal we were preparing was once considered “poor people’s food.” Flour, water and salt for the pasta. Everything from the garden for the sauce. Cheap stuff that is suddenly all the rage now that the world has discovered the health benefits of the Mediterranean diet.

Funny how such routine ingredients, when brought together in the right environment, can produce such an extraordinary outcome. Like this trip.

On our last night in Italy, I was curled up under the covers with a terrible cold. After tucking the blankets tightly around me, Dan, for lack of anything better to do, lay down on the bed, and we both listened to the rain pelting against the windows, the rising wind banging against our wooden balcony doors.

At some point, he curled up around me, and his breathing slowed and grew steady. I remember thinking that while this was not the stuff of romance novels, it was the stuff of marriage. A good marriage, battered and maybe a little worn, but worth salvaging.

And I remember thinking, too, that it was fitting we ended our cooking vacation this way: just the two of us — spoons.